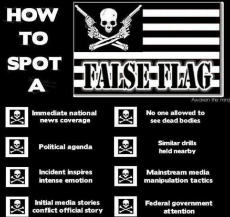 Let's start with a classic, the OKC bombing:
The OKC police found numerous undetonated bombs in the rubble of the Alfred P Murrah federal building
https://archive.org/details/news-footage-of-multiple-bombs-in-oklahoma-city-bombing-360p

The Oklahoma Geological Survey (OGS) recorded a seisomograph of the OKC bombing itself, picking up numerous different blasts on the day of the bombing
https://ia802302.us.archive.org/30/items/Seisom/Seisom.pdf

United States Airforce Brigadier General Ben Parton did an indepth report on the Oklahoma City Bombing which determined that the ANFO bomb described could have not done the damage it did to the Alfred P. Murrah federal building as the blast completely destroyed column B3, which was a steel-reinforced concrete pillar, column B3 was so far from the blast source that the truck bomb would only have subjected it to 27 pounds per square inch.
https://ia904504.us.archive.org/27/items/partin-report/PartinReport.pdf

More doubt on the official statements regarding the bombing comes from a man named Samuel T. Cohen, a renown explosives expert credited with the creation of the neutron bomb, his words on the bombing are as follows:
"I believe that demolitions charges in the building were placed at certain key concrete columns did the primary damage to the Murrah Federal Building. It would have been absolutely impossible and against the laws of nature for a truck full of fertilizer and fuel oil, no matter how much was used, to bring the building down. I concur with the opinion that an investigation by the Oklahoma State Legislature is absolutely necessary to get at the truth of what actually caused the tragedy in Oklahoma City."
https://ia902307.us.archive.org/3/items/cohen-letter/CohenLetter.pdf

Numerous survivors from the OKC Bombing vividly recall the building trembling 'like an earthquake' before the explosion occurred
https://ia601407.us.archive.org/1/items/final-report-pg-172/FinalReportPG172.pdf

Every single ATF agent called in absent to the Alfred P Murrah federal building on the day of the bombing itself
https://ia904508.us.archive.org/2/items/bible-aff/BibleAFF.pdf

A third leg was found in the rubble of the Murrah building which wasn't ever connected to a victim, dead or wounded
https://archive.ph/88Cp

Ontop of this in 2012 the FBI said that they had lost the OKC bombing CCTV footage and that it was unlikely to ever be found again when an FOIA request was made to have it released.
https://archive.ph/FhVaW

a Ryder moving truck was seen at the Camp Gruber-Braggs military base shortly before the OKC Bombing, the photos in question were taken in early April of 1995.
https://archive.ph/J1sGP 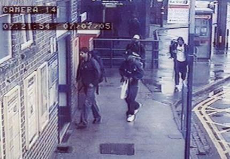 Peter Clarke, head of the Counter Terrorism Command at Scotland Yard stated that he spent the weekend before the 7/7 bombings simulating a terror attack on the London railway system which was referred to as 'Operation Hanover'
https://archive.ph/vpPfr

Independent investigations found that the supposed travel pattern of the bombers would've been impossible as according to the Thameslink database the 7:40, 7:46 and 7:56 trains were all cancelled whilst others were only delayed by up to 35 minutes.

Investigators reported finding traces of RDX, a high grade military plastic explosive, in the trains that were bombed - but the explosive they say was used now is TATP
https://archive.ph/xp8Dp#selection-1515.56-1515.69

Benjamin Netanyahu received foreknowledge of the bombings from the Israeli embassy in London, as he was staying in a Mayfair hotel to attend the 4th annual Tel Aviv Stock Exchange (TASE).
https://archive.ph/igu2a

An article written by Efraim Halevi, a former head of the MOSSAD, claims that the masterminds behind the 7/7 bombings were the same people behind 9/11, despite the London Police still believing that the whether or not the explosion was an accident caused by a power surge.
https://archive.md/KrpjI
https://archive.ph/21a7d
Anonymous
Sat, 10 Sep 2022 11:11:50 GMT
078e9e7
?
No.351686
That is what the Russians have said for decades. Western State terrorism on the own population is an old and refined practice.
Anonymous
Sun, 11 Sep 2022 20:28:52 GMT
3ab8950
?
No.351762
Some confirmed cases of false flag attacks (1/2):
Emperor Nero orders fires to be set around Rome and for the destruction to be blamed on Christians, leading to the first period of widespread oppression against Christians in the Roman empire.
https://archive.ph/krTcO

The Head Tailor of the Royal Swedish Opera is ordered to make a large amount of Russian military uniforms, which are then used by the Swedish government to stage an attack on Puumala and start the Russo-Swedish war.
https://archive.ph/AJtlL#selection-1679.0-1679.17

Francis Millen plots to assassinate Queen Victoria by blowing up the Westminster Abbey and then blaming the act of terrorism on radical Irish nationalists.
https://archive.ph/OffH8

Polish troops fake a mutiny from the Polish army and seize the Vilnius Region of Lithuania, under the pretext that the operation wasn't the act of the Polish government but rogue soldiers.
https://archive.ph/aDvtc

Japanese troops dynamite train tracks and blame the attack on China in order to justify an invasion of Manchuria, referred to commonly as the 'Mukden Incident'.
https://archive.ph/trmVF

The Soviet Union attacks the village of Mainilla near the Finnish-Russian border with artillery shells and blames the attack on Finland, leading to the invasion of Finland and the start of the Winter War.
https://archive.ph/Gac4i

The Soviet Union massacres 22,000 Polish civilians and military personnel and blames the massacre on Germany, referred to as the Katyn massacre.
https://archive.ph/SdFw1

The MI6 bombs 5 ships carrying Jewish refugees to Palestine and has a non-existent Arab militant group called 'The Defenders of Arab Palestine' take credit for the attacks.
https://archive.ph/PPCrh

The CIA hires Iranians to bomb buildings in Iran and blame the attacks on Communists as a way to undermine the rule of Mohammad Mosaddegh and cause an artificial uprising against the democratic government.
https://archive.ph/ulaBB

The US Government uses agent provocateurs in the COINTELPRO campaign which saught to undermine and blame violent acts of terrorism on political activists.
https://archive.ph/W6t22

The Israeli government hires Egyptian Jews to bomb American, British and Egyptian buildings in order to blame the attacks on the Muslim Brotherhood so Americans and the British keep fighting the Arabs.
https://archive.ph/L6bgu

Turkish PM Adnan Menderes admits to ordering the 1955 Bombing of a Turkish consulate in Greece in order to blame the attacks on Greeks and inspire anti-Greek race riots and mob violence.
https://archive.ph/5KvcW

NATO, the CIA and the Pentagon stage acts of terrorism across Europe and fund far-right extremist organizations, referred to as 'Operation Gladio'.
https://archive.ph/gWb5n

Harold Macmillan and Dwight Eisenhower approve of a joint CIA-MI6 operation to stage attacks in Syria and blame it on the Syrian government in order to speed up the process of regime change.
https://archive.ph/xNA95

Declassified governments reveal that facts on the non-existent 'Gulf of Tonkin' incident were intentionally warped in order to support the narrative that North Vietnamese troops attacked the USS Maddox.
https://archive.ph/Nw9lt

The Turkish military sets fire to a mosque in Cyprus and blame it on Greeks in an attempt to stir up anti-Greek sentiment in the Turkish public.
https://archive.ph/yvOEn

Two hand grenades are thrown onto the stage at Plaza Miranda, killing 9 and wounding 95 - this is then followed by the 1972 Manilla bombings.
https://archive.ph/e8D3q

A series of 20 explosions happen across Manilla after the Plaza Miranda bombing, helping to serve as a justification for martial law to be declared across the Philippines.
https://archive.ph/skPqV

British military officers massacre 5 people, including 3 members of the Miami Showband in an ambush attack on A1 road.
https://archive.ph/XT8FO

The KGB detonates an IED on the Moscow Metro system then falsely pins the blame on 3 Armenian Nationalists and has them executed.
https://archive.ph/btsEm

The German goverment stages a bombing on the outer wall of a prison and attempts to blame the action on the 'Red Army Faction'.
https://archive.ph/2DV56

A bombing plot is exposed at the Riocentro during a Mayday celebration with the intent to blame the deaths on left-wing militants.
https://archive.ph/D0VEj

The Yugoslavian government carries out a series of bombings targeting Jewish buildings and cemeteries in order to paint Croatia as a pro-fascist country.
https://archive.ph/xnGch

The Indonesian military pose as agent provocateurs in the 1998 May riots, as revealed by an Indonesian fact-finding team.
https://archive.ph/jDfly

The Russian FSB stage a series of bombings at apartment complexes across Russia in order to justify an invasion of Chechnya.
https://archive.ph/U2zWT

Macedonian officials lure 7 Middle Eastern migrants into Macedonia then have them all killed, trying to pass off their deaths as slain al-Qaeda militants as a way to justify Macedonia joining the US led 'war on terror'.
https://archive.ph/W7TYh

Israeli soldiers admit to throwing stones at other IDF soldiers whilst posing as Palestinian rioters in order to justify cracking down harder on Palestinian protests.
https://archive.ph/SuhAq

Georgian militants stage attacks on two buses near the border between Georgia and Abkhazia in a bid to blame the violence on the Abkhazian government.
https://archive.ph/Clrhs

Plainclothes police officers are seen attempting to incite crowds to violence at the G20 protests in London.
https://archive.ph/tTCbL
Anonymous
Sun, 11 Sep 2022 20:31:06 GMT
3ab8950
?
No.351763
(2/2)
Egyptian officials order agent provocateurs in the government to loot artifacts from museums around Egypt in order to blame the thefts on protesters.
https://archive.ph/LUPVC

Mexican civilians admit to being paid 300 pesos to 'destroy everything in their path' in a bid to discredit people protesting the swearing in of the Mexican president in 2012.
https://archive.ph/SEJJP

Agent provocateurs paid by the Mexican government are brought to the site of the 2014 Iguala kidnapping protests in military vehicles.
https://archive.ph/IdDxq

Russia sends active military into Crimea in a hostile takeover whilst trying to pass off the soldiers as members of civilian self-defense organizations.
https://archive.ph/OhDVC

A man detonates 3 pipebombs on the Borussia Dortmund team bus and blames the attacks on Islamic terrorists as part of an elaborate market manipulation scheme.
https://archive.ph/AYjf5

A 19 year old Israeli teenager sends over 245 bomb threats to Jewish community centers around the United States whilst impersonating a white supremacist.
https://archive.ph/rWQH0

Internet troll Joshua Goldberg attempts to incite Islamic terrorist attacks in Australia, seemingly as a continuation of his actions in 2015.
https://archive.ph/eTyDg

The FBI sets up an entrapment scheme revolving around the kidnapping of Gretchen Whitmer, who was at the time the democratic governor of Michigan.
https://archive.ph/QgjhN 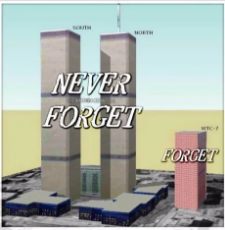 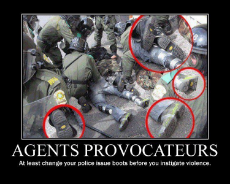 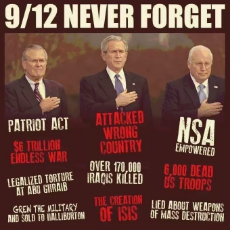 >The Vietnam War Gulf of Tonkin Incident - (5:00 long)
>On August 2nd, 1964, the USS Maddox destroyer was supposedly conducting reconnaissance in the Gulf of Tonkin when fired upon by North Vietnamese forces in Swatow gunboats. The Maddox, however, was not on a reconnaissance mission; it was part of a joint CIA-South Vietnamese covert intelligence operation called ‘Operation Plan 34A. Once again the people were manipulated into believing a false-flag reason for entering the Vietnam War. This time the public was told a friendly ship came under unprovoked enemy attack, when in fact our ship was the aggressor.
https://odysee.com/@EricDubay:c/The-Vietnam-War-Gulf-of-Tonkin-Incident:d
Mirror:
https://www.bitchute.com/video/HGxd32KlgFnW/
Anonymous
Sun, 18 Sep 2022 20:14:14 GMT
2fb7fad
?
No.352280
File (hide): 70F214AEDA0B7FB2B0BDC9D53E465946-796315.jpg (777.7 KB, 1280x720, 3aa4f24f7ce05838.jpg)
[Bing] [wait] [Tineye] [Yandex]

>Top Secret CIA Declassified Operation Northwoods - (5:40 long)
>The recently declassified Operation Northwoods documents kept Top Secret for 40 years outline a US government plot to kill hundreds, probably thousands, of American citizens for political gain. In 1962, President JFK’s Joint Chief of Staff General L. L. Lemnitzer masterminded the Northwoods plan in order to start a war with Cuba. The American people certainly did not want a war and neither did Castro, so a series of false-flag operations were designed to cause a “helpful wave of indignation” and get the people behind a war. The methods to be employed were many and varied from starting rumors using clandestine radio, to sinking and setting fires to US ships, dressing like Cubans to attack US bases, blowing up ammunition/planes, starting fires/riots, and last but not least, hijacking and shooting down a commercial passenger plane. The document actually says that “Casualty lists in U.S. newspapers would cause a helpful wave of indignation.” They even planned to “conduct funerals for mock victims” to gain added public support if there weren’t enough real victims. All this was already approved and signed by every Joint Chief of Staff and the Secretary of Defense when President John F. Kennedy received it. Thankfully for us all, JFK refused to sign the Northwoods document and the plan was never carried out, but its very existence proves that the government is certainly not always friendly and looking out for our best interests.
https://odysee.com/@EricDubay:c/TopSecretCIADeclassifiedOperationNorthwoods:e
Mirror:
https://www.bitchute.com/video/PFZA7jxgDGLJ/
Anonymous
Wed, 21 Sep 2022 01:36:29 GMT
371b3c2
?
No.352428
File (hide): C257937DEBFBE492995AE37BE3571496-2332848.mp4 (2.2 MB, Resolution:270x480 Length:00:01:21, Cohen-cidences.mp4) [play once] [loop]
[Bing] [wait] [Tineye] [Yandex] 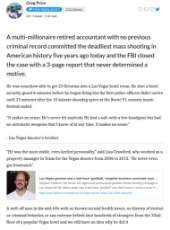 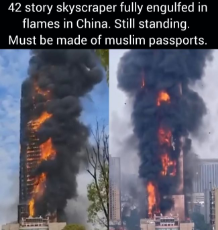