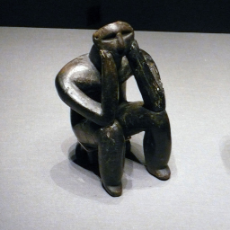 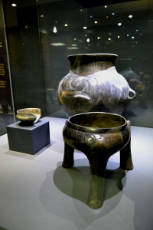 Why Isn't This Taught in School?
Anonymous
Wed, 31 Aug 2022 20:31:35 GMT
d076e56
?
No.350842
350844 351101
Europe was home to the world's very first civilization known as the Old European or Danube Valley Civilization. The civilization smelted copper as early as 4,500 BC, a full 1,500 years before the Egyptians or Sumerians. Old Europeans had small cities that were larger than the early Sumerian cities and they at least had proto-writing and possibly a full writing system.
Anonymous
Wed, 31 Aug 2022 20:47:14 GMT
db3c0ce
?
No.350843
350844
I recall reading about this in A.P. World History. Are you sure it isn't taught in schools?
Anonymous
Wed, 31 Aug 2022 21:30:31 GMT
2fd78b7
?
No.350844
350850 350864
>>350842
>>350843
It may or may not be taught at this point, it probably depends on what you study and where you study it. The obvious /pol/-schizo explanation for why something like this might be kept under wraps is that it conflicts with the "one human race" ideology dictating that all of humanity is a single species descended from one common ancestor, as well as the "out of Africa" theory which posits that everyone is descended from Africans. However, my understanding is that even conventional academia admits at this point that the "out of Africa" theory is false, and that various levels of civilization arose in pockets at different points around the world.

As far as what's taught in grade schools and high schools and whatever these days, I don't know; I also haven't been inside a college in a long time so I'm not sure just how pozzed everything is gotten (memes usually have some truth to them but also tend to be exaggerated). But my guess is that if you study anthropology or anything else at a serious level, you'll eventually come through this at some point.
Anonymous
Wed, 31 Aug 2022 22:02:18 GMT
db3c0ce
?
No.350850
>>350844
>it conflicts with the "one human race" ideology dictating that all of humanity is a single species descended from one common ancestor, as well as the "out of Africa" theory which posits that everyone is descended from Africans
These sites in particular don't necessarily contradict those, tbh.
>even conventional academia admits at this point that the "out of Africa" theory is false, and that various levels of civilization arose in pockets at different points around the world.
This is also true.
>it probably depends on what you study and where you study it.
It's because schools are starved for resources and understaffed, so they don't necessarily go into major detail on every points in history. Even Egypt and Sumeria are glossed-over unless you take classes that study them in detail.
It's often in the textbook/curriculum, if you bother to read the parts that aren't essential to your assignments.
Anonymous
Thu, 01 Sep 2022 01:22:18 GMT
7f8b9b1
?
No.350864
350867
File (hide): C586DBA08FC37EF507F2DA37E7710C10-110187.png (107.6 KB, 450x577, what.png)
[Bing] [wait] [Tineye] [Yandex] 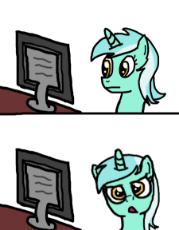 >>350844
>The obvious /pol/-schizo explanation
Are you sure you landed in the right board?
Anonymous
Thu, 01 Sep 2022 01:47:39 GMT
db3c0ce
?
No.350867
>>350864
He's not wrong, tbh.
Anonymous
Sat, 03 Sep 2022 00:58:45 GMT
15b6ef8
?
No.351056
I attended HS in the '80s and this was definitely not in our textbooks and I usually read the entire damn book, even the part that wasn't assigned.
The reasons Old Europe isn't taught or isn't emphasized is:
1) Much of the early research into the Danube Valley Civ. was done during the Cold War and published in Eastern European academic journals that Western archeologists didn't have access to. Additionally, it wasn't considered cool to regard Soviet science seriously. The Russians didn't help their rep with their numerous lies and half-truths.
2) Academic politics. Egyptologists and Assyriologists want the civilizations they study to be the very first ones.
3) Politically correct politics. Do you really think most of the leftists in control want to admit that Europe was the cradle of human civilization?
4) There was some controversy involving Marija Gimbutis (sp?), the foremost Indo-European scholar and a major Danubian scholar too. She exaggerated and extrapolated based on her personal extreme feminist views which caused a big backlash against her theories on Old Europe.
Anonymous
Sat, 03 Sep 2022 10:53:12 GMT
78f855a
?
No.351101
351108
>>350842
>Why isn't this taught in school?
The same reason you're not taught about anything before 1900 with few exceptions. Only recent history is of enough relevance in day to day life to be worth spending class hours on it.

Only two things really matter in public education:
Can it make you a productive citizen?
Does it align you with the state agenda?

Anything else expends limited time and resources for no return. You could make the argument that knowing where we ultimately came from can instill a sense of national pride, but as you're well aware, national pride is widely considered unfashionable these days. What you should really be asking is why Latin isn't a mandatory class in higher learning anymore, especially considering that it's a gateway to Greek philosophy, which is the very bedrock of western thought and civilisation.
Anonymous
Sat, 03 Sep 2022 15:06:49 GMT
ec0caba
?
No.351108
>>351101
Niggers can barely speak english. Make Latin education mandatory and you'll exclude them from education. Which is a good thing, education should separate the smart from the stupid and prepare everyone for a job they're capable of, and nogs are barely intelligent enough to run african farms under the ownership and leadership of white people.
8 replies |  3 files |  7 UUIDs |  Archived
;
[Go to top] [Return] [Catalog] [Archive]