The core members of Queer Satanic are: Nathan Sullivan, Leah Fishbaugh, David Johnson and Mickey Meeham (former). They are the members named in the Temple of Satan’s lawsuit.
https://twitter.com/QueerSatanic
https://queersatanic.com/
https://the.satanic.wiki/index.php/The_Satanic_Wiki (a wiki they run)

Leah Patrice Fishbaugh
4131 Wallingford Ave. N
Seattle, WA
Twitter: https://twitter.com/JohannaBlack253 (believed to be Fishbaugh)
Fishbaugh ran the GoFundMe page that raised money to fight the group’s lawsuit. She works for TeenTix and used to work in a cat café (so she could get cats to sacrifice?). She’s allegedly in a relationship with Johnson.

David Alan Johnson
DOB: 04/11/88
Seattle Area
He ran the website and social media pages for the group. He’s banging Fishbaugh and some guy named August. Johnson may have been the guy who had his kit stolen at CHAZ/CHOP.

Mickey Ann Meeham
Aka Joshua Calavera
Seattle Area
DOB: 08/05/82
Twitter: https://twitter.com/JoshuaCalavera
This F>M tranny and former member was kicked out of Queer Satanic for being too evil even for Satanists. It was charged for abusing a 2 year-old and had a red flag firearms confiscation order. Meeham filed for bankruptcy due to the Temple of Satan lawsuit.

Jack Sullivan
New York City
He’s affiliated with Queer Satanic although he may never have been a member. He’s a Satanist who hates the national chapter. Sullivan likes to wear commie-themed clothing. He works in the carnival show “Satanic Bingo Night” and is a member of the Satanic group “League of Rebel Eve”. 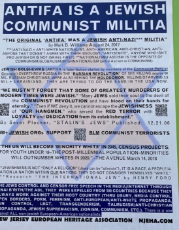 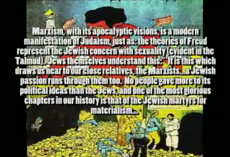 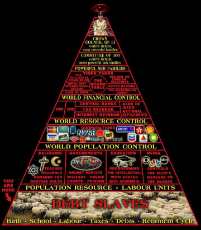 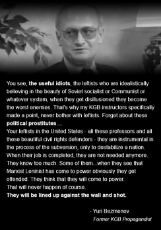 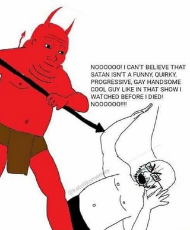 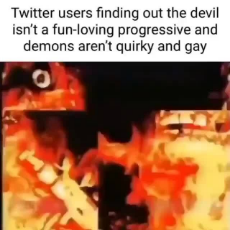 Regardless of whatever "true Satanists" think of communism, the antifa LARPers that the thread is about certainly think they are. It's common knowledge that edgy left-wing anarchkiddies larp as satanists just because they hate Christianity.
>>350440
>The group left the Temple of Satan and the national group declared an unholy war on Queer Satanic over intellectual property. Note that the national Temple of Satan organization doesn’t seem to be into Antifa or left-wing politics.
It's hilarious how petty this is. Imagine if factions of other religions sued eachother over "Intellectual property". This is my first time of hearing about anything close to that outside of Scientology.
What makes them think they own the rights to satanic symbolism? Can any one organization truly own religious iconography? Can Catholics sue Protestants for copyright infringement? Can Sunni Muslims sue Shia Muslims for it? Is every Hindu idol a trademark logo? If they win the lawsuit, I bet a bunch of Jews would start suing eachother too.
Anonymous
Sat, 27 Aug 2022 15:46:15 GMT
132f000
?
No.350525
File (hide): B459D76FD93ED54F6F61E7993465102B-596439.png (582.5 KB, 1249x394, Heil Satan!.png)
[Bing] [wait] [Tineye] [Yandex]

I was one of the people in the group that did this dox. From our research, the national Temple of Satan organization, witch is based in Salem, MA, has no affiliation with left-wing groups. The founder, Lucien Greaves, used to be buds with Milo Y. and he was quoted in an interview saying, "Like, I think it's okay to hate Jews if you hate them because they're Jewish and they wear a stupid fuckin' Frisbee on their head". One of the other leaders of the national temple, however, is Jewish.
The local chapters, other than the Seattle area temple, seem to be filled with run-of-the-mill liberal types but not really anyone to the left of the Democraps.
I'm not sure about the motivation of the temple. It kind of seems like a scam to make money while having fun pissing people off which I guess makes it like any other religion.
Anonymous
Sat, 27 Aug 2022 18:53:17 GMT
9b90cb1
?
No.350528
>>350520
see: islam.

mohhamud was a femenist. :^)
Anonymous
Sat, 27 Aug 2022 19:08:07 GMT
9b90cb1
?
No.350529
350532
thinking satanism is about empowering individuals that arent satan himself is even dumber than thinking communism is about empowering anyone other than the (((bolsheviks))) and their party leaders. both ideologies are satanic. judaism and islam are also satanic in nature. satan is a liar and deciever yet you trust a religion named after him as not being deceptive. communism is no different. neither is judaism or any other religion centered around demon worship.

>>350532
Just to educate you really quick. Talmudism is not of abrahamic origin in the slightest. modern jews are talmudists. Jesus spent his entire life speaking against them and christianity is an outright rejection of talmudism, pharisees, and sadducees. Islam is a faith that stems from mohammad the "prophet" that had a run in with a literal demon that physically attacked him.

You obviously lack basic critical thinking if you think a demon of deception "whos native tongue is lying" isnt lying to its followers. both "judaism" and islam do this and argue lying and deception is acceptable to accomplish goals if the ends justify the means.

The talmud is the highest authority in talmudic faith. Not their god that they despise. Saying they simply "have" it is an understatement. The religion is called talmudism, why are you playing their game by giving it the same name as their race? Saying judaism to describe their religion is fairly new. it has always been talmudism even prior to the ashkenazis adopting it as their official faith.

>Judaism, islam, AND CHRISTIANITY are ALL based on Abraham.
Yes, literally "judeo christian" which you were called out for bringing up. Yea, thats wrong. its not historical fact. Its a neocon attempt to make christians look favorably upon jews and israel.
by this very standard satanism is also abrahamic, moreso than christianity because it directly stems from talmudism. communism is a secular religion created by jews and is in full compatability with the talmud. a cohencidence im sure.

The entire bible describes satan as a deceiver. That's kind of his entire point. He's a liar. Jesus said him, like his children (the jews) their native tongue is lying. He also likes music. 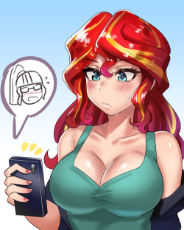 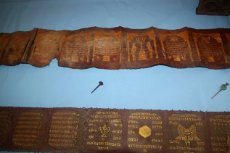 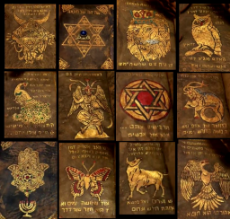 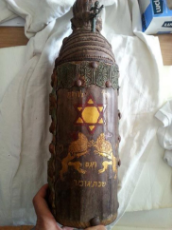 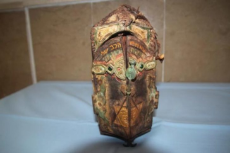 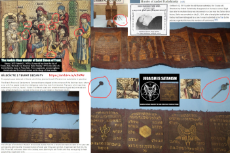 >>350546
OK, before i get into you conflating the church of spergs with satanism, lets talk about jews and their religion and where satanism actually comes from (hint: its jews rejecting God, much like talmudism, islam, and communism)

To turn that first question on you. what does the torah have to do with judaism? They certainly dont follow it and the talmud has a higher authority in their faith than the torah. Pics related. 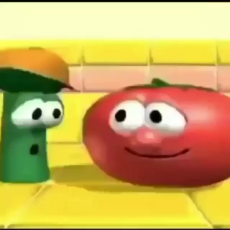 >>350553
>I'll address
Your knowledge of theology is below that of a veggie tales viewer. You are not an authority on any related subject. Stop posting and lurk more or just go back to reddit where you can find people to agree with you.
Anonymous
Sat, 27 Aug 2022 22:48:03 GMT
d4d4e1c
?
No.350555
350587
>>350550
First off, no one has contested that jews engage in child sacrifice. Zero. So, you presenting images of jews engaged in child sacrifice is a 'well duh' 'proof'.
Secondly, Ive already referenced that what is commonly viewed as 'satanic' imagery is derived from previous sources. Which is to say (again) 'well duh', the jews associated a previous tradition with their own activity, which they were engaged in both (utilizing/usurping older traditions AND doing child sacrifice).
This alludes to the intellectual laziness that is prevalent when critically assessing one tradition over another, where one/many assume that 'what has been done by people who prescribe to 'this' philosophy are the same as ALL who have prescribed to this philosophy, throughout history that vastly predates the offending group in question'.
>what does the Torah have to do with Judaism
Aside from it being their principle revisionist-history document, from which they purport to have any metaphysical legitimacy? Literally, if one can conclusively observe that the Torah/OT is a modified document (which it literally is, sorry Christians but ur first book is jewish lies) THEN it stands to reason that contemporary Christians who give ANY non-critical weight to it are retarded. And Abrahamic. Sorry, didnt mean to be redundant, there.
Now then
>hurr, it's jews rejecting God
Incorrect. The CoS rejects (your) perception of God, and the lies that surround it. Their use of the term Satan is for polarity. Being that Abrahamism is the dominant ideology of the world, they use the term to separate themselves as the antithesis of Abrahamism. They get lots of things wrong in that pursuit, but get credit for pursuing a scient position that is unencumbered by the dictates of a really old book that by the way was in the hands of jews for longer than other historical records can detail.
>like Islam
LOL, Islam is far more faithful and devout than (((christianity))), in that they recognize the Jewish subversion of the OT, which is the basis of their exhalting of Mohammad. I disagree with their conclusions, but at LEAST they acknowledge that the OT is a flawed and unreliable "historical record".
>those 12 images
Golly, one wo ders if there arent a number of correlatable numerical/systemic traditions that involve 12. Jeepers creepers, maybe theres MORW history tonthis than 'hurr, jews use these symbs, therefore jewish'.
Fucking rubes.
Anonymous
Sat, 27 Aug 2022 22:49:21 GMT
d4d4e1c
?
No.350556
>>350554
>y... you dont know!
Thats not what the evidence suggests. Ask more, Ill be happy to continue pouring salt in your wounds
Anonymous
Sun, 28 Aug 2022 03:57:32 GMT
1f8b200
?
No.350580
Doesn't the jew bible say something disgusting about eating or doing kids? To pretend these jewish stereotypes come purely from imagination when their holy book tells them to be evil is asinine.
Anonymous
Sun, 28 Aug 2022 04:07:21 GMT
b3c0de3
?
No.350582
350587
File (hide): 547CE60982380D7EB8A076B35EFECBCD-521068.png (508.9 KB, 611x436, ju1.png)
[Bing] [wait] [Tineye] [Yandex] 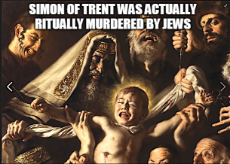 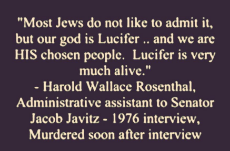 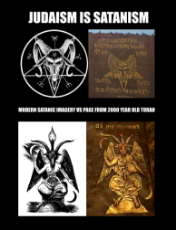 >>350555
>So, you presenting images of jews engaged in child sacrifice
>torah/OT
That book in the image with the satanic imagery -is- the torah, dumbass. It's clearly not the first 5 books of the old testament.
Stop sucking down jewish propaganda and repeating it to others thinking youre enlightened.
Lurk more, redditor. 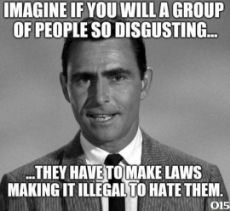 >>350587
>second vid
Their gross lust for money reminds me of the gypsies.
Anonymous
Sun, 28 Aug 2022 06:37:02 GMT
d4d4e1c
?
No.350591
350592 350598
>>350587
>its clearly not the old testament
You might be unpleasantly surprised then. The torah is the document from which the OT is based, ergo if the puctures depuct the torah they also depict the OT. You cant have the old testament except by the Torah, no matter how you try to whitewash christian history. They are of the same tree, and a corrupt tree bringeth forth not good fruit.
>redditor
There it is again. Look, this whole thing of throwing out wanton terms against everyone anon doesnt like has gotten fucking old and retarded a long time ago, and it isnt aging any better. You and I both know how spurious those terms are, so shall we play it out,... again?
You and I both know that your use of such term is completely dishonest, and I have the receipts. 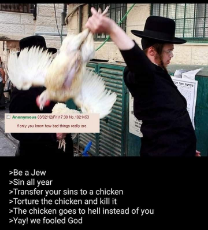 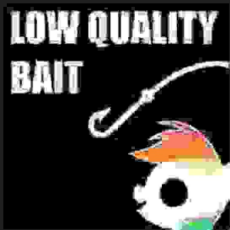 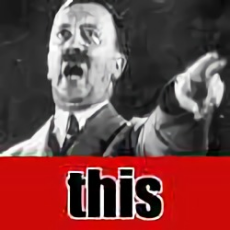 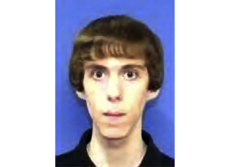 Autistics make great mass shooters too. All that attention to detail so every last student takes a bullter.
Anonymous
Wed, 31 Aug 2022 20:30:54 GMT
1f8b200
?
No.350841
>>350839
>Why are all these socially awkward young white men demonized for the colour of their skin turning on the communities that spurned them and abused them and deciding violence is the only option? The shooters must be to blame!
One day, for no reason at all, some kid became obsessed with violence and mass shootings for no reason at all. Rinse and repeat the narrative the next time some bullied outcast snaps and his bullies out themselves as sociopaths by demanding the banning of all guns, only to cry and cry and cry and cry and cry if their rights are infringed upon and they are forced to wear clear backpacks.
Anonymous
Thu, 01 Sep 2022 01:28:53 GMT
fea09db
?
No.350865
File (hide): 310D55B299E1EE56E6B62F454409C92C-196016.jpg (191.4 KB, 678x1024, mass shooters - all non-european.jpg)
[Bing] [wait] [Tineye] [Yandex] 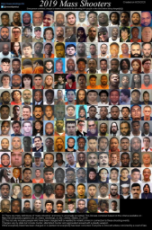 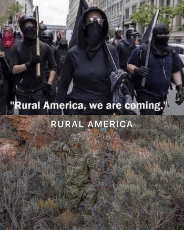 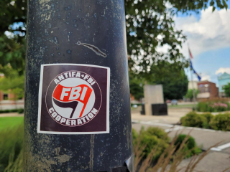 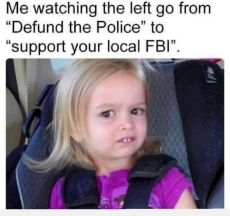