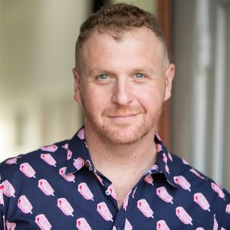 he took control of the show since season 2, but he never really revealed it or hinted at it until an unrelated interview after magical mystery cure finished airing 3 months later, he never really talked about it until he started tweeting about writing the movie and then confirmed it in an interview and once again until the leaks finally came to surface revealing he wasn't just lying and pretending like Jim Miller was, he really was the motherfucker editing all the scripts to give his flavor of shit to all the episodes you watched and even then people still love putting it under question even after all the leaks that it could had been the Hasbro Studios investors and not just him despite him stating "creative vision" and confirming he edits the scripts and he gives awful guidelines on how to write the characters as stupidly parody-oriented as possible.
The guy who predicted Vogelfag himself said that he originally blamed Jayson Thiessen and James Woottoon for all the trash writing until Vogel made his presence heard.