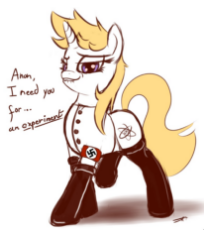 >>308002
>A dark and stormy night.
>Wind howls, rain pours, lightning cracks.
>A lone castle, sides slick with wet, grey, cracked stone sits atop a small mountain.
>A small, beaten path, paved with cobblestone bricks leads from a nearby town, the inhabitants of which have long been silent about the goings-on of our forsaken fortress.
>A mad Aryan man, whose hair has long since been pulled out over the painstaking pre-silicone computations of many a differential equation, those that might even make Twilight Sparkle groan in a sense of boredom and dread, half-cackles, half-giggles to himself as electricity slowly crawls between antennae until they dissapate, until a new band of pure expended energy forms to take the place of the last.
>Dials turn, switches are hastily flipped to the sound of his pacing and scheming, crazed confidence building as he watches meters flit back and forth faster than right arms extend in the presence of der Führer.
>An almost violent cackle erupts and then vanishes as quickly as it came. The doctor looks up, eyes following the rhythm of his various measuring instruments, bubbles finding their way up in variously colored solutions here and there, some quick, some slow.
>"Herr Möller," said the professor.
>"What is it sir," said a dull, but responsive voice, coming from a corner yet unseen.
>"It is time," said the doctor.
>"Yes, doctor," said Möller.
>Herr Möller ambled over to a large lever, a squat hunchback with one eye closed and crooked as the rest of his gait.
>"Yes, my newest protégé... pure as the whitest of Aryan students..." mumbled the doctor to himself. "She shall never lust or want, her interests strictly that of the dictates of der Führer and myself, not a colt in sight..." he went on, as though it were all coming to him for the first time.
>The movement of a large steel, poorly oiled joint groaned and snapped the doctor once again out of his machinations.
>He moved around a pale blue square, the pure center of an otherwise darkened, blackened room.
>"Yes... to harness the power of both magic and science, to fool the fabrics of friendship and technology to create something at their very dividing line..." said the doctor to himself, almost threateningly and with glee.
>"The antennae are up, sir," came the same dull voice from before.
>"Wunderbar!" Yelled the doctor, almost a screech. "Wunderbar..." he trailed off, as if to sense a change of some mystical power in the air.
>He took the last few steps around the almost cave-sized pool of water, now with a slight glow to it, to a hand-sewn plush resembling the most blonde and blue-eyed of our little ponies.
>"And the horn..." said the doctor to himself. "Herr Möller," he called now, again across the room, as they had become distant during their last few movements.
>"Yes, sir," said Möller, eager to please and not much more.
>"Have you sewn the horn with the utmost care?" Said the doctor, afraid to tug at it just yet.
>"Yes, sir," said Möller. "Triple-sewn," he confirmed.
>"Good! Good..." said the doctor. "That should surely keep it from falling off..." he said, making the last of adjustments to the plush as it sat affixed to a small contraption, also of Herr Möller's making.
>Time seemed to stand still. The doctor, though he had been acting erratically mere seconds earlier, affected a state of calm, waiting for the right moment. His hand fell to the lever that he himself had fine-tuned. He ducked, that he might not see his own reflection in the now glowing pool. The rain could be heard, blown by the howling wind outside.
Anonymous
Sun, 09 May 2021 05:48:56 GMT
472ea8f
?
No.308081
File (hide): D0786BF31B7DA7619B2322F0623A6D4C-245758.png (240.0 KB, 1046x1320, 1620539278.png)
[Bing] [wait] [Tineye] [Yandex] 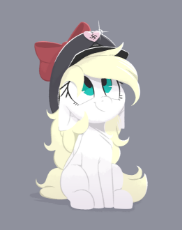 >As if by scientific precision, a poisson distribution manifest, he pulled the lever and the plush cascaded over the pool as if to look at itself.
>The crack of thunder filled the room and echoed across the empty halls of the castle, the electrical apparatus strewn about creating a void where there would have been a steady hum, contrasting with the crackle that blitzed across the pool.
>Herr Möller let out a little laugh as he started to make his own way over to where the plush was situated. The technology of the lab, despite suffering a mild blackout, came back online. One or two of the machines started to rock with the power of bending the shapes of reality.
>An exerted yelp came from the center of the room. A bit of splashing, as the doctor reached into the water, not quite yet discharged from the lightning strike that had just given it life.
>Herr Möller picked up his pace as he made it to the center of the lab with the doctor, and reached in himself, grasping at the horn of a unicorn, no longer soft and sewn but hard and made of magical bone.
>"She's really struggling, sir," said Herr Möller, tightening his grip over that of the doctor's.
>More thrashing, splashing at the surface, a sort of reverse drowning, with neither our human counterparts allowing themselves to think of what would happen if the pony that they had called from the aether would allow them to be tugged into the mirror pool.
>"Almost there, Herr Möller," cautioned the doctor, "you must know by now why I had asked you to fish by the stream all these months."
>The small equine on the other side of the surface stopped for a moment, and looked at the both of them, as if to size them up. They relaxed their grip; as an unwilling protégé was no protégé indeed, and gained just the amount of trust necessary to pull her up and out of the now rippled blue canvas.
>"Up you go!" yelled the professor, giddy.
>"She's quite a catch, sir," said Herr Möller. "A horn really was necessary," he added.
>"She lives!" shreiked the doctor.
>The pony broke the surface of the artificial pond, both men grasping at her forelegs and then haunches to pull her further into this world. With one last spirited yank, the men pulled her back, and collapsed on the cold, stone floor, as the new pony's hooves awkwardly clopped in between them on the mare's newfoud weight.
>"Der Führer will be well pleased..." mused the doctor, and rested his head.
Anonymous
Sun, 09 May 2021 05:50:03 GMT
472ea8f
?
No.308082
308083
Hope the colors aren't a bother, I tried to make sure they were bright enough for the Tomorrow theme and dark enough for the usual board color.
Anonymous
Sun, 09 May 2021 06:21:59 GMT
9d10848
?
No.308083
308131
>>308082
They're perfect.
Anonymous
Mon, 10 May 2021 01:58:46 GMT
0d70f25
?
No.308131
File (hide): 28B0E7F2BB4374D5CFEAAD89DA6BA003-1080476.png (1.0 MB, 2263x2210, 1620611379.png)
[Bing] [wait] [Tineye] [Yandex] 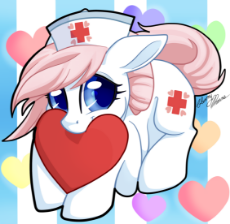