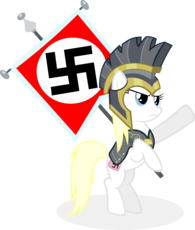 GOMMUNISM EAR-RAPE DAY OF THE ROPE
Anonymous.
Wed, 24 Feb 2021 06:36:11 GMT
5c63adc
?
No.302235
302246
Poners!, as you may have noticed, zobiet memes have become the indisputable political meme since late-2020, and there's no sign of it loosing momentum, it has spread rapidly taking over multiple fandoms and communities across the net, fueled by one-way censorship policies, and a neutered 4/pol/, it has become a force to be reckoned with, yet for the nature of the situation, counter-measures remain highly limited.

This is the thread to discuss and organize the much needed blow that the commie push has been lacking since mid-2020, here's my bet:

>nazbol memes, appropriating the symbology in the process will either give us a platform to spread our ideas, or force an actual equal censorship of the "extremes", this is more likely now that Biden's been having trouble with the antifas

How do we do this?

>Stalin era USSR offers a great deal of memetic power
>For one, the guy was most certainly an 'ebil waycist'
>Segregation and mass deportations of minorities
>Even after his death, his inner circle insisted that it was all a Jewish plot
>THE LITERAL INNER CIRCLE OF STALIN INSISTED THAT THE JEWS HAD KILLED HIM!
>Mass executions and deportations were planned but the group never managed to regain power
>Thus, the liberalization process begins, and the USSR crashes as minorities nearly overtake the ethnic russian population

Since WW2 is the most fundamental part of this meme sub-culture, you'll be basically ravaging 'em entirely if you pull it off.

Anonymous
Wed, 24 Feb 2021 07:37:05 GMT
6a77069
?
No.302240
302249 302253
Communism memes are commonly repeated and incredibly weak.
You just play that same fucking USSR anthem over and over but maybe with a gimmick like playing All Star over it or you reuse the tired old "My x? No OUR x" joke or you just randomly dress a character like Shrek or Naruto or Batman or Bugs Bunny or Johnny Test in a commie outfit or you repeat some stupid out of context quote from the commie manifesto like "sieze the means of production" or "proletariat" or some shit like that.
Fucking Big Chungus and Pickle Rick memes have more creativity to them because at least their fans are willing to joke about how creatively bankrupt they are.
No commie was ever swayed by commie memes. Commies are only ever a product of intense indoctrination from schools and jewtube vids and commie circlejerks.
Anonymous
Wed, 24 Feb 2021 10:10:12 GMT
678006f
?
No.302246
File (hide): B904ADA22FE9B0B9B4A4DF61D3160864-399569.png (390.2 KB, 1024x526, rainbow_dash_bored_by_dcencia-d8ub9u6.png)
[Bing] [wait] [Tineye] [Yandex] 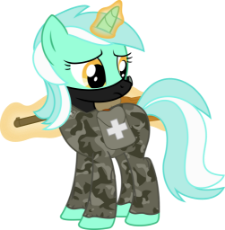 >>302249
The idea is not to "convince Stalin lovers to hate Jews", but to use it as a way to appropriate the symbology used by these circles so that we force big tech to start targeting such symbology.

>>302250
>>302240
Overall, i knew poners most probably wouldn't take a shot anyways, but i guess i shoved something of value on the bread that can be used for "le tactics and strategy", knowing that important figures such as Marshal Zhukov tried to do a mass...disposal of gryphons and sustained that they in fact murdered Stalin, followed by Churchill's post-ww2 books can be pretty helpful. 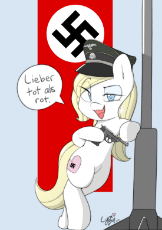 >>302254
>JewTube and Twitter would just ban anyone using commie rhetoric or symbols who bashed Jews and degenerates, and let the tranny commies stay

And that would basically strip the trannies of any meme potential besides i dunno...Trotsky which can be easily countered because the faggot got btfo'd by Stalin, like i said, even the hammer and sickle might end up being insta-deleted.