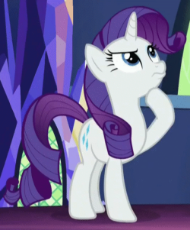 the necessity of Decentralization
Anonymous
Fri, 25 Dec 2020 19:48:03 GMT
No.295194
295323
what does mlpol think about moving from a site like this to a more decentralized format? As corporations and governments clamp down more and more on fringe groups and especially the far right options like https://zeronet.io/ and https://getaether.net/ become inevitable as services like cloudflare as well as the ISPs themselves and such will only tolerate such people for so long. Do mlpols mods have any plans or anons have any interest in establishing alternatives for mlpol.net on such services if for no other reason than to have a backup if/when this site gets taken down?
Anonymous
Fri, 25 Dec 2020 20:04:25 GMT
No.295196
295211
File (hide): C2B7E84AA5CF71D64766505D14F2B177-40807.jpg (39.9 KB, 574x574, IrritatedNewspaperPegasus.jpg) 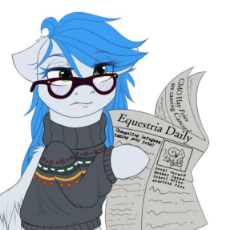 Personally I have pipe dreams of buying up 4chan after becoming a super successful business tycoon, but I genuinely have wanted to get people off of 4chan for a long time due to how pozed the mods are.

In my opinion the main hurdle of this kind of platform shift is not, and has never been adoption of users. It's free time to refine the product. These products and services, free or comercialized, take a lot of time to develop. Moot himself created 4chan not wholecloth but by stealing it from a system developed in japan, which was itself a later stage in a very iterative design.

The same reason is why today no new browsers are coming out. ots all chrome. Without a way to finance our goals, pay people to create this kind of platform, it just doesn't work. The person who can solve this problem needs to be a business person, and I hope to be that person, but truthfully anyone could crack this nut. it might even be our enemies but I severly doubt it. Our enemies do not have cash flow problems and so do not have any real reason to invest in a solution to this.

Basically this is the kind of problem you can only solve if you can get a small loan of a million dollars. In broad stroaks, what is needed is a way to invent a new model of workers compensation. Without the ability to set manpower to the task of creating and maintaining a useable decentralized platform and proliferating it to its intended userbase, you are shanghaied in trying to cut through a mountain as a single individual. These small groups are often passion projects done in the free time of their respective creators, and they rarely take shape because of it. Content such as wrongthink. This is why these web alternatives don't see much adoptation. No one has solved the issue of distribution to its new audiance, and that is something that needs to be solved for any decentralized system to matter outside of simple preservation for a select few. Obviously our political sides greatest weakness is technology, largely thanks to boomer apathy on the whole industry.
Anonymous
Fri, 25 Dec 2020 23:09:21 GMT
No.295211
295224
>>295196
there are viable alternatives that exist as I linked in the OP but they don't have the convivence or easy of use of more traditional websites, so people generally opt for what's more familiar.

I'm just worried that as larger entities of influence grow less and less tolerant of dissent and anyone on the outside of the overton window a lot of anons on sites like this will be caught off guard and left out in the cold, easier options are available to us now on the surface internet but the rug could be pulled out from under us sooner than we think and it'se always better to be prepared
Anonymous
Fri, 25 Dec 2020 23:28:44 GMT
No.295213
295224
I don't get why fags here are so opposed to an onion site. Exceptional anonymity and no javascript or cloudflare. Onion chans get flooded with CP though, which sucks.
Anonymous
Sat, 26 Dec 2020 01:55:01 GMT
No.295224
295307 295330 295463
>>295211
being prepared for a losing strategy is generally the best pervue for the powerless and its what I've tried to become less obsessed with but it makes sense to do. I just want to dream bigger than that, rather than hide a platform from them, I want to build one that will crush them and turn the network effect on their heads. I would like others to feel similarly as I do.

For instance: TOR.
TOR has been compromised for a long time. The feds can easily track down anyone who uses it because of the sheer number of nodes they control.
And then there's the argument, "Why are you using TOR? You can just visit and post on websites whenever you want. Only criminals and predators use TOR."
You can't just simply say, "I use this because I value my privacy." because if you were to ever go to court, the jury would view your desire to be private as an admission of some guilt.

The answer to decentralization is to build it around a mundane service, such as DNS or time.

Realistically, modern decentralization has to be built on existing corporations because of their widespread social acceptance.
Or, machine learning needs to be used to restructure transmissions in such a way that it's perceived as innocuous data.
Anonymous
Sun, 27 Dec 2020 02:31:12 GMT
No.295330
295525
>>295224
>>295329
Just for edification:
>tor
https://www.hackerfactor.com/blog/index.php?/archives/896-Tor-0day-Finding-IP-Addresses.html
https://archive.vn/GWWNd
Anonymous
Sun, 27 Dec 2020 05:27:27 GMT
No.295348
>>295307
the main idea of bringing it up is that there is no real formula or secret ingredient to success here
If you want to get people into an existing platform, weather its 4chucks, mlpol, the deep net, etc you need to solve the same problems as if you where starting from scratch; the marketing of the product or platform for its intended user. No matter how you slice it, its a marketing issue, which means you need to do your homework in marketing. Weather your time invested in it will be worth while is solely dependant on how much effort and time you are willing to invest in studying to create or proliferate an existing platform.

>tor is a fed honeypot

as opposed to clearnet sites, like mlpol lol? I am thoroughly convinced every single chan site on clearnet is a honeypot. Just got asked for html data canvassing as I was typing this.

TOR is not a fed honeypot, they couldn't even find DPR through snooping they had to find out where he was via a coffee shop location after releasing personal information to an informant.
If you take the proper steps to protect yourself you are perfectly fine on TOR, given you aren't a novice on the subject and fairly advanced. None of this would even be a necessity if we could just post freely on clearnet sites with a guarantee of freedom of speech.
Anonymous
Mon, 28 Dec 2020 07:13:08 GMT
No.295466
295475
>>295456
In time, the govt may try to shut /mlpol/ down, but this site was started in about 24 hours. It can be rebuilt elsewhere if necessary
>>295463
Freedom of speech is a myth, theres always a standard of some sort, whether its conduct, decorum, or just plain jot posting illegal shit. You're still not making an argument with all your 'fug this site'shit. I suggest you shit or get off your high hoers
Anonymous
Mon, 28 Dec 2020 09:21:17 GMT
No.295475
295484 295491 295494
>>295466
>freedom of speech is a myth

it's only a myth because faggots like you think it is 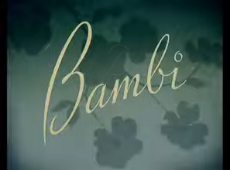 >>295491
>he doesn't know about the 2020 china virus pork bill
This entire site, and every imageboard was deemed illegal yesterday.
>muh freedoms
Every piece of art on this site contains copyright protected characters. Your entire community is built on copyright infringement.
Now because of yesterday's bill, everyone involved in any imageboard is a felon. 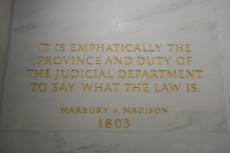 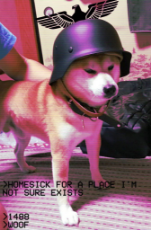 >>295525
while I revile CP I do have to wonder, where it legal, how many vigilante murders would occur from the dusty effect of mass proliferation.

though the presence of it might also invite more people to participate, which would invalidate it. haven't really given it much thought on the psychological matter.
Anonymous
Tue, 29 Dec 2020 06:11:16 GMT
No.295541
295545
>>295527
>it's not copywrite infringement if theres no monetary gain
If this where 4chan I'd call you an underage b& but in the interest of comfey mlpol and frenship I will just tell you that statement is hopelessly naive when it comes to (((Copywrite))).

If trump didn't redline that bill I will have lost all remaining respect for him. waiting to see the posted revised bill he recommended if any. Everything now rides on the murders. fuck (((copywrite))) mafia.
Anonymous
Tue, 29 Dec 2020 06:12:14 GMT
No.295542
295545
>>295527
oh, I realize what you're getting at now. sorry but I really doubt that the courts will side with the defendant when the prosecution says the users gained monetarily by not having to pay for the product.
Anonymous
Tue, 29 Dec 2020 06:55:47 GMT
No.295545
295556
>>295541
And you're hopelessly naive if you think that this bill is a threat to the site, but I'll assume you havent read my follow up. As for
>underage b&
In my experience, that's a lame attempt to obfuscate the fact that you have no further arguments. Let me know when you have some cuz I havent even begun.
>>295542
You seem to be operating under the delusion that the extensive and litigious process that MAY eventually make it's way eventually to /mlpol/, wont be seen well in advance. As though of ALL the streaming and copywrite infringing sites on the internet that are literally and directly in violation of the bill are going to take a back seat because theres a small contingent of nazi hirsefu Kershaw in an obscure site that sorta kinda but not really has some copywrite infringement.
Let's take thewatchcartoononline.tv, my personal go-to for anime. You're suggesting that they're gonna come here first, in spite of the above named having for over a decade flagrantly violated copywrite.
Oh? Are they international? So is mlpol.
I get that you're worried and shit, but for fu it's sake stop and take a deep breath.
This was all predicted in advance
/mlpol/ may not be able to outrun the bear, but its miles ahead of the other campers.
Jesus christ, you fukking knobs are so green.
>t. Guy who remembers Thundarr the Barbarian
Anonymous
Tue, 29 Dec 2020 10:15:54 GMT
No.295556
295562
>>295545
>screetching the post
Why don't you direct that attitude elsewhere. I don't particularly care to get into an internet fight with someone who cares about how this bill will only affect this one site. If enforced this bill will fuck the entire internet. pretending it wont be a problem because we're somehow low on the list of priorities is a shit take. We're a political board. If we don't influence against this we have no reason to really even exist. the enemy is playing with tanks in our backyard.
Anonymous
Tue, 29 Dec 2020 16:37:42 GMT
No.295562
295595
>>295556
Project much? I was addressing the bill wrt the thread topic. Nice to see how you respond when you're out of arguments though.
As for this bill on a macroscopic scale, remember megavideo? Not exclusively sites like this have always been around AND been more or less illegal. This bill really doesnt change anything.
Anonymous
Tue, 29 Dec 2020 21:37:32 GMT
No.295595
295600
>>295562
>you seem to be operating under the delusion
>projecting much
No.
Anonymous
Tue, 29 Dec 2020 22:15:45 GMT
No.295600
295618
>>295595
You still havent addressed what is an unreasonably prohibited form of speech
Anonymous
Wed, 30 Dec 2020 00:39:24 GMT
No.295618
>>295600
I was never asked that.
37 replies |  5 files |  15 UUIDs |  Archived
;
[Go to top] [Return] [Catalog] [Archive]