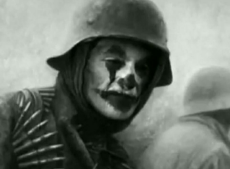 Bots
Cat
Wed, 11 Nov 2020 16:40:19 GMT
4b910fb
?
No.288707
288708 288723 288746 289885
Im back again motherfuckers, my brain can't take more than 3 months without retarded horseposting and actual discussion.
>ITT we discus bots
Have you horsefuckers noticed how many generic threads chans get these days? Of course you have, why else would mlpol be a thing.
But the meat on the bone: Why is every other thread/chan slow as fuck?
There might be 50 shill/bot/bait threads up on a board at all times but what about the real people and their posts? Where did those go?

>javascript:quote
The heck is with posters "accidentally" posting a javascript:quote code when linking to a post?
>Evidence A 4chansearch.com/?q=javascript%3Aquote
As you will see, most of those threads are either dead or get a very few replies before disappearing into nothingness, plus heck could cause that kind of error anyways?

>Mlpol itself
Sure, mlpol is weird as fuck you got national socialists, bolcheviks, oldfags, ancap and horses all mixed up in a beautiful pit of goo, but why the heck is mlpol userbase so small and mlpol in general so slow?
You can't blame tee evil politicz for everything, else no site on the internet would have any kind of traffic, ever.

>People just moved on with their lives bro, it's all zoomers now
This is an argument i can possibly see being used here, but we all know this is a lie. 40+ oldfags still post on chans to this day, the only anons i have seen completely abandoning chans are those who realize things have changed just way too much and now no good lulz happens ever cause it's all srs bznz now. 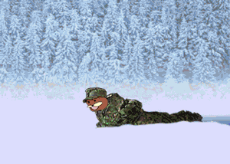 >>288723
Sorry anon, i think you didn't understand the point of my post; By bringing up how slow mlpol is i am trying to make a point: Sites which have less shills and bots have much, much less activity than sites filled with absolute shit, you can use any "good" or "free" chan for this example, i just used mlpol cause that is where we're posting to begin with.
The point of this whole thread is: What the fuck is wrong with the internet as of late?
Why time sinks like facebook and youtube which promote virtually no input from it's users gain so much attention and traction while sites which promote actual arguments and discussion like forums and chans slowly rot away?

One could argue _some_ forums are still alive, using stuff like reddit and quora as an example, but the "best post" and "upvote" system of such sites absolutely ravage any kind of serious argument in favor of following the hivemind of the site.
>Tl;Dr Why is the internet turning into television 2.0?
Anonymous
Wed, 11 Nov 2020 19:23:28 GMT
e3c8b8c
?
No.288738
>>288730
The simple answer is dopamine and serotonin. You can get alot more of both from low effort posting, sites, and interaction than from a thoughtful, measured discussion.
Tldr cuz the internet is full of addicts who care more about their fix than how they get it. The boyts however, that's just basic marketing/shilling for clicks.
Anonymous
Wed, 11 Nov 2020 20:54:55 GMT
dc82d92
?
No.288746
>>288707
Look at a mainstream forum for any piece of media.
The same discussions are rehashed a thousand times.
The same faggots shout the same shit at each other in lieu of social interaction.
Fanboys who think winning enough internet arguments will get the entire fanbase to share their views and demand the same thing from the show's creators.
Everyone signals shit like "I love Megumin!" and "I love Twilight Sparkle!" and "I love Lamias, all my OCs are Lamias who coil around my Ponysona and fuck him!" because without realizing it, they are trying to send signals to those like them, attract them, and create small insular focused communities inside the big confused directionless mess.
This site has a direction. A vision of what the site should be. A high-quality place for high-quality pony and politics discussion.
Anonymous
Wed, 11 Nov 2020 22:36:49 GMT
1439579
?
No.288774
>>288730
>Tl;Dr Why is the internet turning into television 2.0?
Jews
Anonymous
Thu, 12 Nov 2020 00:30:18 GMT
94b7424
?
No.288786
>>288726
I just want to say thanks for the effort of quality and for everything else to make sure the site is top notch. God bless
Anonymous
Thu, 12 Nov 2020 12:48:00 GMT
860acd3
?
No.288978
>>288730
>Tl;Dr Why is the internet turning into television 2.0?
Cyberspace is its own frontier, and normals don't like wild and unsettled places, they make rules and regulations to keep it under control and shape it to their liking. Those who prefer it to be wild and untamed, people like us, are always forced to find some new frontier to settle, but there aren't any left we can actually reach. We're not civil enough for the civility they seek to impose on cyberspace and never will be, now you know how every pioneer in history ever felt when civilisation caught up with him.
The Internet isn't dying, it's being killed and those responsible have names and addresses
Anonymous
Thu, 12 Nov 2020 13:41:18 GMT
e7b7e18
?
No.288981
289016
File (hide): 76DFB59D926A475B4D4D8E1DDA46300E-140916.png (137.6 KB, 800x800, SadAnonfillyAtComputer.png)
[Bing] [wait] [Tineye] [Yandex] 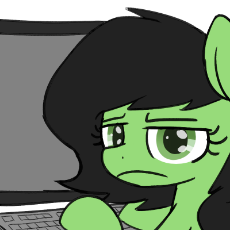 >>288730
>Why time sinks like facebook and youtube which promote virtually no input from it's users gain so much attention and traction while sites which promote actual arguments and discussion like forums and chans slowly rot away?
Early zoomer here and I discovered /mlpol/ three years ago from a Youtube comment. Before then I had no experience with 4Chan other than tales of its hijinks, and I went to Facebook for political discussions (I quickly dropped that garbage though). The rise of big social media sites killed off forums–Reddit is basically a directory of forums–as you could pop in any time to find something new instead of waiting for a specific response; UI design was much less clunky and you could find communities fairly easy. However with Big Tech and increased politicization it became impossible to avoid cancer like social justice when before topics were about a specific interest; it became the norm to air your opinions (as long as they are correct ones) like a nudist in hopes of looking "current."

I'll admit I still watch Youtube nigh-religiously because, if you know what to search for, it beats television hands-down in terms of both entertainment and educational value. It's also among the most redpilled of social media platforms both in terms of comments and in terms of content: Soph went viral with over a million views on a video about Islam (which promptly got shoah'd) while others like Alt-Hype had gotten hundreds of thousands of views on some videos through careful management. Also interaction between uploaders and viewers isn't too bad depending on the channel. However Youtube has been getting much worse as Mister Metokur predicted due to being run by a collection of boomers wanting it to be TV 2.0 and SJWs pushing breadtube. Whereas before you could easily find a selection of videos that run the gamut of content or opinions, even quite edgy ones, now it's clearly a tiered system where mainstream videos are promoted, "safe" videos are allowed to propagate, "dubious" videos are curtailed in spread, and "dangerous" videos are removed. Search anything politically-related up and you get propaganda served to you. Fortunately loopholes still exist such as the automatic system not checking for swastikas over the thirty-second mark. Also comments seem to get automatically hidden at times which is endlessly annoying to get around.

It is depressing though to see Twitch, TikTok and Discord become dominant though. Twitch streams are much easier to censor, content is more diffuse (taking more precious time), and chat lacks the permanence of YT comments. I've never used TikTok but it seems to be a combination of virtue-signalling and lame attempts to make irl memes: it's utterly brainless. And Discord, well…https://youtu.be/RFgjQXV890A (and despite its faults its utility makes it ubiquitous even on the Right). I was born too late to experience the golden age of the internet as an adult, and born too early to understand the younger zoomers. This is what the parents of the boomers must have felt when they saw their kids watch TV rather than read books.
Anonymous
Thu, 12 Nov 2020 18:43:48 GMT
f9846df
?
No.289016
File (hide): BD62D62CF7C11E8565962D19A06D81D1-902813.png (881.7 KB, 1920x1080, 13855729.png)
[Bing] [wait] [Tineye] [Yandex]

>>288981
Reading is an acquired skill, one that MUST be taught.. and also requires understanding the topic for full gratification. There is nothing similar enough to the feel of an actual book, one that contains knowledge, depth, intrigue, design, etc... except for the dopamine rush of faux-tribalism from entertainment, sports, or news 'shows'. That's the gotcha: social conditioning must necessarily start as early as possible regardless of media stage in order to function as intended. It's even funnier when you recognize the meme potential: killing off social conditioning requires a complete reinstitution of critical thinking. The problem, my friend, is that you are suffering from enouement. Don't let that shit distract you from the real threats, and the more you teach others about it the less likely you will be affected by it.

I have been doing it and of all the people that came non were the usual retards, it seems /mlpol/ itself is the filter for quality 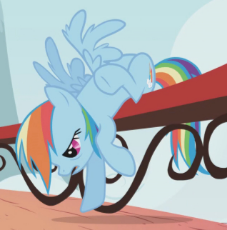 when too many newfags get here, they do not have to respect the culture of mlpol because they become the new majority