The Internet in 2015: “Wow. I can’t believe that this show actually took off.”

The Internet in 2020: “I’ll never watch this show. I don’t want to be discriminated against.”
Anonymous
Wed, 12 Aug 2020 09:03:20 GMT
22ed981
?
No.279007
279010 279030
>>278961
>Christianity versus Paganism.
Yeah it's kind of weird how everyone sort of made a split in the /pol/ community depending on if you believe in the magical hoers vagina that is deeper than your average Christmas/Yule stocking and lies forgotten in the ways of Europe's past or some dead jew on a stick.
But now it's the fedora tipping anarchist and the bondage loving swastika wearing nigger lovers that are spit balling each other.
>>278973
>Fuck reincarnation and fuck the "two worlds, one magic and one normal" bullshit.
I get the impression that you don't know that much about magic other than the very surface level of the shallow end but you can remain ignorant of the world around you if that is what you desire.
>>278980
>It doesn't help that large swaths of the population actively counters magic, and goes around tearing apart everyone.
it always makes me disappointed me when i see people that refuse to listen to the sounds of the waterfalls of knowledge or don't explore the world that they waddle around in and only want to stay in their mental fortress of science but have a textbook tantrum when you tell them about the amazing mountains of wisdom that are over their heads but refuse to go up to them and climb into the unknown.
>From the fraud to the people that try to share real magic and knowledge.
It's a shame that some people will make the world around them full of lies and hate instead of exploring our curiosity they seem to shut it in, lock it and forget it exists, it's like they are stuck on their own personal islands but they can't see how they refuse to explore the waters around them when confronted about this they will usually deny those astrological waters around them even exist claiming it is lava and is a taboo to even step foot into them because they don't know what it is so they are afraid of it, when also asked about it they sort of say they don't want to go into those waters because they are comfortable enough on their little island as they think 'why should i have to focus on what i cannot see?' but they don't understand and refuse to understand there is more than we can merely see as is with chemistry and similar things like you cannot see chemicals with the naked eye or DNA for example that is why there is more than we can see, as many old Christians in the medieval times considered the alchemists to be some sort of evil heretic sorcerers that want to burn all the churches using their fire fingers all because they were curious enough to learn about the way the world worked or some shit even though chemistry is the main way of western medicine nowadays.
When i reflect back on things i can see how mostly everything i was told are just guesses as to the way this weird world works, nothing is truly grounded in what we call reality as they are only just monkey theory's that humans convince themselves that they think they know the world works this and that way but it seems it is merely a delusion of our primal confusion.
I think that was enough that's they's it's and tits for today. 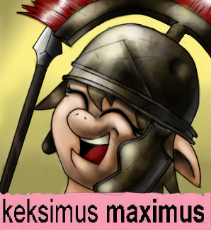 >>279030
>You're right, I don't know much about magic.
Well i have been trained in the navy seals for the using of binoculars, so i am a good observer.
>Do go on about the fireball spells you can cast, the games of luck you can influence by wanting to win hard enough, the untraceable psychic emails you can send to fellow level nine wizards by meditating hard enough, and the sick muscular gains you've gained from consistent hardcore exercise backed up by your majgjickyllle willpower.
Alright then, i'll show you how to make the perfect fire ball so we can cook Jews together with the flick of a dick, if you want to know how to make a women love you then you have the wrong attitude towards magic as that is not what i practice nor what i will ever learn how to do.
In all seriousness this isn't the thread for it, if you really are interested just send me a Psychically Encrypted Noiseless Informative Singsong in the satanic Freemason Kabbalah practicing thread otherwise known as the "magick" thread on /vx/ my fellow SS wizard.
Anonymous
Wed, 12 Aug 2020 18:14:44 GMT
47b4698
?
No.279049
279050
>>279030
>A rationalist belief that whites should live freely and prosper can't be subverted or exploited.
Sure it can. Secular idealism that LARPs as rationalism will inevitably give way to nihilism. Ideals are only rational when they're enforced on the universal order by an entity with the power and authority to do so. Take away that higher authority, and the only thing that's rational is squeezing this life of all the pleasures it can give and then killing yourself when you're sick of it.

Want proof? Look no further than the world around you. The secular humanists of the twentieth century fought long and hard to stop religion, hoping that it would bring about a new age of science and freedom. In the twenty-first century, they succeeded; most people under the age of 30 now identify as some flavor of non-religious. But bringing about a new age of science and freedom is about the last thing on any of these people's minds, because none of them really care about anything. It's more apparent than ever before that all ideals and utopian visions can be abolished by simply asking, "who cares?". The small handful of secularists who do still strongly care about something have only succeeded in latching themselves on to radical leftism like a new religion, but their descendants too will probably succumb to nihilism before long.