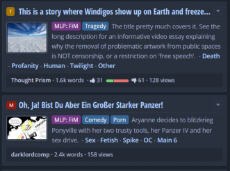 Posted on Knightly's (site owner) personal blog, the general gist of the announcement is:
>”there has never been free speech on fimfiction”
>”hate speech is banned anyways” including “stories that promote Nazism”
>”stories which we deem as being either intentionally/excessively controversial or baiting of rule breaking discussion/trolling will have their ratings and comments removed/hidden. This means they will not be able to be featured/show up when searching by heat and their comment sections will not be able to be used as casual battlegrounds which create a chain reaction of rule breaking behavior. This will be very much under mod discretion.”
>All images with swastikas are banned 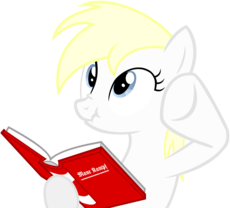 There's literally nothing I can do or say that would ever help them see reason.

I do enjoy seeing my posts get all those nice shiny upvotes though. It's nice to know the silent majority is on my side.

i skimmed through it a bit. its basicly a bit like watching a Mundane Matt video. lots of fence sitting and trying to be inoffensive. 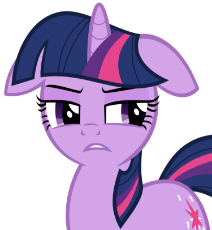 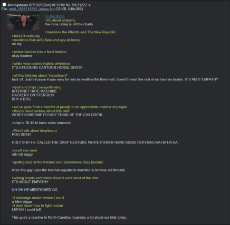 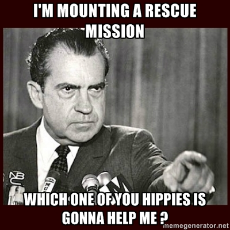 It seems to me a carefully crafted response might be appropriate, and might change some minds, thus: 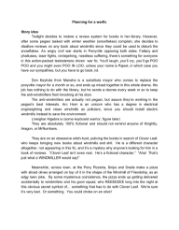 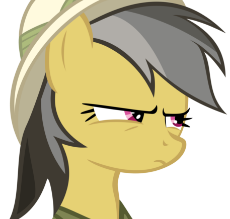 It is time to acknowledge that the whole fandom is subverted and rotten. And it was like that for at least 3 to 4 years now already.

The only reason why it didn't go full SJW mode before is because the fandom originated in 4chan, we had an oldfag bonus. If something is around since the very beginning for multiple years already, they can't just get rid of it from one day to another with no reason. The 4chan voice was strong.

But as soon as a happening gives them a pretext to virtue signal and to get rid of the "toxic part of the fanbase", they show their true face and you see the real pathetic state of the fandom.
Which is really astonishing, because just imagine the amount of brainwashing that is necessary to be part or mod of a community where foalcon, rape, scat, gore and all other imaginable stuff gets drawn - which is all apparently ok - but you draw the line at a swastika.
Their anti-pedophile rule specifically points out twice that everything goes as long as its a pony. But when its about muh racists, then we suddenly care about the implications of the pic. Racism is officially worse than pedophilia now.
Also the logic that genocide is just evil if its against an identity, but ok if it's against a class or profession (wtf?). Previously the only people that i heard claiming that were Stalinists (for obvious reasons). Now apparently that mindset made it into the twitter crowed.

Doesn't matter how much you debate, how much you take apart their arguments, how many times you point out their hypocrisy or how well researched and thought through your own arguments are... those people won't care and they will continue to contradict themselves multiple times within just two postings.
At best you manage to make them aware of one logical fallacy or invalid argument and they drop it, but two hours later they forgot it and will claim the same bullshit again.
We are talking about literal NPCs here. There is no own opinion or logical thought. They repeat what they got indoctrinated. Writing with them is like writing with a chatbot. They don't seem human.

And you have those NPCs who are just waiting for a chance to be "outraged" in every part of the fandom. Everywhere. Remember 4chan cup when they lost a match against /pol/ and got so buttmad about it that one manager immediately quit and posted a lgbt flag and "fuck /pol/" in his farewell post? Until that day, everybody thought that 4cc /mlp/ and /pol/ would be friends. Nobody expected them to suddenly come out as hardcore SJW that are so far gone that they have an autistic sperg out just because they lost one virtual vidya football match against /pol/. 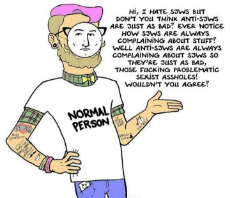 For those of you who aren't familiar with it, SCP is a sort of faux wiki about a fictional foundation that contains and keeps track of a lot of terrifying otherworldly stuff. It's straight out of 4chan's /x/ and some of the original articles were copied and pasted direct from creepypasta threads.

They had a nice little horror/sci-fi themed community for a couple of years, then they got infiltrated by SJWs, and a couple SJWs got mod status. Suddenly it's pedo pride rainbow flags everywhere and bans for people who object, no matter if they were the founders and owners of the site.

I'm old enough to remember the Internet in the dialup days when furfags--the proto-SJWs of the 1990s--would do the exact same fucking thing to thriving forums and online communities. They'd sneak in and infiltrate, then a few of them would get mod powers, then suddenly one morning everything is gone and nothing is left but YIFF YIFF YIFF YIFF and rainbow pawprint pedo pride flags everywhere and anyone who lacks sufficient enthusiasm for the new normal is worse than Hitler, enjoy your ban. They'd burn down online communities one after another and dance in the flames, then move on like locusts. This, by the way, is why furries are universally hated by anyone who's ever had to deal with them.

Anyway, the SJWs are using all the exact same tactics that the furfaggots created every place they're allowed to slide one of their greasy shit-smeared tentacles in without it getting instantly chopped off.

I get frustrated. I see people on other forums say "I don't care about politics, I just want to read horsewords." You may not care about politics, but politics cares about you. "I don't want to burn FIMfiction down over this." Wake up and smell the ashes, it's already in flames.
Anonymous
Mon, 20 Jul 2020 18:34:15 GMT
1caf9c2
?
No.276517
>>276504
Gradually, I began to hate them.
Anonymous
Mon, 20 Jul 2020 19:09:14 GMT
1fd9527
?
No.276519
276521
>>276515
The only thing I know about SCP is something memorable a friend of mine said about it once.
Supposedly there's a super-alligator called SCP-6969 or something like that, and its article features one part that says "To test if this SCP can be defeated by anything, we put it into a magic create-your-own-story book and wrote 'The story of the nice thing that would kill SCP 6969 the crocodile if it ever saw it" on the cover, only to find that the crocodile won the fight"
So 90% of the fanbase thinks this makes the crocodile unironically invincible against anything even logic itself,
even though the book clearly says "The story of the nice thing that would kill the SCP if it saw the SCP", giving the book a way out of killing the creature.
Also SCP fanboys like annoying kids on VSbattles Wiki by saying the bullshit invincible kill-anything thingy they came up with this week could kill anyone's favourite character ever on the grounds that barely anything is known about the invincible kill-anything thingy therefore you can't figure out how to beat it.
Anonymous
Mon, 20 Jul 2020 19:12:33 GMT
1fd9527
?
No.276520
>>276505
A mechanism to recommend stories isn't needed much, a forum where people can advertise and discuss them would be a lot better for the site as a whole since well-written fic recommendations would get your fic read, rather than exploiting the meta of peak hours and popular "short story" (one-off scene) concepts like on FIMfic.
Anonymous
Mon, 20 Jul 2020 19:12:51 GMT
040099f
?
No.276521
>>276519
>the only thing I know about SCP is
No one cares, it was an illustrative example not a grounds for segue
Anonymous
Mon, 20 Jul 2020 19:15:09 GMT
1fd9527
?
No.276522
276524
>>276504
>the logic that genocide is just evil if its against an identity, but ok if it's against a class or profession
They want to rob and kill all the lower-class whites who don't embrace communism
They want to rob and kill all the landlords and give a commie state absolute power over who can live in houses and who can't
They want to rob and kill all the rich people who earned/inherited their money through any means other than lefty politics.
Anonymous
Mon, 20 Jul 2020 19:21:47 GMT
fa0382c
?
No.276524
276528
File (hide): 7E9DA2CDD1B1EB406510095E60261B41-46201.jpg (45.1 KB, 511x480, insinuate.jpg) 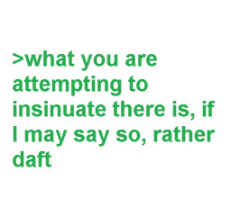 Atlas or whoever is doing Ponerpics or some other horsewords site or whatever, make sure you go full right wing. Doesn't need to be Natsoc right wing, go Ancap if you want. But you need to be explicitly right wing, otherwise leftists will infiltrate.
Anonymous
Sat, 25 Jul 2020 07:25:49 GMT
edfb3ca
?
No.277020
>>277019
You gotta point to consider.
Anonymous
Sat, 25 Jul 2020 15:49:23 GMT
1fd9527
?
No.277037
>>277019
True. You wouldn't believe how many "Apolitical" forums with "totally right wing" moderators regularly called nazis by leftist mobs STILL banned me for offending too many communists using facts and logic.
Communists can't be appeased, only Stopped.
The peaceful way to Stop Communism is to lock them all up in straightjackets and padded rooms where they can't hurt themselves or their genitals or harm any innocents.
The permanent way to Stop Communism is to do to them what they've been doing to us for decades. It would be morally correct, like a shopkeeper defending his store with a shotgun from the thieving hordes.
I don't know why a tiny part of me sometimes thinks "oh, if only this could be solved peacefully! this is such a tragic loss of human life!" over all of this. I should fully hate Communists like they hate us. I shouldn't pity them, or wish they could be rehabilitated.
Anonymous
Sun, 26 Jul 2020 12:58:09 GMT
2510e62
?
No.277094
File (hide): FB1436D73FE1EEF53D99A1B908DDB667-246162.png (240.4 KB, 757x3030, XKCD_Free Speech_Extended.png) 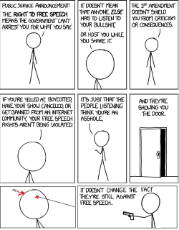 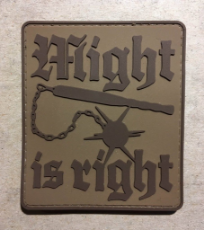 >>277095
In the end and after the rhetorical gaslighting, Might Is Right.
Anonymous
Mon, 27 Jul 2020 03:03:56 GMT
1fd9527
?
No.277169
>>277098
Commies belong in places where they can't hurt anyone else. Some might say "The ground, or Auschwitz but for real this time" but I'd probably be arrested for saying it. If anyone asks I definitely just believe commies belong in padded rooms, wink wink haha, you should only kill commies in minecraft
speaking of which fuck commie minecraft servers
Anonymous
Wed, 05 Aug 2020 22:55:33 GMT
d83bf14
?
No.278308
>>276370
There's FIMFetch, which is just a third party way to search the database. You can download the stories as HTML pages, and it can even retrieve deleted stories.

>>276390
>God, I have been doing a lot of posting and debating with these guys
Why? When have you ever seen someone this delusional be changed by an internet comment?