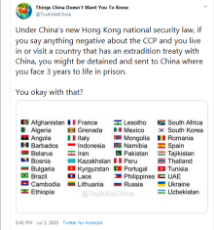 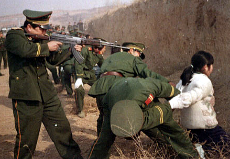 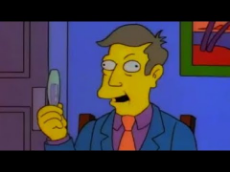 >>276634
Yes, unfortunately.
Opposing communism there means also opposing it here, which means opposing the Jews who love communism and their brainwashed soy pets and the subhuman "wokelings" imported to shill for communism since they all want to steal everything from us.
Death is a preferable alternative to communism, and so is everything else ever including fascism.
Only fascism has a good track record of fighting commies, pushing them back, and restoring humanity and normality and soul where they can.
Anonymous
Wed, 22 Jul 2020 15:38:57 GMT
7d3c5b9
?
No.276738
276741
>>276642
Fuck it. I wholeheartedly endorse fascism and national socialism now. Anything is a preferable alternative to commie bastards.
Anonymous
Wed, 22 Jul 2020 16:21:58 GMT
4469b48
?
No.276741
276742
>>276738
I would only support any form of Socialism if:
>1. It can only be enacted as a measure that requires a supermajority motion
>2. Has a time limit on how long the government can utilize those powers (As in, it can only last for, say, 5 years)
>3. The leader and his cabinet would be investigated and tried after the term has expired for an illegal activities they committed while in office
>4. The leader and his cabinet would be banned from any future political positions
Anonymous
Wed, 22 Jul 2020 16:34:05 GMT
7d3c5b9
?
No.276742
276744
>>276741
NatSoc is nationalism x2 not actual scummy commie socialism, but that sounds like a good idea.
Come to think of it that should be a thing for American Presidents! At the end of every term, every scandal is automatically checked.
What caused the massive difference between commie socialism and German NatSocs anyway?
Anonymous
Wed, 22 Jul 2020 17:06:59 GMT
4469b48
?
No.276744
276748
>>276742
>What caused the massive difference between commie socialism and German NatSocs anyway?
In advertisement, Marxism is about class struggle meanwhile Nazism is about nationalism. In attitude, Marxism was about removing the "thieving rich people and parasitic monarchy", and Nazism was about improving the nation and removing those who sought to exploit the country (In the most negative sense). In practice, however, there was practically zero difference; except that Marxism allowed consequences-free sex (For the first decade) and practice literally make-believe science, meanwhile Nazism allowed people to "own private businesses" that still required government involvement in how it actually operated and instituted some of the earliest government-funded social activist groups such anti-smoking campaigns and animal rights activism.
Anonymous
Wed, 22 Jul 2020 17:41:29 GMT
7d3c5b9
?
No.276748
276757
>>276744
Why would marxism do the sex thing?
Were condoms necessary or were abortions given? or did the state raise kids as propagandized troops?
Anonymous
Wed, 22 Jul 2020 18:52:44 GMT
4469b48
?
No.276757
>>276748
It's entirely because a lady wanted to divorce her husband so that she jump on Chad Thundercock's shlong, only for Chad to eventually lose interest in her: https://invidio.us/watch?v=FfNibO4aTDY
Anonymous
Wed, 22 Jul 2020 23:29:21 GMT
fe47289
?
No.276767
276771
This is more totalitarian and oppressive than anything done by any western country. Someone needs to show this to the Duginists who defense "based China" on Twitter all the time. Now a Spanish person in Spain could post "Fuck China" on Facebook and the Spanish govt could arrest him and extradite him to China which tortures prisoners and has a 99% conviction rate.
Anonymous
Thu, 23 Jul 2020 00:31:49 GMT
7d3c5b9
?
No.276771
>>276767
Considering we have no idea how truly terrible Chinese prisons/black-site torture prisons are, it's quite possible that this is worse than anything Hitler's ever been accused of doing.
13 replies |  3 files |  7 UUIDs |  Archived
;
[Go to top] [Return] [Catalog] [Archive]