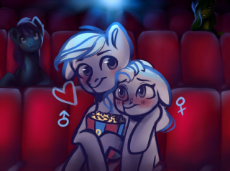 Any suggestions? I'd like the pony braintrust in on this.
For a good example of an oddly non pozzed modern film see Moana as it is monocultural and has a decent message.
Ideally i'm looking for any films from the past 80 years which are suitable.
Thanks anons.

You should have asked for horse pussy instead. There would be over a hundred responses by now.

That choice of picture confuses the shit out of me by the way. 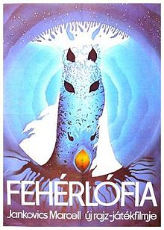 Here's a Hungarian cartoon from the early 80s: Fehérlófia (Son of the white mare).
It tells an ancient Hungarian, Hunnic and Avaric tale of someone with superhuman powers, but features really trippy visuals. The protagonist listens to tales of his forefather who was a king and whose reign was ended by dragons. After his mother died, he decided to destroy these dragons, who have taken over the world. Just wanted to mention it here, maybe someone will find it interesting if they're into these kinda things.
Anonymous
Sat, 04 Jul 2020 16:02:48 GMT
511f42f
?
No.274336
The Hays' Code means you can get just about any movie from 1934 to the mid 1960's and it will good for kids (when you used to buy or rent the DVDs they were always "unrated"), though obviously more violent films like westerns and crime dramas will be more appropriate for older kids. Comedy films like the Abbot & Costello movies are great for all ages because there's a lot going on.

It's subtitled so it's probably not a great idea for super-young kids (unless they speak French I guess), but it would probably work well for the 8-12 category. I remember watching it with my dad when I was about 9 or 10 I think. It's very well done, and the special effects are impressive considering this was made back when the only tools available were trick photography and physically making elaborate sets/costumes, so effects required real creativity to pull off. It's directed by Jean Cocteau, who was famous for making a lot of surrealist films.

For more recent stuff, I think most of the Hayao Miyazaki movies are pretty safe (Spirited Away, Princess Mononoke, Porco Rosso and so forth). I second The Land Before Time, as well as most of Don Bluth's other films from that period. Most of the pre-2000s Disney stuff is hit or miss, I remember really enjoying those films growing up but I'm probably viewing them with a fair dose of nostalgia; even in the 1980s and 1990s there were some lefty messages that I've noticed when rewatching as an adult. Screen them to your personal preferences I guess.

Also a lot of the really old Disney films are quite good: Pete's Dragon (the 1977 film, not the one they did a couple of years ago) was one of my favorites growing up. Fantasia I think is something that everyone needs to see at some point in their lifetime; it's also a good way to expose young children to Western classical/orchestral music, which I think is particularly important considering how shit-tier and niggerfied music is these days and how anything Western and good is being currently demonized as racist.