How do i avoid becoming the doomer
Anonymous
Thu, 06 Feb 2020 12:32:14 GMT
4mJmn
?
No.258531
258591 258798 258853
It's all so tiresome
I live in a country where the political corruptions amke it more and more clear that democracy just isn't fucking working, and where all of the people are ither blissfully ignorant od in the standard constant national opinion of "shut up cunt" whenever anyone points out antthing? I cant even vote for the right wing parties because the biggest one is literally rich jews: the party and the other two are a bunch of aging boomers who when they inevitably lose will pas their votes over to the aforementioned rich jews: the party. Our ntry is one where the people have lost their freedon and want you to shut the fuck up whenever you point it out, as iff theyre all in cognitive dissonance ormsome shit. I look back on history and see the roman solution of "just purge them lol" as mroe and more of a viable option but that's also retarded becaus ethe same sorts of cunts eiill just get voted vack in. It's just.. It jjust all so fucking tiresome. I've been on this fucking blarx since it eas made and everyone whought it was a honeypot for about 3 hours, and a,, i see is ecery other country with an actual glimpse of light for the future meanwhile the only ligh i see on the horizon is a fucking bushfire. Padtel horses can only get uou so far before even they stop resonating good vibes

democracy is shit, sure. Your country is not alone in this, in most western countries the choice is mostly communists or jews. People may say "politician/party XYZ is based", but usually they just mean "are the non-communist jews or jew-lovers".

I can't offer much, but some believe that even the tiniest victories add up over time... and if people get angry or go through the effort of shutting you and others down, then that means they see your actions as a threat, which means that they think your actions are effective.

Jeff Deist, who to my knowledge is not (at least openly) Jew-pilled, has similar sentiments regarding the American political scene. Zionists and globalists on the Right will keep a stranglehold on right-of-center politics, and because this holds no appeal for the youth (nor are attempts made to encourage youth activism) eventually they'll just become the right of whatever dominant left-wing party exists. We are already in a degenerate era where our freedoms are slipping more and more. Still, there is enough dissent that if you have a self-funded populist who focuses heavily on a few key issues people care about, you can have an upset in the political sphere.

Focusing on politics is not healthy as it's difficult avoiding becoming a doomer. Even Ron Paul has "very low expectations." Clown world is certainly a way to cope in one's personal life. The best thing to do is to keep educating people however you can while working on personal prosperity. The more wealth you have the less rich Jews can hurt you and the more reach you have.
Anonymous
Sat, 08 Feb 2020 12:08:54 GMT
9UYK4
?
No.258798
>>258531
Simple, humanity has bounced back from worse catastrophes, both natural and man made, perhaps not within a single lifetime, but it always has. Everyone who lives to see bad times thinks their time is the worst it's ever been and there can't possibly be a way back or a way out. Mere persistence in the face of adversity both physical and mental is the way things must be. You tire out because you still hope that there's some way to win for good, that there must be some solution that ends all of this forever. Those who truly understand know that it will never be over, this struggle of ours has been waged in some form or another across all of human history and it's not about to stop now. Persist, that's all you can really do and is as much victory as is even possible. 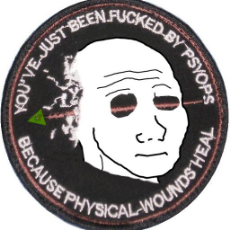 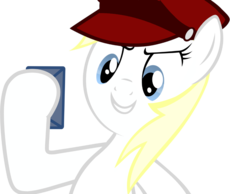 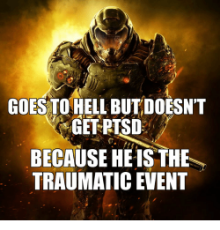 Doomers don't worry about becoming a doomer,that part of them was dead long ago. It died with her or when some big dream died and everything went just short of death bad. Seeking to avoid becoming a doomer is problematic as well because that's like asking for the dark powers of the universe to give you the high hardone.instead keep your eye on the prize and silently make your way and you will be in heaven a half hour before the devil knows you're dead. https://m.youtube.com/watch?v=0EF9LDUeLaQ. Yay into the evil.
15 replies |  7 files |  13 UUIDs |  Archived
;
[Go to top] [Return] [Catalog] [Archive]