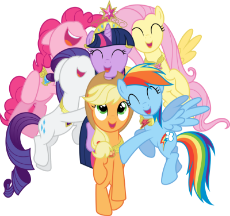 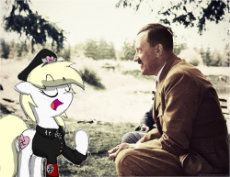 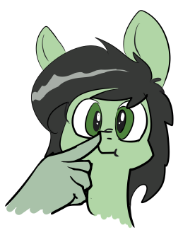 >>244960
The best way to make friends is through hobbies, it's literally that simple. There's no actual line between building friendships and building community, we're wired to form connections this way and it's just an unfortunate fact that modern society doesn't lend itself well to some good old fashioned, wholesome community building. Find something you enjoy doing and try to do it with other people, whether online or in meat, the only problem is that many hobbies can be kind of expensive and these aren't decent economic times.
Anonymous
Sun, 29 Sep 2019 22:42:01 GMT
KWWag
?
No.245056
>>245019
>The best way to make friends is through hobbies
This, /tg/ like games are especially easy to make friends in. Find a local game store (LGS) if your into anything related to card or table top games and you'll easily bump into a lot of good people many of whom browse /tg/ and thus /pol/ (or even /mlp/ tho I've never met someone who has through this.)

Other things this is easily applied to are more intense work out things in gyms and church ministries. And no this doesn't mean just going to the gym or church, but say being in a part of some ministry that you put a lot of time into with others (say a bible study) or something that involves small groups that are highly focused in gyms (martial arts). This idea can be applied when it comes to anything, social interaction in general when around people that share a single interest often times leads to friendship OP. Just group yourself up with those people and try to be extroverted for the first few days and you'll make IRL friends easily.

Also remember, be nice, don't be a sperg, and simile, smiling makes you easily approachable, just don't make it an award simile.
Anonymous
Mon, 30 Sep 2019 05:01:18 GMT
wIA09
?
No.245065
245070
Our overlords don't even have a good reason for the nanny police state anymore. Toothpicks must be outlawed to protect the environment. Rope must be banned for safety. Baseball hats must be outlawed because they are ugly. Insurance must be mandatory to protect the insurance industry. Flagpoles must be banned to protect property values.

Why not just put Americans in prison when they're born?

personally i hate having friends but i enjoy talking to new people because i don't like the repetitiveness of asking the same questions over and over and the expectation that i will enjoy talking to them every day and not get bored of it, it's really annoying when it gets to a certain point.
Having friends can be a huge distraction from the world, it's the reason why normals know little to nothing about the world they live in because of how fixated they are with their social lives.

I recently lost the last of my friends from high school. There had been prior bouts of drama since he was a lefty. Anyway, long story short he got hit really hard by Trump derangement syndrome after the 2016 elections. It ultimately broke him and he's a tranny now.

I've basically got two friends left while all the others just drifted away over time. One is an old friend from elementary school, but he's in the Navy now and last I heard he was stationed on the other side of the planet so we don't really have much time to interact. The other is an internet friend who I've played games with a lot over the years but have never met in person. They were both mutual friends with the tranny. I haven't spoken to either of them in a while due to scheduling differences, and I'm not sure what the fallout will be from this. The other two are redpilled on some subjects, but have fallen hook line and sinker for globohomo propaganda for others. For example, the internet friend is pretty "live and let live" and may be ok with playing along with the tranny delusion. However he's concerned about the migrant crisis in Europe, and the tranny blew up in his face since he adamantly denied that anything could possibly ever be wrong with migrants. I'm a bit distressed since I'm not sure how the cards will fall. But whatever the outcome, I won't indulge a sick fantasy. Truth is important.

It hurts since friendship is important to me. I've been willing to sacrifice a lot for my friends. I hate to see old friendships die, but I'm not the one pushing people away. My patience is gone now.

I need to do something to get myself out there and meet new people. My co-workers are nice, but they're not my friends and all that they ever do after work is go out drinking. I don't drink, so that's no good.

A new gym is being built near me. I've signed up for a membership. I'm planning to sign up for some of their fitness classes. That might be a decent first step.

Thanks for reading my blogpost. Dealing with trannys is like some dystopian nightmare out of 1984. Powerful forces are working to punish those who don't fall in line with "2+2=5", and it is a grave crime to state the truth.
Been there too!
Jimmy Zee
Thu, 05 Dec 2019 07:11:27 GMT
EMeHZ
?
No.252568
>>252562
"Fair-Weather" friends always suck donkeys! Nevermind the desolation they willingly leave behind. Being true to yourself and your own beliefs is always painful when having to deal with others' lack thereof.

So long as there is still breath, there are still other yet-to-be-explored possibilities (friendships).