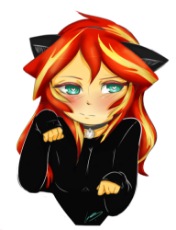 
when someone claims you are racist for using the word nigger they have more or less identified themselves as racial supremacists for delcaring that only black people can be niggers. However to set this up properly you must first get their definition of why its racist.

when someone claims you are a homophobe for using the word faggot, they have more or less identified themselves as anti-gay for declaring only homosexuals can be faggots.
nigger mentality and faggot mentality are identified human flaws, the former being barbarism, a state in which civilized culture is absent, the latter being an individual who takes something insignificant about themselves and defines it as a critical component to their identity, so by declaring only a certain group is capable of this sort of behavior has just put them beneath their own standard of what is human, thus a racial or sexual supremacy.

I have been having quite an entertaining time applying this pattern of thinking to demolish a number of social standards revolving around society in my local community, it is super effective against white liberals who do not identify with the groups they defend, ESPECIALLY in their presence. However I must advise you that the golems will indeed attack if you bring the subject up unintelligently. This line of critical theory is a weapon designed for exposing bigots and fascists who hide under the guise of a good person to use as justification for their thuggery and slave ownership.
(USER HAS A LIFE SIZE DAKI OF EMPEROR HIROHITO)
0 replies |  1 files |  1 UUIDs |  Archived
;
[Go to top] [Return] [Catalog] [Archive]