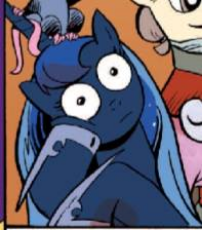 I'm always surprised by the fact that the middle east produced more intellectual achievements in the first millenia than in the second. Living in France, I see quite a lot of arabs, and have studied their phenotype. The thuggish ones have distinctively negro features (full lips, flattish nose) while the ones in my university are mostly berbers (many of them have blue eyes)

This has got me to think : could the decadence of the middle east be the consequence of the soiling of the gene pool of middle easterners by nigger genes?

The islamic world widely practiced slavery, and most slaves came from sub saharan africa. However, unlike in the western world, slaves often won their liberty, and worse of all, the child of a free person and a slave was considered a free person. This of course created a shitload of free mulattoes, who still live in the middle east to this day(there are two million niggers in irak alone!)

This slave trade intensified under the turks, and of course it didn't help that islam is anti-racist at its core.

So what's your opinion on this? Did niggers degrade the gene pool of middle easterners? Is this why most mudslimes are barely above niggers?
0 replies |  1 files |  1 UUIDs |  Archived
;
[Go to top] [Return] [Catalog] [Archive]