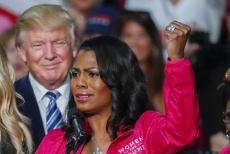 Anonymous
Mon, 13 Aug 2018 10:17:29 GMT
????
?
No.165712
165739 165747 165759
>Omarosa Manigault Newman, the fired White House aide seeking publicity for her new memoir about her time in the Trump administration, said in an interview Sunday that the way Chief of Staff John F. Kelly dismissed her involved a “threat” and shared an audio recording of Kelly she said she made in the Situation Room.
>The recording was played on NBC News’s “Meet the Press,” where Manigault Newman was interviewed by Chuck Todd.
>In a statement Sunday, White House press secretary Sarah Huckabee Sanders said that “the very idea a staff member would sneak a recording device into the White House Situation Room, shows a blatant disregard for our national security — and then to brag about it on national television further proves the lack of character and integrity of this disgruntled former White House employee.”
>Her purported recordings inside the White House — especially the Situation Room, which is supposed to be one of the most secure locations on Earth — represent a serious breach of security, said Ned Price, who was a National Security Council spokesman for the Obama administration.
>The Situation Room “is the inner sanctum within an already-secure facility where the most sensitive of the most sensitive information is discussed,” Price said. “It’s where negotiations with Iran were hashed out. It’s where contingency plans for nuclear launches have been developed. The fact that she was recording a conversation in there really raises alarm bells in the minds of people who have worked in that room.”
>Price said cellphones and ­recording devices are not allowed in the room, although his experience was that aides are not screened before entering.
“It’s a system based on honor and integrity, and there’s a sign outside that says, ‘Place your phones here,’ ” he said.
http://archive.is/JdpLv

News and Media outlets have constantly received "leaks" here which classified information has been released and compromised many in the line of duty all to further the Democratic agenda. 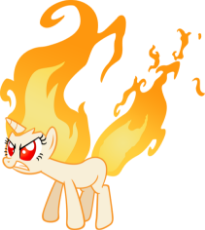 >>165759
Agree. The threat she talks about is the "please lets end this on the low and without fuss, if it is known how you have conducted yourself it will reflect poorly on you". The most disturbing is all her other recordings that she already have made copies of and distributed. Wonder how many national security breaches she might have caused.
Anonymous
Mon, 13 Aug 2018 14:57:38 GMT
????
?
No.165764
>Security experts, Trump allies alarmed by Omarosa recordings
>Former presidential adviser Omarosa Manigault Newman is drawing fire from President Donald Trump's allies and national security experts for secret recordings she made at the White House, including her firing by chief of staff John Kelly in the high-security Situation Room.
>Manigault Newman said Sunday on NBC's "Meet the Press" that she surreptitiously recorded a number of conversations in the White House for her own protection. Parts of her conversation with Kelly were played on the air. Critics denounced the recordings as a serious breach of ethics and security.
>"Who in their right mind thinks it's appropriate to secretly record the White House chief of staff in the Situation Room?" tweeted Ronna McDaniel, chairwoman of the Republican National Committee.

>"It's come to my attention over the last few months that there's been some pretty, in my opinion, significant integrity issues related to you," Kelly is heard saying, citing her use of government vehicles and "money issues and other things" that he compares to offenses that could lead to a court martial in the military.
>"If we make this a friendly departure … you can look at your time here in the White House as a year of service to the nation and then you can go on without any type of difficulty in the future relative to your reputation," he tells Manigault Newman, adding: "There are some serious legal issues that have been violated and you're open to some legal action that we hope, we think, we can control."

>The response from the White House was stinging. "The very idea a staff member would sneak a recording device into the White House Situation Room, shows a blatant disregard for our national security - and then to brag about it on national television further proves the lack of character and integrity of this disgruntled former White House employee," press secretary Sarah Huckabee Sanders said in a statement.
>The Situation Room is a Sensitive Compartmented Information Facility, or SCIF, where the nation's most consequential foreign policy decisions are made, and staff are not permitted to bring in cellphones or other recording devices.
>"I've never heard of a more serious breach of protocol," said Ned Price, who served as spokesman of the National Security Council in the Obama administration. "Not only is it not typical, something like this is unprecedented."

http://archive.is/VSVOF
Anonymous
Mon, 13 Aug 2018 16:05:07 GMT
????
?
No.165767
165768
>Omarosa Manigault Newman claims ‘false imprisonment’ during her firing, accuses Trump of lying
>Omarosa Manigault Newman […] said Monday that she believes Trump was lying when he claimed in a phone call last December that he knew nothing about her dismissal by White House Chief of Staff John F. Kelly.
>In a combative appearance on NBC’s “Today” show, Manigault Newman shared an audio recording of the phone conversation that she says she had with Trump the day after she was fired from his administration.
>She also denounced the White House’s handling of her firing, claiming the two-hour Situation Room meeting in which she was let go amounts to “false imprisonment.”

>
She defended making recordings of her calls and meetings with Trump, Kelly and others, saying that if she hadn’t, the White House would have claimed that the conversations never occurred.
>“Had I not recorded this, people would say, ‘She has a credibility issue,’ ” she said.
>And she took issue with the way in which the meeting to discuss her departure from the White House was handled, telling NBC’s Savannah Guthrie, “It’s not acceptable for four men to take a woman into a room, lock the door, and tell her that she cannot leave.”
>“The moment I said I would like to leave and they said I can’t go, it became false imprisonment,” she said.
http://archive.is/af4dB 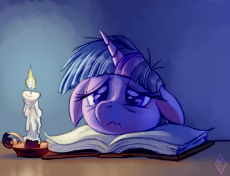 >Former ‘Apprentice’ star Omarosa Manigault lands public engagement job in Trump administration
http://www.nydailynews.com/news/politics/rex-tillerson-secretary-state-confirmation-hearings-set-article-1.2932816
>Omarosa, the Assistant to the President and Director of Communications for the Office of the Public Liaison, has gone to the hospital for a bum leg.
>Omarosa was injured last month … her leg was placed in a walking boot.
https://www.tmz.com/2017/02/03/omarosa-injured-leg-hospital-visit/
Pic
http://www.nydailynews.com/entertainment/gossip/omarosa-hospitalized-injury-white-house-article-1.2963650