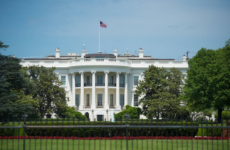 Trump has tweeted he denounces all racism and acts of violence.

The organisers have called for people to leave their swastikas at home. 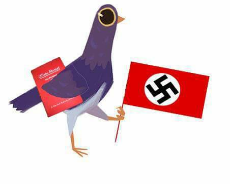 from what ive heard the event is going to be even worse than the torch march 2017, less attendees, more regulation, more agents and more honeypots.
Anonymous
Sun, 12 Aug 2018 21:12:10 GMT
????
?
No.165578
Well, yeah. It's washington DC: globalist central. The mayor has sided express with the counterprotest, and has done anything and everything to neuter it.

I'd argue that the whole march itself is a bad idea. Protesting on the basis of reaction makes the protest appear stuck in its ways, too impotent to do anything but yell about it (this applies also to the Women's March). It is far better to adopt a positive demeanor, to advertise a unified and capable ideology that can replace the current system. Rather than chant stupid slogans like "Jews will not replace us," sing patriotic songs and celebrate the glory of tradition. This was how Hitler became popular.

The funniest thing I watched was a segment from "stranger things" (even though there are things that I don't like about this show) The whole part about "watering it down" for others to swallow is exactly what the whole right should be doing. Yes, in my eyes Hitler did nothing wrong but you can't preach that to others and expect them to swallow that.

Second, what is the point of these protests? We support the president our nation and heirtage. What are we protesting? If anything the counter protesters (AntiFa) are the real protesters. 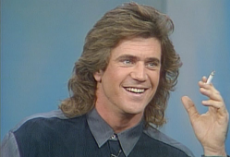 i heard several youtube e celebs talking that the political right movement is dead and this event was dead in the water, seems like they were right. there was more police than right winger there.
Anonymous
Mon, 13 Aug 2018 19:34:23 GMT
????
?
No.165802
>>165795
I think part of the press needed to seek refuge amongst the righwingers at the end. Was some talk that they needed to clear way for the press to come in there on the stream.
Anonymous
Mon, 13 Aug 2018 19:39:56 GMT
????
?
No.165804
165808
>>165795
I doubt the authenticity of the event and the intentions of the organizers, especially given last year. I suppose one could claim they were well-meaning idiots, but that doesn't pass the (((sniff))) test.
A poor turnout only gives the media a sound-bite, but the evidence could be interpreted a number of ways and while "the right is dead" is possible, it doesn't seem plausible in context.
Anonymous
Mon, 13 Aug 2018 19:47:47 GMT
????
?
No.165808
165813
>>165804
>>165795
There was also talk that none of the audience were allowed in to the Unite the Right II area, and that they were forced to start the event early. But I am not sure about all the details.
Was something about that the plan was for people to gather and then move to the are where speeches were to be held, but as soon as the organizers showed up they were told to move to the staging area. So instead of an hour of pre-meetup it was only 15 minutes.
Anonymous
Mon, 13 Aug 2018 20:12:44 GMT
????
?
No.165813
>>165808
Yes, there is also contention about the way the park entrances were structured. Apparently the park has only 4 staircase entrances at the 4 corners of the block, and two of those entrances were blocked off (police) and the other two had a gauntlet of lefties throwing rocks, water, and mace in some cases.
Small wonder there was a low turnout.
16 replies |  3 files |  1 UUIDs |  Archived
;
[Go to top] [Return] [Catalog] [Archive]