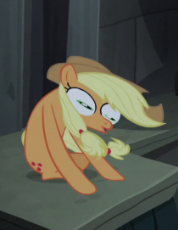 I actually kind of suspect the housing market is going to crash bigly, or at least level off and start returning to normal within the next decade. Housing has been pushed up in price well past the point where the average person can afford it so sales are probably going to drop. There's not really a solid economic reason for it being so expensive, either, it's just that "desirable" real estate in urban areas is being preposterously overvalued right now for really stupid reasons. It's not really a scarcity issue as the US is fucking huge and the vast majority of the country is just empty space. I suspect much of it has to do with all that house flipping bullshit that faggot boomers have been doing for the last 20 years. Plus all this left wing "urban revitalization" bullshit where crappy nigger neighborhoods are being transformed into supposedly hip areas. It's like nobody has the slightest idea what property should reasonably cost anymore.

It can't last. If you get on Zillow and poke around a lot of major cities you'll see ridiculously high prices but you'll also notice that a lot of them are starting to reduce the asking price in increments of $5-10k, which is likely because people aren't buying.

My hope is to be able to afford something away from the city in the next couple of years, if I can't find a reasonably priced house I might just get a plot of land and put a trailer or something on it, those tend to be comparatively cheap. Or I might just buy a trailer and rent space in a park, it's still cheaper than rent in a lot of places and you end up with a sort-of asset.
Anonymous
Wed, 08 Aug 2018 21:26:33 GMT
????
?
No.164583
164591
>>164572
This but fuck RVs and trailers. We should autistically be building cabins.
>>164578
I wanna do the same. I'd even camp out on my land for a while if it meant I could build my own place.
Anonymous
Wed, 08 Aug 2018 22:01:55 GMT
????
?
No.164591
>>164583
>We should autistically be building cabins.
But then you might have to worry about building codes.
Anonymous
Wed, 08 Aug 2018 22:53:32 GMT
????
?
No.164606
housing isn't really that expensive if you plan. The issue is many of the people who look at the prices are looking at houses in NY, CA, and large cities. The way to live cheaper is to buy a house in the suburbs it was literally built for us white men to have cheap, quality, affordable housing. I am a Millennial also and I own a house currently getting ready to sell it and prepping to buy a new larger house. NEVER live IN the city since inner city stuff is always nigger and beaner territory DO NOT BOTHER WITH IT! Go to the suburbs white man it is a white man's Paradise yeah a longer commute but WAYYYY better
Anonymous
Thu, 09 Aug 2018 00:58:38 GMT
????
?
No.164636
164792
buy a barn or an old farm.
renovate, work on it for years, even with little or no money you can improve it.
in 20 years you will end up with kids on a nice large place worth several times all your investment.