Anyway, I want to write a fanfic that recaptures the spirit of classic MLPFIM. Small ponies adventuring in a big world and saving it and learning about each other and friendship and the world. None of this "The top-of-their-game experts in their fields condescend to others about friendship. The execs want a Fluttershy episode so Fluttershy and Rarity are going to Griffonstone to do Karate Choppers" junk.

I can't decide if I should dedicate some episodes at the start to shutting down the Friendship school, sending Glimmer and all the other shitty OCs to a new offscreen friendship school in the Crystal Empire, revealing that the Changelings were just fucking with ponies by pretending to be gay to avoid suspicion and shame investigators while kidnapping pony foals, sending Trixie back on the road, having Discord fuck off and join a travelling rock band, and having some Phil Swift motherfucker go Extreme Home Makeovers on Twilight's gay crystal castle when she's away to turn it into a massive tree library castle fit for royalty, complete with public library section for the whole town…

…Or if I should just have Discord turn out to be a villain who's been making up ponies and messing with the mane six for six whole months now, sometimes making them mean and OOC and sometimes unleashing dangerous Discord-powered Sues into the world, forcing Unicorn-again Twilight and her friends to stone him so things can go back to normal, Glimmer and Twilight's wings vanishing in a puff of smoke with the crystal castle and entire crystal empire.

Do I fix every bad decision in a row, or just say they're all noncanon now?

I think some decisions Hasbro did are hard to impossible to fix without doing an this never happened and we continue from an earlier point.

I miss CMC's quest to find their talents. As soon as they got their cutiemarks their quest to improve themselves and to find out about themselves ended. I liked the episode, but it also ended their true quest.

But how to fix it all, and what is best way to do it is a big question. So much have happened that a reset through an continuation would be hard.

To shut down the friendship school you need to either show that it turns out badly and have Ponyville show signs of Griffonstone.
Or move it to the crystal empire to become an embassy. This way you get it into a place where it can't outnumber the ponies and do irreparable harm to their culture.

Trixie I kind of like to keep as a character as she is the loner without friends that actually tries. Fizzlepop Berrytwist were this in the movie but she got redemption in the end. Trixie is still searching and trying. She is damaged goods trough her lack of socialization and thus have a hard time expressing her self and do smalltalk etc.

The Changelings is another problem. I kind of like the idea that the Changelings were fucking with the ponies. While they built strength in secret some were disguised working in the open. They could be the one promoting open borders and be behind the "friendship school" in an attempt to subvert and weaken the ponies (but then you had to run the Ponyvile turning into Griffonstone route). One solution could be that the open borders and micing weakened the magical powers of the ponies. Pegasis found it harder to fly and stand on clouds. Ponies lost their special traits becoming as bland as the rest. I.e. they turned into the ponies of yesteryears (aka. today our time). 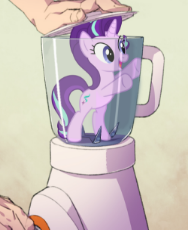 also:
>anthro
Anonymous
Sat, 28 Jul 2018 09:11:30 GMT
????
?
No.161786
161790
I'm doing a similar project, and my solution is a bit of blackpill but I think it serves for my narrative and the story in general: just put your story chronologically in S1-S2 and leave everything else in the trash, like it never happened. A bit like>>161784 but without the dream sequence. It depends on what works most for your narrative.
Anonymous
Sat, 28 Jul 2018 11:13:27 GMT
????
?
No.161790
>>161784
>>161786
Or make it simple, everything that happened after the wedding is just a dream induced by the changelings cocoon. Twilight actually got captured and she is stuck in a dream while changelings are feeding on her. She start to notice some stuff who doesn't make sense and start to woke up, to see that a few months happened after the failed wedding. It would make more sense if you want to exploit the dream path.
Anonymous
Sat, 28 Jul 2018 12:52:08 GMT
????
?
No.161798
>>161765
Sure, someone with the power to punch the hair dye off people gets into a fight with Glimmy because fuck Communism, he punches all the OP stolen-from-suicided-commies-in-her-gulag magic out of her and then uses that to upgrade Twilight's castle while extreme home makeover-ing it. This happens before she decides to fuck off either to the crystal empire or her old town and dies on her way back to her home planet. Or before Discord is vanquished like the demon he is, and she dies. There, now she's actually a useful character, because she made the lives of Ponyville citizens better. I'd tell you what Phil Swift can do with a fuckton of stolen magic when upgrading houses, but I don't want to make who I am obvious.
>>161764
No, I was thinking of removing Twilight's wings. But fun trivia: She was originally going to be called Aurora Glimmer. But Princess Aurora was taken. So they gave her this shitty name and forced rushed non-redemption arc and tried their hardest to push this character. And when that failed, she was semi-demoted to background character. But (((they))) are still fucking pissed over not getting to give Glimmer the wings she "deserved", which is why they're making so many "Fuck you, critics!" "Don't hurt my feelings with harsh words!" "Let people like what they want! You aren't doing that if you criticize!" "MLP is just a cartoon, stop expecting it to be good! It isn't for you fucking complainers, it's for the little girls and hasdrones who love it!" "Nu mlp is just as good as the old, if not better, you fucking Quibble Pants!" episodes out of spite. They wanted to push Glimmer harder than Ben 10 Omniverse pushed Feedback.
Anonymous
Sat, 28 Jul 2018 12:59:20 GMT
????
?
No.161799
161810
File (hide): 144967684C47308FC27E675CE009B776-369180.png (360.5 KB, 796x597, 28912-full.png)
[Bing] [wait] [Tineye] [Yandex] 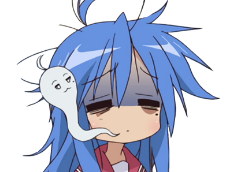 >>161784
>"Then Twilight woke up and realized it was all just a dream."
"W-why are you doing this?" Cried Twilight in a tone of regret.
The castle was in ruins, derbis and broken crystals plagued the place as a cloud of dust cleared from an explosion earlier, revealing the bodies of colorful ponies some unconscious, some dead.
An unforgiving gaze, chilled her to the bone, a soft aura around her had begun to form, twilight knew there was no escape.
With a soft voice of sweet tone, like that of a mother caressing his child, glimmer had but one thing to say;
"It's for the best, my dear"
Darkness had begun to fall, it was just a matter of time now, goodbye twilight, might your soul rest in peace.

It is morning in ponyville, spike is cleaning the treehouse when a sudden scream startles him
"Whaddaheck" he said to himself before running up to twilights room, finding nothing but a very perturbed twilight against a corner of the room looking with both fear and confusion.
It was the first time spike saw his caretaker like that, like a child watching his mother cry, he could not help but feel uneasy, and so, with a trembling tone he called her name.
"Twilight..?"

The purple pony almost jumped from the surprise, as if spike had just teleported at the door
"S-Spike? Is that really you?"
Spike looked at his own body
"I guess" he replied, shrugging.
"Look, twilight, i told you it was a bad idea to read the necronomicon before bed" The tiny dragon said, walking inside of the room, assuming whatever had happened was no more than a bad dream, it was not the first time such a thing happens.
Twilight slowly lifted herself from the ground, watching the small dragon tiddy up her bed.
"Spike..What year it is?" she asked, as there must be some clues as to what happened, was it time travel, an illusion, death..?
With a look of annoyance, a sigh and a tidy bed, the dragon responded "it's the 23 of the new lunar year, you forgot?"
"23..? This is…"
"Just a normal day, like any other"
A sudden blackness encompassed twilight, as her legs failed her.