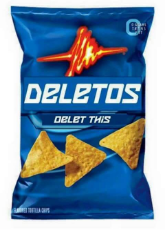 Anonymous
Fri, 27 Jul 2018 01:34:02 GMT
????
?
No.161472
161478 161522
>beat liberal in debate
>liberal gets next-level salty and posts gore snuff shock shit with dead kids getting stabbed
>wonder why gore would be posted on its own without any sort of "Dis is some dead kid and I blame you for his death! I blame all conservatives for school shootings, all dead kids and the continued shittiness of the third world!" message attached
>feel nothing because media has desensitized me to gore so badly, it took me a moment of confusion about the post after I saw it before I figured out it was supposed to shock and disgust me and give me nightmares or some shit
>report liberal's post
>feel disgusted at myself for not being able to feel disgust any more

What the fuck is wrong with me?
Anonymous
Fri, 27 Jul 2018 01:44:16 GMT
????
?
No.161477
161478
Fuck, this looks like an attention-grabbing thread, doesn't it.
Anonymous
Fri, 27 Jul 2018 01:46:50 GMT
????
?
No.161478
161481
>>161472
>What the fuck is wrong with me?
Nothing at all.
This is just a side effect of having seen gore before. This is the same that is used on soldiers that are going to war. Desensitize towards the horror they will see by showing images of it so they are prepared. Also you know there is so much suffering in this world that images of some of them don't have that great impact. You can't go around feeling sorry for every horror in the world as it is so much of it, and you would not be able to do anything else. But rest assured that you will have a different reaction if it is in front of you in real life. And especially if it is someone you can identify with or know.

Sometimes you have to desensitize yourself and feel nothing so they won't control you emotionally.
Anonymous
Fri, 27 Jul 2018 08:05:55 GMT
????
?
No.161547
Because you are on /mlpol/ I am going to assume you have had some experience with the chans and cause of that I can guarantee you have seen irl gore before. Once you've seen something so many times the shock factor fades away and you feel less emotion than you previously did. I remember I used to watch rekt threads on /b/ (this was before my transition to /pol/) and at first I was horrified but after a while the horror later became amusement. Sure watching someone die irl is terrible but even after watching that enough you get used to it along with everything.

Basically you've already seen this shit before so naturally it doesn't surprise you. Its as simple as that.
6 replies |  2 files |  1 UUIDs |  Archived
;
[Go to top] [Return] [Catalog] [Archive]