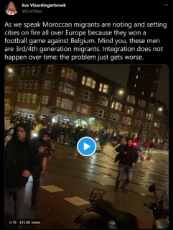 This sort of thing: https://research.calvin.edu/german-propaganda-archive/lustige.htm 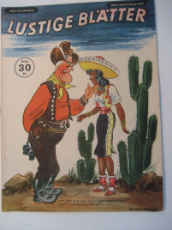 Trying to share the innovations and civilizational advances with other civilizations seems to have been a mistake. Outside of the East Asians, no other group seems to even be capable of mimicking the advances of the west, let alone emulating the best parts of our civilization.

Other civilizations are not Western people. It does seem to me that a lot of the idea of outreach, the idea of the "white man's burden" to share western advances like food production, medicine, and architecture, is largely based on the idea that the only difference between different racial groups of people is culture and that the problems of starvation and mass death from disease can be solved by equipping them with our knowledge and giving them some temporary assistance of material resources to help them get the ball rolling. This has not proven to be the case.
Anonymous
Thu, 08 Dec 2022 10:17:13 GMT
a805d24
?
No.356416
File (hide): 92A063B649EAA11B1FC74AE2BF70898E-2925571.gif (2.8 MB, 604x340, 268.gif)
[Bing] [wait] [Tineye] [Yandex] 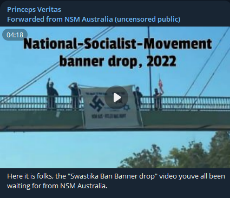 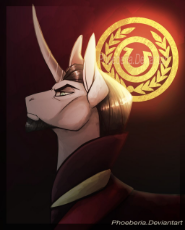 >>356381
Some Nordicists claim that civilization was a mistake. In particular, due to the elimination or reduction of certain evolutive pressures. Some others claim that western man was not ready for civilization.
Regardless of your opinion on that claim. It should be considered when thinking about the white man's burden. Because none of these people were ready.
Anonymous
Sat, 10 Dec 2022 22:47:50 GMT
05f32e8
?
No.356468
356469
>>356466
Survival in nature is shaped by a single crude tool: Failure.
Complex societies allow mankind to define success.
A fair society can ensure toolmakers can dedicate their lives to making tools that improve everyone's lives and chances of survival, and ensure the best toolmakers can grow richer than the worst toolmakers, increasing their capacity to reproduce.
In a fair and just society, evolutionary pressures are shaped by mankind's desire to ensure the best people for the most important jobs rise up due to meritocracy and produce higher amounts of higher quality offspring.
Of course, we do not live in a fair and just society.
We live in a jewed society.
No wonder so many people come to the conclusion that society itself was a mistake.
But Hitler's society worked. It worked better than its enemies. It took almost everything the Jew had to destroy it. A good society prioritizes the volk, the people, not profit for the parasitic jews.
Anonymous
Sun, 11 Dec 2022 01:00:12 GMT
935d6fe
?
No.356469
>>356468
Agreed. As for its importance on the white man's burden. You can't jump straight into civilisation, skip everything that shaped the white man, and expect that everything is going to work just fine. Non-eurasians are too "raw" to be served on the dish of civilisation.
Anonymous
Thu, 22 Dec 2022 00:27:15 GMT
6581e93
?
No.356689
356698
File (hide): F37DDEA7F4E9B4AF9105DF147CE1F001-28119373.mp4 (26.8 MB, Resolution:1280x720 Length:00:02:20, AntiPedoRally.mp4) [play once] [loop]
[Bing] [wait] [Tineye] [Yandex]

Most people will agree with almost everything the Nazi platform stands for, like keeping kids exercising and playing team sports to stay fit, healthy, and build a sense of community, but as soon as they hear or see anything that reminds them of national socialism their programmed responses kick in.