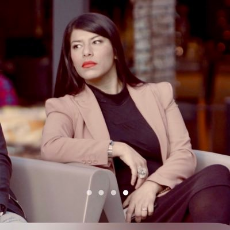 The Bonita Report: How The US Convoy Movement Was Infiltrated And Disrupted
Anonymous
Thu, 10 Nov 2022 21:11:24 GMT
096b386
?
No.355609
355665
[Last 50 Posts] [Last 100 Posts] [Last 200 Posts]
This report focuses on the destructive behavior of Carolina Bonita (Galvan) starting with her infiltration into World Wide Demonstration (WWD), but focusing primarily on the American Convoy movement which she worked hard to undermine. Carolina Bonita was first identified as a destructive force and presence over a year and half ago. During this time she was working directly with two individuals and the three of them were running an operation to infiltrate the grassroots health freedom movement in the USA, at the time known as World Wide Demonstration. Alongside these two individuals named Harry and Gina (neither of whom reside in the US), Carolina helped run an online (Telegram) and real life campaign, using deception and manipulation to falsely represent the group as leadership of the US World Wide Demonstration movement. Their fake, Astro-turf operation was called WorldWideUSA. You can read more about this initial discovery here: ccsfreedom.org
Anonymous
Thu, 10 Nov 2022 21:13:37 GMT
096b386
?
No.355610
https://img1.wsimg.com/blobby/go/dc56e0ef-12f2-48c3-a87d-467422ae77db/The%20Bonita%20Report.pdf
Anonymous
Thu, 10 Nov 2022 21:15:17 GMT
096b386
?
No.355611
Original Themis Report
https://img1.wsimg.com/blobby/go/dc56e0ef-12f2-48c3-a87d-467422ae77db/The%20Themis%20Report_06Oct2021-0006.pdf
Anonymous
Fri, 11 Nov 2022 03:17:17 GMT
c426dbc
?
No.355641
From the Bonita Report:

According to Brian Brase, when it was discovered that she was trying to join the People’s Convoy along with the remnants of the GAAP convoy, Carolina was asked to leave. She then snuck back in to Hagerstown. When she was discovered, Brian said that the lead truckers, not trusting the situation at all, brought in the state police. The vehicle she had come into Hagerstown raceway in was searched and it was discovered that the trunk was full of guns. Not a couple, like…to the brim…trunk loaded with arms, in the words of Brian, “armed to the teeth.”

Who would do this? Who would unknowingly bring a vehicle filled with guns into a convoy just after the Coutts crossing false flag? Here we are not just talking about a concealed weapon, a handgun in a glove box, we are talking about a cache of arms. The Police apparently told Carolina and her people to leave the state by that night.
According to accounts from individuals who were with her, they left Hagerstown, but instead of leaving the state, they found a nearby hotel and regrouped. Why wouldn’t the police have made any arrests? Were the guns confiscated? Why didn’t the police make sure Carolina and her crew actually did leave the state? This isn’t the Deep South where everyone carries, this is MD, just outside of Washington DC. Remember how involved the Department of Homeland Security, police and even the National Guard were in providing security to DC in expectation of the convoys arriving there? Following the discovery of arms, the police brought in K-9s, and flew drones over Hagerstown. Volunteer squads monitored the periphery of the speedway for days. For such an apparent high risk situation, it’s hard to understand how Carolina was simply able to go to a nearby hotel to reconnoiter. But that’s what she did.
Anonymous
Fri, 11 Nov 2022 10:59:50 GMT
bcdccd1
?
No.355665
>>355609
>Never trust blacks, browns, jews or yellows
[Last 50 Posts] [Last 100 Posts] [Last 200 Posts]
4 replies |  1 files |  3 UUIDs |  Page 6
[Go to top] [Return] [Catalog] [Reload] [Archive] [Update] ( Auto)