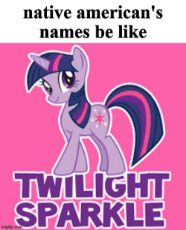 The "The Holocaust never happened" thread
Anonymous
Sun, 30 Oct 2022 02:07:54 GMT
9300fb4
?
No.354974
[Last 50 Posts] [Last 100 Posts] [Last 200 Posts]
According to the World Almanac, featuring information from the American Jewish Committee and the Statistical Bureau of the Jewish Synagogue Council of America.

As shown, the numbers of Jews before and during the war, are mostly congruent and stable. Therefore, one may take as a fact 15.7 million Jews around the world shortly before the War, with a slight decline during the War. Immediately after the War, in 1947, the same sources reported 444,271 Jews more as in 1940! The number of the Council of Synagogues too is 163,630 higher than that of 1939!

If between 1939/1940 and 1947 six million Jews were murdered, it is of course impossible that there were more Jews in 1948 than in 1940. With 6 million Jews murdered after the war, no more than 10,288,259 Jews could have been counted then. This was understood by the proponents of the Talmudic number either, which is why after 1947 drastically reduced numbers of Jews appeared on paper. Not only the numbers of post-war Jews were presented much lower, at the same time higher numbers of pre-war Jews were presented. Of course with no substantiation or reference other than in those days circulating astronomic death numbers for the camps. The manipulation of numbers of Jews in the world and Europe clearly is a post-war phenomenon.

The postwar manipulation shows that not WWII led to "Six Million Jews murdered”, but the Talmudic numerus fixus, slavishly accepted by the kin of Holocaust Court historians. The chaos and arbitrariness of post-war numbers of Jews in the world is shown by the following:

Whoever wants to give any credence to Jewish postwar figures about numbers of Jews in the world, surely has a lot to explain.

This also proves the falsity of the propaganda of 'Six Million'. Demographic impossibility phenomenon: number of Jews before and after the war. 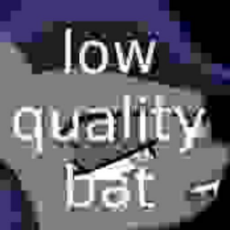 Anne Frank's father was sued by New York scriptwriter Meyer Levin for not paying him for writing the Diary of Anne Frank ~ He was awarded $50,000 by the court.
Anonymous
Wed, 16 Nov 2022 00:08:25 GMT
9300fb4
?
No.355854
>>355848
It is easy for the jews to dismiss every piece of evidence they do not wish to be true.
Just as it is easy for a serial rapist to say all the victims and witnesses are lying.
But do they really deserve the benefit of the doubt, given how they treat whites?
They are actively pushing for white genocide and trying to make examples of anyone who speaks up about it.
Even if the holocaust did happen and good white men really charged into machine gun fire to save them from the bad ones, why do they now treat all whites as slaves to be exploited and vermin to be exterminated?
Jews deserve death. Unquestionably, they deserve death, and so do the pets they imported to attack us. They should thank us for just wanting them all out of our hair. But they all deserve worse. We all know it.
Anonymous
Wed, 16 Nov 2022 03:04:53 GMT
9300fb4
?
No.355863
>>355860
You're saying a lot of words but let's get something straight. Jews are genetically predisposed to subverting nations in the same way newborn turtles feel the urge to venture into the sea despite not knowing what that is or whether swimming is even possible for anyone let alone turtles.
Jewishness isn't just "an ideology" jews can choose to stop supporting at will, it's a racial sickness that compels literally all jews to work together to harm us or say/do nothing to oppose it in a way that matters.
Genocide the jews before they genocide us.
Anonymous
Mon, 21 Nov 2022 07:46:39 GMT
682fd0b
?
No.356053
356057
"Assorted Cracker" hegemony gets dented, by the niggers it didnt even decide to genocide, white preferential treatment still intact...