Think of how retarded leftists look when they talk about racism as an inherent undefendable evil, anyone arguing against it is de facto wrong even before they open their mouth.
They've been psyoped over generations into thinking that loving your own people is an inherent evil, they see it as an axiom, and they're 100% emotionally and morally invested into it.
Don't be like that. Everything is open to question.

Child marriage was an historical norm. It was always seen as acceptable.

https://www.worldatlas.com/articles/child-marriage-rationale-historical-views-and-consequences.html
>Child marriages involving only one marriage partner below the age of 18, usually the female, are also quite common. Throughout history till the 20th century, child marriages were the norm in most parts of the world
>Girls were usually married off as soon as they reached puberty or sometimes even prior to that

https://www.tandfonline.com/doi/abs/10.1300/J056v16n02_03
>Age of Consent throughout history has usually coincided with the age of puberty although at sometimes it has been as early as seven. Early on age of consent was a familial or tribal matter and only became a legal one in the Greco-Roman period. The Roman tradition served as the base for Christian Europe as well as the Christian Church itself which generally, essentially based upon biological development, set it at 12 or 14 but continued to set the absolute minimum at seven 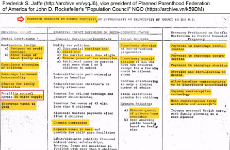 Things that are harmful don't evolve into universal norms. There's every excuse made for it after the fact but it's as ingrained in us as something like racism.
Loving your own is a feature. It's a good thing. It's evolved.

The benefits of it are that when you're monogamous, picking early means that you get first dibs. Her entire sexual history is yours.
Sure, you could pick when they're more mature but you're competing against everyone else.
Think of it as buying a stock early at a low price. It's an investment, you have to wait, but it pays back dividends

It became taboo started with feminism. It was actually the very first feminist act.
It was the first act of female sexual "liberation."

https://www.smithsonianmag.com/history/what-raising-age-sexual-consent-taught-women-about-vote-180975658/
>The very first bill ever proposed by a female lawmaker in the United States came from Colorado state representative Carrie Clyde Holly in January 1895. Building on a decade of women’s activism, Holly’s ambitious legislation sought to raise the age of consent in the state to 21 years old. In 1890, the age at which girls could consent to sex was 12 or younger in 38 states. In Delaware, it was seven.

>By petitioning legislators in dozens of states to revise statutory rape laws, these women forged interracial and cross-class collaborations and learned the political skills they’d later use to push for suffrage.

The consequence was that girls did not get married young, they're supposed to idle for 6+ years when they've become sexual, and so they have one time stands at a young age and ruin their future.
They're supposed to go to school and get a job, or "experiment" with their sexuality, nothing good, nothing natural, and we know how that turned out.

The age at which you have kids acts as a multiplier. When you're competing with other groups this is extremely important.
When you look at jewish fertility reduction measures such as the Jaffe Memo, the first thing they list is delaying marriage.
Almost everything on this list has been implemented. They all followed that first step in feminism. Do you think they just so happened to do us a favour? 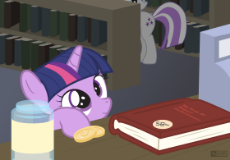 Now we get into reproductive health

>But a teen can't bear a child, that's unsafe, we get told this constantly!

TL;DR is that it's confounding with CSE (race). It's another psyop.

https://www.ncbi.nlm.nih.gov/books/NBK219236/
>Although blacks were overrepresented in the entire sample
>These sample hospitals served a primarily black, low SES area of their respective cities. Thus the results from Marecek and Hardy may differ from those of the other studies.
>Among whites, in contrast, first born children of mothers 20 to 25 scored lower on the average than children of mothers 18 to 19; children of mothers under 18 did not differ from the other groups.
>Marecek also failed to find a difference on the Stanford-Binet by age at first birth among whites.
>In the Marecek study, no difference in intelligence by mother's age at first birth was found for whites.
>These models were developed only for blacks, since the white samples were too small for meaningful analyses
>Belmont el al. found the contribution of maternal age in years to be very small, contributing less than 1 percent of the variance explained in intelligence.
>In general, the results from the three data sets were very similar. The authors' (Belmont et al.) conclusion was that the offspring of teen mothers suffer IQ depression only because of associated social disadvantages and not because of any “immaturity of the mother.”

>The evidence is consistent that perinatal problems increase among mothers above age 30; however, recent evidence from the Danish Perinatal Study and from the Collaborative Perinatal Project in the U.S. show a linear relationship between maternal age and perinatal mortality with low rates among young women, and increasing rates with maternal age (Mednick and Baker, 1980)—or that there is no relationship (Broman, 1981), at least for ages 12–29.

>In general, the results from the three data sets were very similar. The authors' (Belmont et al.) conclusion was that the offspring of teen mothers suffer IQ depression only because of associated social disadvantages and not because of any “immaturity of the mother.”

>Although these relationships appear to hold in the population as a whole, there appears to be little difference between children of adolescent and non-adolescent mothers in special samples where prenatal and postnatal care are good. Sandler et al. (1981) evaluated the relationship between the age of mother and two measures of newborn behavior: 1) the Neonatal Behavioral Assessment Scale (Brazelton) and 2) a measure of infant temperament (Carey “My Baby” scale). No differences were found on the Brazelton Scale or Carey scale between children of adolescents and post adolescents (age not defined) within the first few days after birth.

>A number of recent studies failed to find any difference by age of mother in health status of neonates at birth (Apgar score, birth weight, prematurity, birth trauma, etc.) once initial differences such as differences in SES between adolescents and non-adolescents were controlled (Zuckerman et al. 1983; Rothenberg et al., 1981). Net of SES, Broman (1981) found older women to have higher birthweights among blacks, but not whites. Also net of SES, Broman (1981) found the youngest adolescents (12–15) to have lower Apgar scores than older adolescents among whites and blacks. The differences were very small, however. 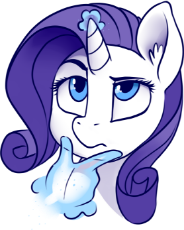 Being able to consent means you're able to make a decision and say yes. You can argue whether they should be allowed to or not and that's a less obfuscated way of talking about it 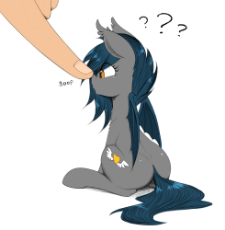 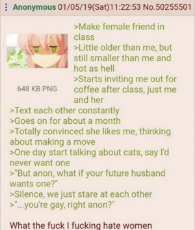 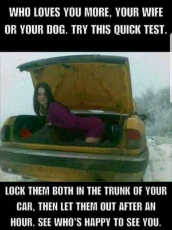 Why not discuss why you think it's wrong instead of saying you want to ban the discussion?

Either way, my thread is legit 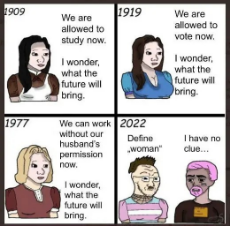