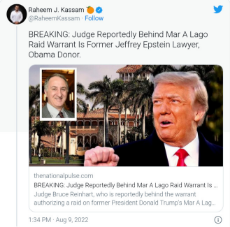 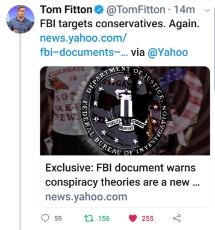 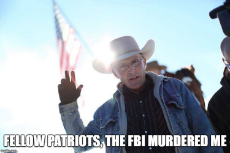 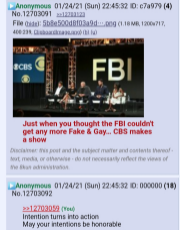 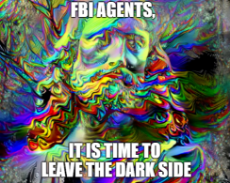 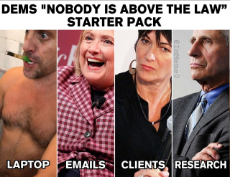 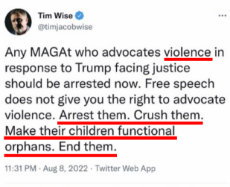 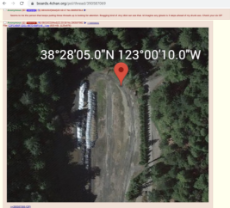 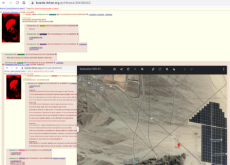 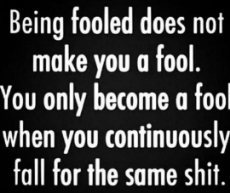 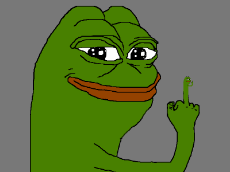 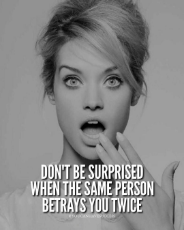 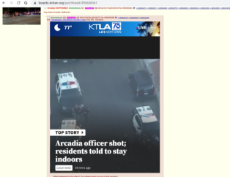 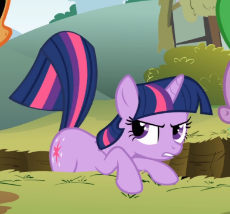 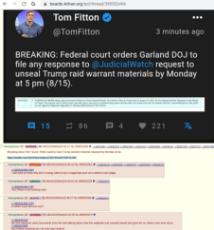 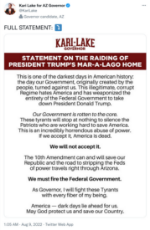 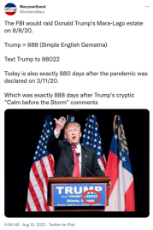 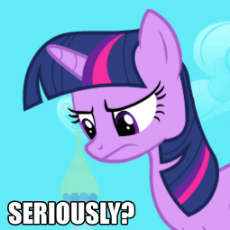 >number 88 matters for gematra
>trump might be the antichrist because he returns.
>antichrist was wounded and lived. trump hasn't been assassinated yet, but he could survive an assassination. PROOF!1!!
>trump says back to the future twice. so... ???. trump wins! 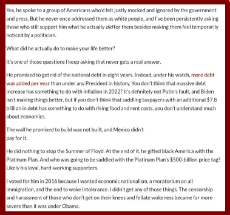 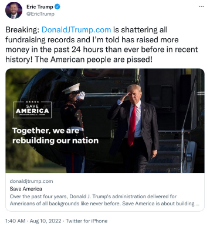 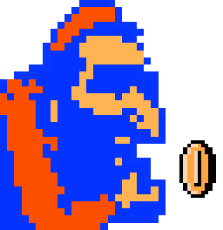 >Operation Mockingbird: MSM Caught Reading EXACT Same Script About FBI’s Trump Raid
>Multiple mainstream media outlets have been caught reading from the same script and advancing an identical propaganda narrative following the FBI raid on former President Donald Trump’s home at Mar-a-Lago.
>Numerous media outlets read from the exact same script, repeating a similar talking point following the raid, saying “sources say there’s been a strong reaction to the raid on extremist and Q-Anon-related forums.”
>The official narrative pushed by these mainstream outlets attempts to use guilt by association to tarnish criticism of the raid. According to the mainstream media, anyone criticizing the unprecedented raid on the home of a US president is a conspiracy theorist calling for violence.
https://newspunch.com/operation-mockingbird-msm-caught-reading-exact-same-script-about-fbis-trump-raid/
https://www.youtube.com/watch?v=741V_QQbgls
Anonymous
Sun, 14 Aug 2022 04:53:43 GMT
No.349728
>>349528
>sounds absolutely crazy for us, but for the kikes, they are fulfilling prophecy
1:30:10 "they are following endtimes prophecy [that] trump as the messaiah of edom that's gonna destroy edom. i don't see who can refute this" "I believe this is fulfillment of bible prophecy" 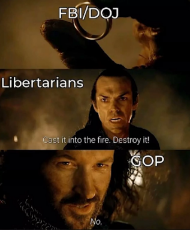 >Republican Leaders only care about Themselves
>What happened to Trump is no different than what has happened to hundreds of other White Americans, who are better people than Trump, under Merrick Garland’s Jewish reign of terror. Trump himself betrayed and abandoned the martyrs and prisoners of January 6th, and in the absence of unified leadership their legal defense and fight for justice has collapsed into a disorganized rout.
>As long as Republican leaders will not fight just as vigorously for the “little people” being ground down under the iron heel of Garland’s Jewish tyranny as for billionaires and celebrities, they are unworthy of the loyalty and support of all decent White Americans.
>If we have no leaders in the two-party system willing to stand up for those Whites without power, wealth and connections being targeted by Jewish tyranny, then we must lead ourselves.
https://xyz.net.au/2022/08/republican-leaders-only-care-about-themselves/
Anonymous
Tue, 16 Aug 2022 02:09:18 GMT
No.349851
File (hide): 5D3BB4585184B7D6144F7AAE1449AD53-94050.jpg (91.8 KB, 800x493, judge.jpg)
[Bing] [wait] [Tineye] [Yandex] 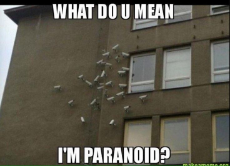 >>349863
As expected, zog spokesman Carlson turns about:
- We need the FBI
- You can't just defund federal law enforcement
- There's a lot of laws, some silly, some are serious and must be enforced
- So, we must have an FBI and has to be an FBI we can trust 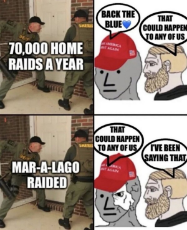