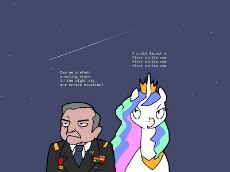 World War Three
Anonymous
Mon, 01 Aug 2022 12:36:30 GMT
26028a6
?
No.348997
349000 349002
[Last 50 Posts] [Last 100 Posts] [Last 200 Posts]
As you know, the conflict in Ukraine and Europe being backed by the US is going to last and get worse as the US are shilling their weapons to Ukraine against Russia. The EU want to do everything possible to back up Zelensky's regime and censor all the crimes they performed for almost a decade.
The crisis in the chinese sea is also a risk of conflict, as the chinks keep stirring up shit against Japan/Taiwan for years, now imagine Nancy Pelosi giving a speech there assuring them the US is on their side.
The crisis also in the middle-east is also lasting, and we can expect also Israel and Saudi to pick sides, this is going to happen at this point.
What will come after the war is the question. Will we look back at the real causes, which are mostly Americanism, the globohomo and their will to rule the world and China for shilling their commie ideology and shitty smartphones.

Will WW3 revert the curse of the WW2's outcome? Bringing back nationalism and rationalism, annihilating the globohomo/globoshlomo once and for all, or will it be worse?

Anonymous
Mon, 01 Aug 2022 13:08:30 GMT
a7ac790
?
No.349000
349011
>>348997
Good questions. This would/will be the first major worlwide conflict in which everyone carries a camera, microphone, and global communication device around with them. One can imagine propaganda, fake news, psyops and shit will be off the charts, and that there is a sufficient percent of society that will believe without investigation or question whatever side of the (((media))) they align politically with, no matter WHAT is said and done.
So, IMO the only question is what effect meme war vets/recruits will have in the digital landscape. Being the left cant meme, it should be good for lulz at the least, but alot of circumstantial details have yet to be determined so its anyone's guess, and that goes for during and after the conflict.
Anonymous
Mon, 01 Aug 2022 13:24:44 GMT
92d400b
?
No.349002
>>348997
>now imagine Nancy Pelosi giving a speech there assuring them the US is on their side
Didn't the Russia vs Ukraina war start by Kamala traveling to Ukraina and hinting that she welcomed Ukrainian membership into NATO?

>Will WW3 revert the curse of the WW2's outcome? Bringing back nationalism and rationalism, annihilating the globohomo/globoshlomo once and for all, or will it be worse?
Hard to tell, but it is strengthening nationalism in Ukraina and in Russia while the EU pretends it is a fight for the global community aka. globalism. So the narrative from the EU and the like is that it a fight to preserve globalism (without straight out using that words) while the countries taking part it is nationalism. I think WW2 ended up promoting nationalism in every country, it was the long period of peace that paved the way for globalism. The EU is the slow eroding of national states where people slowly looses it without a say, while a war will force people to choose. But whether it will be nations or ideologies that will be the outcome is the big question.
Anonymous
Mon, 01 Aug 2022 20:08:14 GMT
3a77577
?
No.349011
>>349000
trips checked

the meme war will take place, and it will be based. imagine denying war crimes as they happen, imagine state sanctioned shills making the most entertaining war propaganda and lies, just to please the masses. If the 2016 Trump PR team could capture the attention of a nation, this is going to be legendary.

Unfortunately, I am not yet entertained. For better or worse. This war will somehow eventually become exciting.
Anonymous
Mon, 01 Aug 2022 20:26:34 GMT
3a77577
?
No.349013
>Will WW3 revert the curse of the WW2's outcome?
aging demographics will dictate future politics, no longer some war from 80 years ago. for many, that means peace and poverty. for Russia (deeply affected) that means do something really stupid before you no longer can. slightly safer (maybe), but still poor.