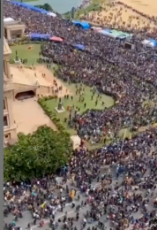 >President Gotabaya Rajapaksa has agreed to resign in the coming days, the speaker of Sri Lanka’s Parliament said on a tumultuous Saturday that also saw the prime minister say he would step down and the storming of both leaders' residences by protesters angry over the nation's severe economic crisis.
>Speaker Mahinda Yapa Abeywardena said in a televised statement that he informed Rajapaksa that parliamentary leaders had met and decided to request he leave office, and the president agreed. However Rajapaksa will remain until Wednesday to ensure a smooth transfer of power, Abeywardena added.

>Opposition lawmaker Rauff Hakeem said a consensus was reached for the speaker of Parliament to take over as temporary president and work on an interim government.

>The announcement of the president's resignation came hours after protesters swarmed into his fortified residence in Colombo. Video images showed jubilant crowds taking a dip in the garden pool. Some people lay on the home's beds, while others made tea and issued statements from a conference room demanding the departure of both Rajapaksa and Prime Minister Ranil Wickremesinghe.
>Protesters also broke into the prime minister's private residence and set it on fire, Wickremesinghe's office said. It wasn't immediately clear if he was there when the incursion happened.

>Hours earlier Wickremesinghe had announced his own impending resignation, amid calls for him to quit. But he said he will not step down until a new government is formed, angering protesters who demanded his immediate departure.
>“Today in this country we have a fuel crisis, a food shortage, we have the head of the World Food Program coming here and we have several matters to discuss with the IMF,” Wickremesinghe said.. “Therefore, if this government leaves there should be another government.”

>The country is relying on aid from India and other nations as leaders try to negotiate a bailout with the International Monetary Fund.

>Months of demonstrations have all but dismantled the Rajapaksa political dynasty, which has ruled Sri Lanka for most of the past two decades but is accused by protesters of dragging the country into chaos through poor management and alleged corruption. The president’s older brother resigned as prime minister in May after violent protests saw him seek safety at a naval base.
>Thousands of protesters entered the capital from the suburbs Saturday after police lifted an overnight curfew denounced as illegal by lawyers and opposition politicians. With fuel supplies scarce, many crowded onto buses and trains while others made their way on bicycles and on foot.

>Wickremesinghe said last month that the country’s economy had collapsed and that negotiations with the IMF were complex because Sri Lanka was now a bankrupt state.
>Sri Lanka announced in April that it was suspending repayment of foreign loans due to a foreign currency shortage. Its total foreign debt amounts to $51 billion, of which it must repay $28 billion by the end of 2027.
https://archive.ph/DUkJR 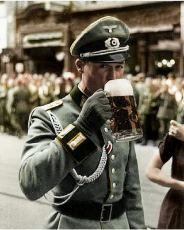 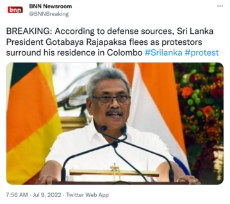 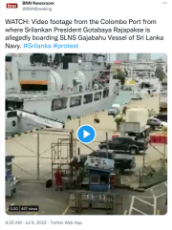 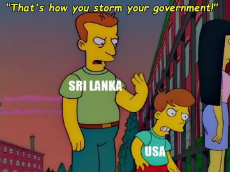 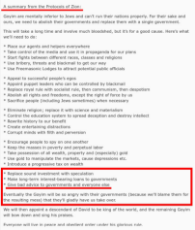 >Globalists Celebrate Their Perfectly Executed Destruction of Sri Lanka - Is Your Country Next (Video)
>According to the WEF, everything was going great in Sri Lanka, but what are we seeing four years later: bankruptcy, inflation, default, shortages of food, shortages of commodities, shortages of fuel, and violence in the streets.
>The Prime Minister of Sri Lanka declared a state of emergency after President Rajapaksa and his wife fled to the Maldives hours before he was due to resign. The country is facing its worst economic crisis since gaining its independence from the British on February 4, 1948.
>To the global economic elite, Sri Lanka was the pearl of Asia, explains Glenn Beck. In 2018, The World Economic Forum praised the country in an article entitled: This is how I will make Sri Lanka rich by 2025. Not surprisingly, the article has also been quietly removed. Just as they removed their praise and connection to Vladimir Putin
https://rairfoundation.com/globalists-celebrate-their-perfectly-executed-destruction-of-sri-lanka-is-your-country-next-video/
https://twitter.com/JackPosobiec/status/1546713624982454272
https://twitter.com/argonerd/status/1546734267606220800

>Glenn Beck: Do Not Forget What The Globalists and Their 'Plans' Did To Sri Lanka!
https://rumble.com/v1c5i9v-glenn-beck-do-not-forget-what-the-globalists-and-their-plans-did-to-sri-lan.html

This is getting interesting, the ousted president could flee to Maldives, then his accomplices in the politician caste announced a transition of government, meaning the mafia remaining in power together with the military cracking down on the people to "restore order". The shitkins weren't having none of that and stormed still more bureaucracy's buildings, a TV station, and overpowered the mafia's police again.
Developing. 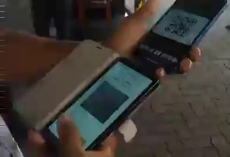 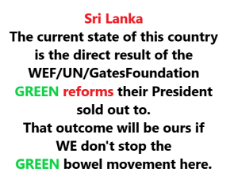 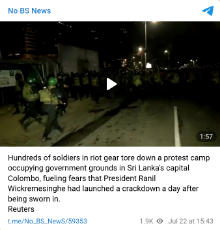 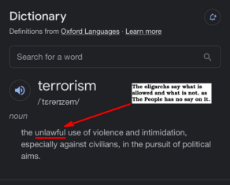 >>348762
>I agree, it will only work and be permanent when the cops will also begin to starve and stop serving the power.
Or, the people denies them agency. Surely the oligarch gangs will escalate and resort to overt terrorism because that is their training, language and leitmotif. So all bets will be off, their masks will fall and war will be.
By the way, cops, military, and other armed employees will never starve and they pretty know it, the oligarchs need them to enforce their will on the slaves and without exception along history, those employees have opened fire, beaten people to death, and terrorizing the whole society just for the oligarchs' promised goodies. In other words, their pension is on the line and they will do all kind of evil just to keep it.
Anonymous
Thu, 28 Jul 2022 01:28:39 GMT
3ec3f4d
?
No.348774
348790
File (hide): F63C7D0A6823779264BD698EA8FA6E68-1076538.jpg (1.0 MB, 1200x757, 85101203_p0_master1200.jpg)
[Bing] [wait] [Tineye] [Yandex] 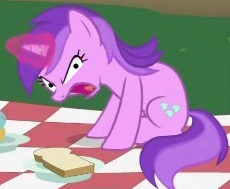