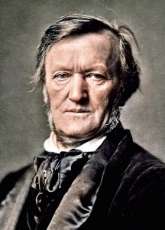 The three Rhine Maidens are guarding the Rhine gold that Wotan has placed there for safekeeping, for whoever controls "the star that shines through the waves" (the power that emanates through the heart of Germany, represented by the Rhine, the historical heart of Germany) will have the power to control the Universe. The Dwarf, or Nibelung (((Alberich))) comes from below the earth, seeking out the maidens due to his lust. The maidens taunt him, as he is ugly with Hebrew features. It is then that (((Alberich))) spots the shining Rhine Gold. The Rhine maidens at first are worried he will take it, but they remember that only one who has renounced love can take the gold and form from it the Ring that can control the Universe - however, recalling how the Aryan maidens rejected him, (((Alberich))) curses love and so seizes the Rhine Gold, with the maidens taking chase, calling out "thief! thief!".
Meanwhile Wotan, King of the Gods, has hired the titans Fasolt and Fafner to build the fortress of Valhalla for him, and was to pay them with his daughter Freia's hand in marriage, which Wotan now refuses - so instead the titans settle on being given the Ring that (((Alberich))) is now forging deep below the earth. Wotan tricks the (((Nibelung))) into giving him the Ring, and when Fasolt and Fafner hold it, Fafner kills Fasolt so as to be the sole master of Ring, the power of which transforms him into a dragon.
Wotan wanders the earth, and by an earthly woman sires the Volsung, the unity of man and God. One of these, Sieglinde, becomes the wife of a man called Hunding, and one day another, Siegmund, arrives, and the two fall in love and run off together, with Sieglinde becoming pregnant with Siegmund's son, who will become the model of the Aryan man, the representation of Germany's strength itself. Hunding chases the couple and in battle, Siegmund and Hunding kill one another, and the Gods, fearful of Sieglinde's unborn son, decide to oppose his birth, but are prevented by Wotan's daughter Brunhilde, who Wotan seals away in sleep on a rock surrounded by towering flames. And so only the son survives.
The son, Siegfried, being without parents, is raised by the surrogate father (((Mime))), the brother of (((Alberich))), who is conspiring to use Siegfried to obtain the Ring. Despite the subversive parenting of the (((Dwarf))) (who you should recognise as representing the powerful role Jews held over Germans at the time), Siegfried despises him and is very rebellious. (((Mime))) makes for Siegfried a sword with which he can slay the dragon Fafner - Siegfried successfully slays Fafner, and takes the Ring for himself, when he is told by a bird of the rock Brunhilde is stranded on (he understands the bird because he accidentally tasted a drop of Fafner's blood, which is imbued with the power of the Ring). So he goes to the rock and wakes Brunhilde, who is the first woman he has ever met in his life. Falling in love with her deeply, Siegfried gives her the Ring.
He continues on his travels, sworn now to love only Brunhilde, but he stays with the King of the Gibichungs, Gunther, who has a half-brother called (((Hagen))), who was illegitimately sired by (((Alberich))). (((Hagen))) recognises Siegfried, and slips him a potion which makes Siegfried forget Brunhilde, and instead he offered the hand of one of the Gibichung women. When Brunhilde learns of this, she is overcome with jealousy and allies with (((Hagen))) to conspire to kill Siegfried - the woman works with the Jew to overthrow the Aryan man. And so, working together, (((Hagen))) manages to kill Siegfried, and Brunhilde, in sorrow, builds a funeral pyre for him, on which she throws herself too. The fire from the pyre rises to the heavens, burning Valhalla such that it crashes, burning to the earth, burning the entire world away.
Once the earth is gone, the river Rhine rises from it's banks to wash the world clean. And then, again the Rhine maidens arrive, the Ring now being guarded in the depths by them, and (((Alberich))) still works at his forge below, making the opera a grand cycle.

Wagner presented both what the future would hold in store for the German people, a message Hitler took to heart and would do his best to prevent it, and secondly that even in spite of the efforts of the (((Dwarves))) to seize power, history is cyclical and eventually the weak times will produce a man strong enough to break the cycle and take control of the Ring for himself.

... You faggots still aren't going to watch this opera, are you? 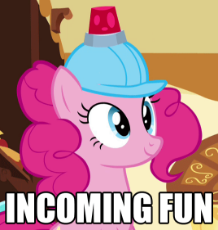 >>345793
>Not posting a Wagner' sample
Unforgivable.
Friendly reminder that only Europeans could master such musical masterpieces. 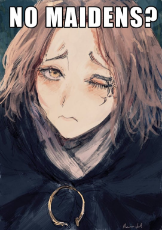