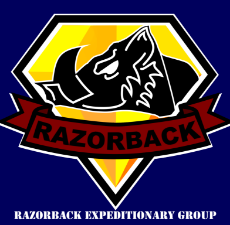 >OiE: REG is an offshoot game of Operators in Equestria.

>Currently recruiting is closed, as the story is ongoing, but you can apply for the main game here:
https://mlpol.net/mlpol/res/207806

>If you're going to lurk, read over the main pastebin to get familiar with the story and characters:
https://pastebin.com/u/Cacitus

>And look over the main game, as well:
https://pastebin.com/u/PonyStrangler

>>328277 →
>>328930 →
>Both of you take the cue to exit the lower market and head back down to the train depot.
>You were already close to the steps, so navigating through the market lanes and back to the staircase took a long minute and begin your decent down to the depot from above you both look out to the train in the distance.
>The engine's stack was already starting to let out puffs of smoke for warm-up, and whatever cars that needed to be added were attached: the main engine, coal car, two passenger cars going by the amount of windows, a cargo car, an open bed car with the Dagor and Husky tied down and secured, and six more solid-body cargo cars trailing them.
>Ponies and several minotaurs alike were scurrying around back and forth to the train, you figure last-minute cargo getting loaded.
>You both finally make it to the bottom of the steppes and back into the train depot, the train giving off another steam-powered whistle blow. Cutting through the frantic crowds, which were somehow chaotically orderly left you enough of a berth to get to the boarding area without much trouble.
>Approaching the passenger cars, you spot Jeff leaning on the side of second-back one and waves you over to him.
"Over here guys. We're leaving in a bit, c'mon hop in! I can see the others not too far behind."
>As you get within talking distance of Jeff, you notice Yuri in the first-front passenger car enjoying a steaming mug with his own thoughts. The dining car, perhaps!
"Nice wrap Noah. That one of those that cools your head off? How're your boys, Citrine? Feeling better?"

>>328435 →
>Having been unnerved by the sudden cut-off from lunch, Jan takes the lead between you three and sets a prompt pace back to the market's main entrance.
>Palus hangs back with you, the pair of you at the taller woman's back. The burro beams up at you as she processes the interesting info of your unique weapon.
"So... tri-bladed, hyper-sonic reciprocation. Yes, that would facilitate very grievous wounds! AND an ice enchantment to mitigate overheating! A smart addition!"
>Palus mulls over her own works as the three of you pass through the main gate.
>As you walk through, Jan looks to both of her sides and gives the guardmares small waves. The same pair from earlier, the cheerier one putting in more of an effort.
"Aww! You're leaving already? Well come again soooon!"
>The goodbyes are shortlived, as the staircase down to the station is more-or-less a straight shot down to the train depot.
>During the descent Palus begins to continue the conversation over your knife, as you pass by the lower market.
"Jim, if I may, such a weapon would require quite the power supply. You humans have such diverse energy sources! Some I honestly still cannot comprehend..."

>>329015 →
>>Kitari nods proudly to herself as you praise her work, and begins snickering to herself.
"Hohoho! A male that can appreciate a well-built head and shaft! Whichever you'd like, you may purchase!"
>The female taur smacks her knee at her own dirty joke, her bovine ears flicking excitedly as you produce bits.
"And just enough for five! One of each? Payment in full, excellent!"
>Kitari turns her head toward the direction of the train depot down below, and notices your sudden sense of urgency and takes no time for her to realize you are needed elsewhere.
>The Hedgemony fletcher offers a large hand to the arrows for you to take, while she collects her fee and nods in understanding.
"I will not keep you, Lucius. Onto your next adventure!"
>Despite not buying anything, Kenny approaches and gives a curt bow to Kitari who nods back.
"Thank you for your merchandise. We are most grateful!"
"As am I! May your blades cut deep and you arrows hit their marks!"

>Concluding your purchase, you and Kenny direct your attention back to the main gate from whence you started from.
>He takes a short lead ahead of you, setting a steady pace out of the open-air market.
"Fine arrows there Lucius. Hope they are useful for the job ahead."
>Catching the glass-like gates in view, you and your samurai companion spot Jim with who you assume to be Jan and the burro previously mentioned already finishing passing through the entrance.
"It appears the rest of our party are on the move back to the train."

>>345558
>The ranger briefly surveys his purchases with an obviously self-satisfied grin
"Well, Kenshiro, I must admit, I think that stacking odds in our favor is the best path to success."
>He moves ahead toward the gates out of this district, once again wincing reflexively as the bright desert sun rebounds across the reflective surface of this gaudy edifice, directly into his retinas
>Recovering quickly he jaunts ahead of Kenshiro, turning on a heel of his boot and beginning to jog backwards through the crowds, looking at his erstwhile companion with another wolfish grin
"C'mon, Kenshiro! I'll race you!"
>And without waiting for him to reply, Luscious spins again on another boot-heel and takes off at a full sprint towards the train

>The Crystal Pony almost didn't here Jeff while he was walking past the busy Minotaurs and Saddle Arabians, the loud atmosphere nearly drowning out the scary humans' voice. Almost.
"My family crystals have been assaulted! They are traumatized and will require the best the dining car has to offer."
>Citirine stated with slight urgency as he carefully hoofed up into the train proper, avoiding any sudden movements.
"But yes I'm feeling slightly better."
Anonymous
Fri, 03 Jun 2022 15:13:57 GMT
7ea92d7
?
No.345584
>>345562
I might consider joining then.
Offworlder Jim
!!u.9oxo0yxU
Sat, 25 Jun 2022 02:45:41 GMT
ee8eb92
?
No.346686
>>345558
>Jim snorted, raising an eyebrow.
"Ye, I'd reckon so. An', well, I'd discuss it but I figure it'd be best fer both o' us if I keep mum abouts it. But, well, let's jus' say it took a few hundred years 'ow ta figure out ta get it this small."
>And with that, he spun it in a small flourish, sheathing the blade with a grin.
"Were mainly fer the fact that they were adamant it looked like a relic from the old world...and they got it -kinda- right. The grip of it is at least similar."
>He tapped the thing in question, denoting the series of rings with grooves in it on the pommel, as the group approached the train.
>An energetic wave was offered to the crew and fellow operators, a wide grin springing to life on Jim's face.
"Boss mate, lads an' lasses! Good t'see ye again. There any grub aboards? We meant ta stop fer it on the way but...well."
>He patted the radio, shrugging.
"Ye ken what stopped us."
[Last 50 Posts] [Last 100 Posts] [Last 200 Posts]
8 replies |  3 files |  7 UUIDs |  Page 4
[Go to top] [Return] [Catalog] [Reload] [Archive] [Update] ( Auto)