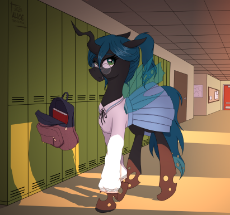 Covid FDA doc Group Project?
Anonymous
Thu, 02 Dec 2021 16:27:04 GMT
66b09b1
?
No.327496
327510
[Last 50 Posts] [Last 100 Posts] [Last 200 Posts]
Normally threads I make rarely recieve any attention and I don't doubt that this will only be a small prick in the normalfags armor of ignorance, but I just got a message via chinpotegami about the FDA document they tried to get sealed for 55 years. Of course the faggots still got to redact some stuff, namely, the number of doses shipped and administered. I was wondering if any of our number autists/twifags could possibly figure out what the real number is from secondary sources.
if not this can probably be folded into corona news but I wanted to post it here in the hopes that maybe someone enjoys doing this kind of thing. I have the IQ of a potato so I can't really help. 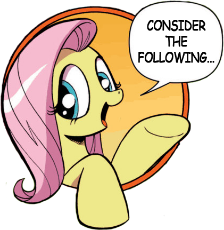 Is it really that surprising that the one tranny shitstain, the lowest of degeneration, that can't articulate his anger in a constructive manner, and resorts to gaslighting and emotionally abusing people that at least show an attempt at making their community better -- well, on that note, in this particular case you've got a couple people hanging on everyone's coattails, let's do our due diligence, and I think they very well know who they are -- can't come up with a good idea to save his life? I think not. All he's ever done is self destruct, it's almost as if he gets off on it. And if you have the balls to tell him no? Well, there's a reason people have an appreciation for trannies even less than they do for hysterical women... Any redeeming qualities of the latter category are, without question, null and void in the former. They have long since abandoned the idea that they should adhere to any inkling of decent behavior, as if the medication of the Jew had turned them into an ape, releasing them from all inhibition, closer to that of a lowdown, buckbroken nigger than to turning themselves into the apple of their own eye. They don't understand what that is, inhibition; is that really so surprising? All the transsexual is good for is the subversion of communities that would otherwise function well enough on their own, and for that purpose they are magnificent in the execution of the will of the pharma Jew, simply because they create infighting where there wasn't any to begin with. They are a net loss, a festering cancer to whatever community will accept them; to allow an unrepentant troon into one's ranks is the willful acceptance of an offensive maneuver on behalf of the Jew.
Anonymous
Fri, 24 Dec 2021 20:42:59 GMT
44326e3
?
No.329303
329304
>>329295
What?
Anonymous
Fri, 24 Dec 2021 20:52:54 GMT
2f47bec
?
No.329304
329307
File (hide): 9DEFD5BEC76AE9BFA3C989A638DB8DF5-193922.png (189.4 KB, 894x1024, 1574587567647.png)
[Bing] [wait] [Tineye] [Yandex] 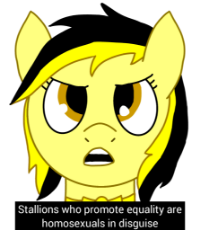 >>329295
Pretty good roast but I don't really see what it has to do with anything I brought up and most of the behavior in it isn't really reflective of what I'm interested in doing or even how I behave. But I don't doubt you'll just deny it. The more important rebuke is your concept of society in the first place. We live in a society where, if the numbers are to be believed, over half the population of """well adjusted""" non freaks have willingly handed over their children to moloch and the devil. Of the people who didn't, the vast majority are older generational boomers who would happily peddle civ nat. While many many people are waking up, now is not the time to be concerned with ranks, but with blood. Your movement will never be impervious to the jew, and that is why they are so focused on dismantling the family structure in the first place, and your own attitude assists them in that, by asserting the needs of the state and "security" and authoritarian overreach instead of family. Dynasty. Legacy. Whatever label you attach is irrelevant. The only thing that matters is commitment and loyalty to the cause of ones blood.