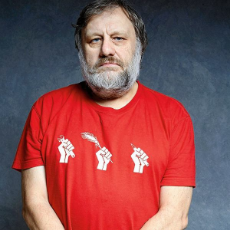 Zizek: Cultural Marxism personified
Anonymous
Tue, 30 Nov 2021 10:22:10 GMT
34fce43
?
No.327266
327271 327273 327279
[Last 50 Posts] [Last 100 Posts] [Last 200 Posts]
I haven't seen much discussion of this anywhere, perhaps partly because he's seen as opposing the SJWs present in university departments (he certainly pretends to as much), but Slavoj Zizek is probably the most authentically Frankfurt School philosopher today, and alarmingly he's becoming somewhat popular, for example the BBC has done a lot of programs featuring him, and /leftypol/ worships him. but it's not like with other Socialists who have strong and radical disagreements with the Frankfurt School, he seems to draw directly from it.
Like Horkheimer and Adorno, he often combines Neo-Marxist theory with the psychoanalysis of Freud, in order to lump Capitalism and Fascism together as two sides of the same coin, where Capitalism creates the psychological conditions that necessarily result in Fascism. He also is alarmingly close to Horkheimer's latest beliefs, where toward the end of his life he retreated back toward Left-Hegelianism. despite having stated during his debate with Peterson his intention to "return Marx to Hegel", the direct parallels this creates between him and Horkheimer have gone completely ignored, so far as I can tell. So too this means that he is disseminating more dangerous ideas to University and College youth than mere Leninism, which doesn't have much of an interest in social matters - a core idea of the Frankfurt School is that the family unit as it exists under capitalism is the primary psychological breeding ground of fascism, and as such deconstruct and seek to end the family as it exists - Zizek takes this and runs with it, perverting the way so many youth view their family relations by separating out the people that are their parents from their parental roles, defining fatherhood and motherhood as mere concepts that inhabit their parents as people, and thus to think of them as parents, to Zizek, renders impossible a healthy and real relationship with them. imagine the kind of harm this does to real child-parent relationships of Zizek followers!!
And of course the biggest disagreement between the Frankfurt School and other Socialists is their view of revolution, where to other Socialists all revolution is good, whereas to the Frankfurt School, an unprepared revolution merely results in Fascism (which is how they examine the USSR), which they specifically target as being antisemitic, stating that an unformed critique of capitalism results in blaming Jews instead of Capitalist market forces, thus resulting in the Nazi holocaust and the Soviet doctor's plot - and what do you know, Zizek copies this exact line too in his analysis of the London riots.
so cultural marxism is back in orthodox form, and it's successfully managed to portray itself as opposed to the SJW movement that it helped create. is Zizek the next face of a newer, stronger SJW movement? is he dangerous, and could he be a cryptojew? 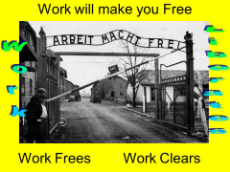 >>327266
>he often combines Neo-Marxist theory with the psychoanalysis of Freud
This is top intellectualoid waste. That faggot should get a real job in a factory, then all those deliriant ideas will go out of the window.
Nothing cures more the intellectual marxist sickness and the demons of a idle mind than a season doing manual labor.
Anonymous
Tue, 30 Nov 2021 11:14:58 GMT
543ad62
?
No.327273
327298
>>327266
>antisemitism
>nazi holocaust
>cryptojew
Well, the terminology and narrative you use belong to a synagogue.
The faggot you introduce with a picture, nobody cares except /leftypol/; his ideas are discarded and the historic framework you describe is meaningless to the interests of this board.
Would you like to learn about race purity instead?
Anonymous
Tue, 30 Nov 2021 12:22:40 GMT
475f11e
?
No.327279
327300
>>327266
I went to law school with a guy who took a class with Zizek at his undergraduate school. He says that Zizek was the smelliest human being he had ever been around.
Anonymous
Tue, 30 Nov 2021 16:43:43 GMT
34fce43
?
No.327298
>>327273
>Would you like to learn about race purity instead?
sure, I love learning
Anonymous
Tue, 30 Nov 2021 16:54:40 GMT
76dfbc0
?
No.327299
>>327271
while idle labor isn't enough to make me lose my mind and turn me into a commie, as someone who's had to do it for the last 2 years I don't really see what it would add. In fact the harder people work the more liberal/marxist they seem to be, swallowing up anything MSM shoves down their throat as long as it has the appropriate elephant or donkey sticker stamped on it.
Anonymous
Tue, 30 Nov 2021 17:10:30 GMT
fde4032
?
No.327300
I have not looked into Zizek's ideas even though he is quite aggressively pushed by Youtube. Thank you though, for providing an overview. It's quite similar to Umberto Eco's psychologizing of "the fascist mindset," with the effect of dismissing merits of fascism or the fact it came about as a rejection of Marxist upheaval. The liberal/Marxist need to psychologize is their antidote to objective analysis of ideology and the inherent failure of liberalism/Marxism. If you're "hateful/authoritarian," you're their version of the NPC meme and they'll hate you.
That said, I don't think Zizek is any real threat. He, like "breadtube" which has seen something of a collapse despite promotion by the media, can only at most act as controlled opposition to mislead and fool the youth.