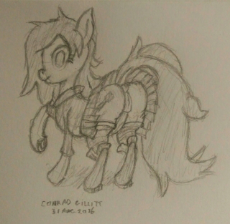 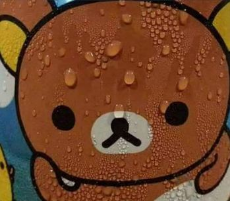 >>325022
>I'm making progress after taking to his advice and will soon be confident in posting gratuitous upskirt pics of mares.
My Achilles heal Fellow man of good taste 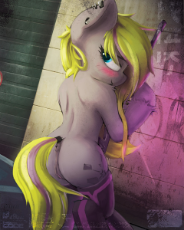 >>325027
Thanks, Britanon. Anatomically-correct upskirts with small crotchtits are my main favorites. I don't care if get called a nigger for it, but I'm an ass man through and through. Crotchtits on mares are unironically the best of both worlds to me.
>Wish you all the luck, mad man!
Thanks! Even if my art doesn't get to a level I'd like soon enough, I'm still tempted to just print out good shit from other artists and post it IRL. I'm not really worried that much about getting caught since I accidentally sent my boss glorious horse pussy while shitfaced (too long of a story to mention in this thread) and have since been blackballed in my region because of it. I'm already "that guy" and my politics and love of cartoon pony pussy have already been revealed. I could elaborate further, but I've long since deleted the forbidden texts. I'm happy to answer question, though. Point is that I'm ruthless and have little to lose and I'm prepared to fight and die for cartoon horse pussy. I will post it IRL on the beaches, I will post it on the streets, I will post it anywhere that I must. I just don't want little kids to see it. Otherwise, I will die defiantly spamming cartoon horse pussy IRL. Will post pics if I can.
Anonymous
Mon, 15 Nov 2021 00:50:28 GMT
144d730
?
No.325051
325344 325356
File (hide): FB90DE6F0E8A12382B5969BBDF9942EA-861496.png (841.3 KB, 1480x1600, poneh.png)
[Bing] [wait] [Tineye] [Yandex] 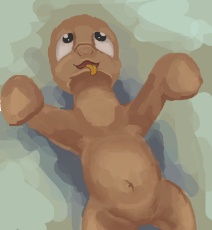 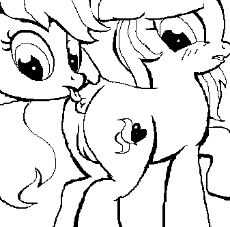 You can really see my lack of skill when it comes to 3d shading and lighting. Good art is built on heavy contrast. I'm trying hard to reflect that in art but so far shading looks dull and it ruins the sketch. I will definitely try to copy styles from professional artists soon. I'm switching from paint to photoshop. 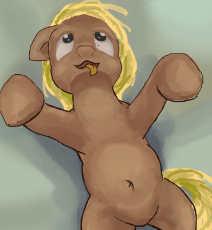 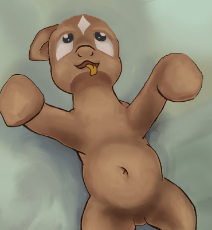 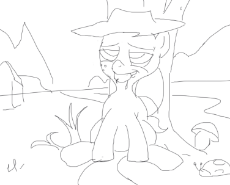 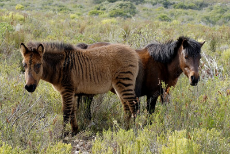 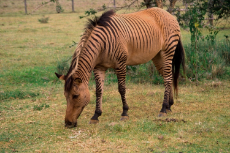 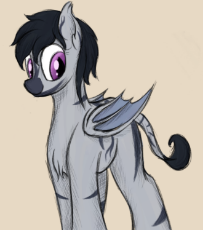 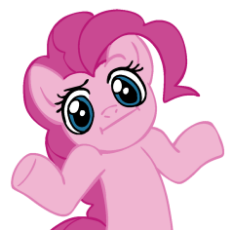 >>326696
I see a cute poner, I repost a cute poner when it's relevant.
I got this work from the artist who drew it. I didn't bother bringing up the name of the character because I was only using it as an art example of a zebra hybrid OC that didn't look awful.
Anonymous
Fri, 26 Nov 2021 02:34:03 GMT
e81bd60
?
No.326722
326791
>>326681
I'd suggest drawing a pony and then add black stripes. Or white stripes. But with a cool tribal-tattoo sort of look. Like the old Game Boy Advance SP. Not just adding classic prisoner meme stripes.
Although it's fucking hilarious that the nigger species gets as naturally striped as cartoon prisoner outfits.

I think to draw a hybrid right you have to figure out what the character is supposed to be and then decide how any clashing features of the species manifest to suit that character concept.
Characters meant to be losers or cutely clumsy or underdogs might get worse rolls in the genetic lottery than characters meant to be "one species but with bonus powers from another".
A lot of furries just make their OCs hybrids because they can't decide between generic fox or generic wolf or want to stand out from generic wolves/foxes by adding in DNA from another generic species. Or just want to give their animal wings for no reason.
It's easy to get so caught up in how the character looks, you forget why he or she looks that way: the characterization itself.
Anonymous
Fri, 26 Nov 2021 02:43:39 GMT
b32efcc
?
No.326724
>>326700
>I see a cute poner, I repost a cute poner
This and Checked.
Anonymous
Fri, 26 Nov 2021 18:11:22 GMT
2737370
?
No.326789
326790 326791
>>326684
Mutts are an abomination. HYBRIDS, however, combine the best or most positive aspects of both parents. Learn2biology, dumbass.

>>326696
Cry harder.
Anonymous
Fri, 26 Nov 2021 18:15:28 GMT
bb4db2e
?
No.326790
326791 326793
>>326789
Please take your meds before posting on /mlpol/
Anonymous
Fri, 26 Nov 2021 18:58:44 GMT
b2ffdd4
?
No.326791
326792 326793 326842
>>326722
>I think to draw a hybrid right you have to figure out what the character is supposed to be and then decide how any clashing features of the species manifest to suit that character concept.
This.
Hybrid chaacters need to be done thoughtfully and sparingly, or else they'll end up as cringe deviantart/furaffinity OCs. They also need to have a good concept behind them oter than just being a speshul snowflak, and their designs need to be thouht-out, or they'll look ugly/generic. And most importantly, the character needs to have its own personality and habits aside from its race alone: species is no substitute for original character development.
>>326789
Hybrids and mutts aren't the same, correct. Hybrids aren't really very much of a thing in nature though, except for selective crop/livestock breeding thoug, and even hen it's not the most common thing because most organisms simply aren't meant to be bred together.
Mules are a good example because they tnd to inherit the better traits of both ther parents which makes them goo pack animals, although sadly they themselves are sterile due to chromosomes not lining up.
>>326790
>projecting
Sounds like it is you who needs a prescription. Chill out.
Anonymous
Fri, 26 Nov 2021 19:10:58 GMT
bb4db2e
?
No.326792
326793 326796
>>326791
You’ve seen that poster on this website before. You know what I’m talking about. He posts attacks on everyone in a thread in what seem like psychotic episodes.
Anonymous
Fri, 26 Nov 2021 19:47:19 GMT
2737370
?
No.326793
326795 326799
>>326790
>>326792
Oh! It's (((You))) again, the gaslighting pseudo-moralistic charm schooler! It's funny when I attack someone for being a dumb fuck goy, that makes ME the bad guy! OR, when I dump a list of books disproving someone's baseless assertions/attack someone's shitty points, I'm (((schizo))) for pointing out flaws and assumptions? You are a contrarian ass hat, bar none. This time, don't drop the soap.

>>326791
Correct on all accounts, though more correctly hybridization is human designed artificial selection. I don't agree with some attempts since doing so often leads to negative selections such as the Chihuahua, pugs, boxers, quarter horses, and flat faced felines. Unlike the previous, mules have several distinct advantages: better endurance, greater weight carrying to body ratio, tougher ligaments, and milder dispositions. It is a shame they're sterile though.

You already know all of this, though.
Anonymous
Fri, 26 Nov 2021 20:53:07 GMT
3c4e287
?
No.326799
326814
>>326793
>Chihuahua
Chhuahuas are a very old breed, originally bred by the Aztecs for food and hunting. The few health problems they face in the moern day are mostly due to inbreeding for taits considered fashinable by consoomers. Overall, they are still healthy dogs, and there isn't really anything wrong with their existence.
>pugs, boxers, quarter horses, and flat faced felines
These are not the result of hybidization either, but rather just selective breeding wrought from single stocks and bred for specific traits. None of the breeds you mention are the result of mixing breeds, let alone species. It's worth noting that al breeds of domestic dogs, cats and horses are actually the exact same species.
An example of a selectively-bred hybrid would be the Carolina Reaper: The spiciest peper on earth. The reaper is result of cross-pollination between ghost peppers and red habbenaros: two different pants with similar traits bred together to express even greater qualities of those traits.
Mules are something pretty different though because horses and donkies aren't really that close, although they are both equines.

That's not really relevant to art though. Thing about pony OCs is that most ponies have very similar basic design vectors, and I find that deviating from that baic template can be cause for cringe. That being said, a good charater can be identified by it's silouete, so it's important to make a character unique in some regard.
>>326681
I actually think the first pic on there is the most interesting, what with the abrupt cutt-off from stripy, to white, to stripy again. It's quite esthetic and unique, and gives the option of a hybrid character without changing the basic design too much.
Now, the next question comes with color. Most ponies are pastel, technicolor creatures, but zebras are blacl and white. How would you color/stripe a zebra-hybrid character?
>>326797
>You already know all of this, though.
I do not find it necessary memorize the shitposing behaviors from every anonymous IP on this board enough to distingush posters at a glance. That is not my job, nor do I find it appropriate to invest effort into on a board that ideally should be annymous, even if that's difficult due to our small user pool.
Literally just ignore him and stop replying. Schizoposting is just a fact of life on both /mlp/ and /pol/, and therefore it naturally comes doubly for a hybrid board like ours. If you engage every one of them you're going to have a bad time.
Anonymous
Sat, 27 Nov 2021 00:00:55 GMT
2737370
?
No.326814
326819 326821
>>326797
OH, now I remember: you are Niggel's ameriniggermutted cousin! How's that working out for ya? I don't know nor care who the cuck (((You))) are. Go back to whichever limp dicked echo chambers filled with hugboxes (((You))) crawled out of, cretin.

>>326799
Way older. Genetic studies based on both the 'modern' US Chihuahua and the original species in Mehico, now Mexico, shows their archaic speciations have <8% archaic DNA that isn't found in common ancestries. What we do know is that multiple now extinct small fox-likes, similar to canis asiatus minoris familiaris, were found throughout Siberia after the last Ice Age in fully domesticated states. Before the Mongolian Horde era, small canines, including the Chihuahua's ancestors, were used as watchdogs and pest eliminators, particularly mice and rats. Fast forward to the Post-Land Bridge Spread, then another 2,000~ years later when those displaced Asiatics constructed the early South American empires, which would later become the Olmecs, Aztecs, and dozens more. That 3,000 or more years of history is indicative of careful selection processes for specific necessities in a breed, not brute forcing a species into existence through inbreeding as eurogoyim did. Likewise, the archaic DNA of pre-eurogoy Chihuahua mixes in the 1500ACE's shows they did not have multiple inbred generations to produce a 'desired result'. The 'modern' Chihuahua is yet another victim of (((boutique appearance))) inbreeding, as were pugs, boxers, quarter horses, and flat faced felines. Artificial selection inbreeding is not the same as hybridizing. Again, my entire previous point was this: artificial human selection = often creates inherent genetic disorders.

Mules are a peculiar example of latent DNA drift, especially with how few mule mares are even able to conceive. Though, most progeny don't survive longer than a week. Even worse are zebras that breed with horses: their progeny are neurotic, adrenaline junkie nutcases, which is why most of them are unfortunately put to sleep. 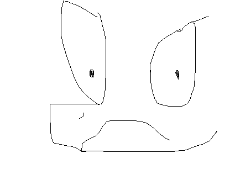 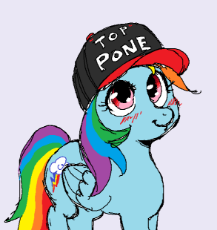 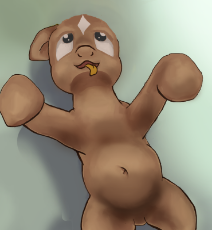 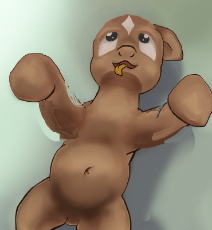 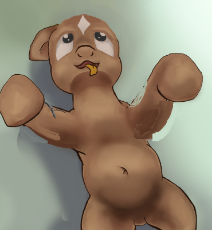