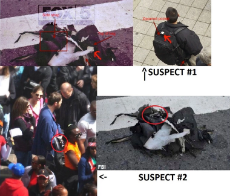 Missing Evidence of Prior FBI Relationship with Boston Bomber
https://archive.is/Yb00a

'They were set up, FBI followed them for years' - Tsarnaevs' mother to RT
https://archive.is/JsvUj

How the Newtown massacre became a Mind-Control television event
https://archive.is/tYimR

Fact: Helicopters were airborne behind the Mandalay Bay during the Las Vegas Shooting
https://archive.is/35rmn

Las Vegas killer's 'room service receipt' leads to fears SECOND person was with him in days before mass shooting
https://archive.is/AWjHT 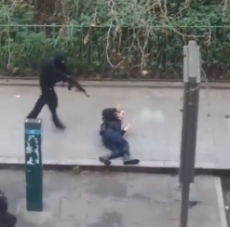 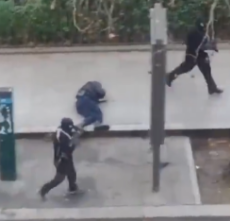 This video is supposed to capture the Charile Hebdo shooters executing a police officer via headshot, however there's one major problem - the bullet doesn't actually hit him; it hits the sidewalk! If there's any doubt then just note that the gun used in the video here is a Zastava M70 AB2 rifle, this rifle uses 7.62x39mm rounds, so if the bullet really did hit him in the head at that close of a range, there would be blood all over that sidewalk, but there is no blood. None.
[Last 50 Posts] [Last 100 Posts] [Last 200 Posts]
4 replies |  5 files |  1 UUIDs |  Page 4
[Go to top] [Return] [Catalog] [Reload] [Archive] [Update] ( Auto)