Why is twimod such a massive fucking faggot? 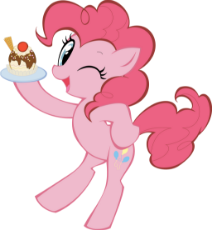 Made a thread about this a while (maybe a month or two) ago, was willing to do something about that but I'm really paranoid about security and nothing seemed to fit my (admittedly high [well, decently, anyway]) standards. But it would be good to get more poners over here, I agree. The thing this place has that /mlp/ doesn't when it comes to hoers is horsepron, so. Might want to play that part up a bit. Also we have different colors for greens and a higher character count per post I believe, and as of yesterday emojis.
Anonymous
Thu, 06 May 2021 19:47:16 GMT
9e4c388
?
No.307897
Our mods aren't total faggots like the 4chan mods, and this place flies almost entirely under lemming radar.
Anonymous
Thu, 06 May 2021 22:30:21 GMT
8d8e877
?
No.307902
/mlp/ is shit because the mods are shit. Same reason most of 4cuck is shit.
Anonymous
Fri, 07 May 2021 03:58:18 GMT
19c6bd0
?
No.307927
307960
>>307882
>Why is /mlp/ so shit?
The content it was based on turned to shit, good people left, shiteaters stayed. Mods and jannies never liked the board to begin with and thought moot was gonna pull a /fur/ with it, they've been stewing in resentment ever since. Why? Mods and jannies are assigned boards to patrol, you don't get to pick. Imagine you were assigned to /lgbt/, would you care about board quality? Fuck no.

Fishing /mlp/ at this point isn't a good idea, most of the anons left are flagrant shitposters, and not the fun kind. You might attract one or two decent anons for every hundred literal faggots, whether they stay long term is another question, since /mlpol/ is slow as molasses and most anons like fast boards.
Anonymous
Fri, 07 May 2021 16:54:51 GMT
c1f4617
?
No.307960
307996 307997
>>307927
I must disagree with this assessment. There's certainly a lot of shitposting on /mlp/ but none moreso than on /pol/.

>You might attract one or two decent anons for every hundred literal faggots
There's an Aryanne thread going on every time I've been over there lately. Once one hit the bump limit another was created.

>whether they stay long term is another question, since /mlpol/ is slow as molasses and most anons like fast boards
And? It's not like /mlpol/ is getting any faster on its own. We still could use anons for plenty of other boards, some of which are lucky to get a bump a week.

It would've been a better time to do it a month or three ago but /xsg/ is getting wrecked hard by /biz/ mods, and /cyb/ is very slow as it is... just an idea. Lots of them are getting banned for schizoposting in the XRP schizo general, because it's declared to be off-topic.
Anonymous
Sat, 08 May 2021 00:15:06 GMT
19c6bd0
?
No.307996
308001
>>307960
>There's an Aryanne thread going on every time I've been over there lately. Once one hit the bump limit another was created.
This implies they'd become active posters here if they knew we existed, the problem is that they do and remain on /mlp/ regardless. This is what I meant when I said you "might" attract one or two decent anons, the fact is they'd rather stay where they are. That the threads reach bump limit and are recreated quickly isn't anything special, most of the posts on /mlp/ are bumps intended to keep generals away from page ten, causing the board to cycle endlessly with relatively little new content created. We don't have that here.