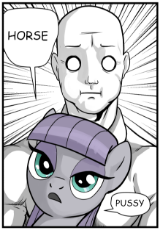 Horsepussy Discussion Thread
Anonymous
Sun, 15 Nov 2020 15:54:37 GMT
911e309
?
No.290296
290300
[Last 50 Posts] [Last 100 Posts] [Last 200 Posts]
As has arisen in interactions with newfags, there is a question of "why horsepussy", as a foundational element of the site and the principle way to discourage and eliminate detractors.
In reverse order
>It seems absurd
Regardless of appearances, it works. Something about giving shills the opportunity to feel disgust at the amount of detail and effort goes into making top-rate horsepron is exceedingly repulsive to them and normalfags alike. It was never intended at the inception on 4chan, and originally it was a way for /mlp/ to repulse /pol/, but it had the opposite effect. Nazis who had previously felt a similar disgust at the sight of horsepussy observed two things. First, one cant deny the autism on display, unabashed and unrestricted. For two, it gets rid of shills and reddit damn quick. So, absurd or not, if it ain't broke, why fix it? And in the intervening years, horsepussy has become something of a covenant amongst those for whom this is home.
>spamming horsepussy is spam
An understandable position, but one you'll find little support for. Where do you think you are? This board came to be not because threads and topics were banned on 4chan, but the entire board culture which was never asked for (indeed, it was originally a prank on /mlp/ and /pol/) but through the magic of friendship grew into something so beautiful that anons REFUSED to let go of, or give up on. And this is the same board that is giving the space to do whatever it is THIS TIME that 4chan is cracking down on.
A brief perusal of the rules listed in the policy page will indicate that ponies are allowed, no exceptions. This especially includes horsepron. One will note that there is no rule expressly permitting politics, though that's baked into the cake as well.

Tl;dr Horsepussy is here to stay, and objecting to it will only invite more; best to just get over it

Any further questions can be levelled ITT, to avoid any further derailment of other threads, in spite of this topic being at the core of the site, as has been expressly indicated by mods and admins. 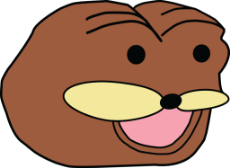 >>290296
Is anyone even upset about the horse porn? I haven't even seen any of those holier than thou types. It seems to be an effective deterrent.
Anonymous
Sun, 15 Nov 2020 16:24:58 GMT
911e309
?
No.290301
>>290300
Nice eggs. There have been a few posters/comments, yes. Nothing too onerous, but definitely necessitating clarification
Anonymous
Sun, 15 Nov 2020 16:40:31 GMT
e2db401
?
No.290303
290309 290343 290377 290379
>>290300
Not horsepussy specifically but I personally would like to cut porn in general out of my life as much as possible, and I kind of wish the admins hadn't taken away the ability for users to effectively hide threads/posts/images. I do of course realize the utility of horsepussy for keeping out unwanted outsiders however, so I don't say anything about it when it shows up.
Anonymous
Sun, 15 Nov 2020 16:40:51 GMT
911e309
?
No.290304
And to further clarify:
In the early days, from 4/mlpol/ to mlpol.net, there was a common practice. As soon as a thread was identified as going against the general theme of the board, whether it was shills arguing about the holohoax or fags who refused to accept the superiority of horsepussy and waifus, the clarion call would be posted "this is now a horsepussy thread", followed immediately by dozens of posts of horsepron. /pol/ users will recognize this as comparable to the practice of gore posting, with different subject matter.
What became quickly apparent was that only people who legitimately wanted to discuss the topic/question would wade through often pages of some of the most curiously detailed and absurdly fine depiction of smol hoers in hardcore poses and situations. /mlp/ posters revealed in the revulsion this produced in obvious detractors, and /pol/ users came to recognize and appreciate the degree to which pastel porn kept their discussion area virtually unbothered by outsiders.
At the time of 4/mlpol/ this was originally designated as rule 10, and some of the older rule list images still have rule 10 appearing.
After leaving 4chan (or perhaps ju st before, it's been years now) the decision was made to remove rule 10 from the list, as it was something that new users were expected to learn if they had any interest in sticking around. It's been a very long time where any shilling, raiding, or interference has happened such that would require an exercise of rule 10, so it is understandable that this is not widely available to new users (though there are several more or less explicit mentions in the newfag thread).
So to state with emphasis and finality:
Rule 10: In order to protect our waifus and new home against enemies foreign and domestic, provide for the common good, and ensure a future for white ponies, the right to bear pony shall not be infringed
Anonymous
Sun, 15 Nov 2020 16:42:59 GMT
911e309
?
No.290309
290312
>>290303
That function still exists. You can hide individual posts by clicking the hyphen box to the left of the name field, or filter posters hy clicking the arrow
Anonymous
Sun, 15 Nov 2020 16:49:19 GMT
e2db401
?
No.290312
290315
>>290309
I find that that hyphen doesn't persist between page refreshes like it used to, and filters are just totally non-functional. Is that just a problem with my browser? Does it work on your machine?
Anonymous
Sun, 15 Nov 2020 17:16:52 GMT
911e309
?
No.290315
290354
>>290312
Never tried tbh, filtering posts is for snowflakes imo
Anonymous
Sun, 15 Nov 2020 19:48:05 GMT
275bcdc
?
No.290343
290353
>>290303
>even no fappers have trouble seeing horse pussy.
A greater compliment couldn't be given 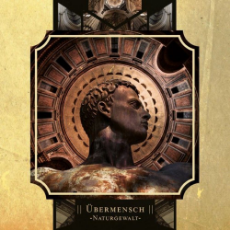 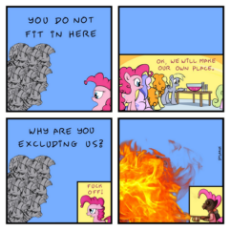 >>290378
^
>>290377
So there's a few reasons why hoerspussy works.
>The 'lefty political fag'
They despise a at least a few things knowingly or not.
Success, Wholesomeness, and things that break their world.
Hoser pussy does all three especially with politics.
It's successful in nearly every metric. Horsepussy in the context is usually wholesome and pure.
The posts are usually about mares in the 'natural order' of things. Even then it says a lot about the posters, that they can't compete with their subpar everything.
>The extreme degenerate
So they have to be kooky, and care just enough about the topic or politics to even post.
>specifically enjoy, pussy, cute/sexy poners, even normal situations or environments
Neuro-typical brains find cute things to be protected, and safe gaurded to ensure safe care taking of young. Sex with that concept is embarrassing and may increase being uncomfortable.
Sexually estranged or warped individuals may find the subcontext displeasurable due to being in strange communities that have fully accepted them. Finding hoerspussy used against them on purpose is deeply unsettling to the unconscious and subconscious.
The message is simple, short, and to the point. By turning a wasteland of barren half ideas into something that thrives such as horespussy makes them confront themselves.

>The politics
The hosrepuss is in defense and attack and reclamation of internet space. It is by many means a memetic psychological warfare.
If someone that is willing to actually discuss their political point of view would have to do two more things. Carefully analyze the post (both their own and the otger person's post) or else there will be horsepussy. Engage in proper discussion of the /mlpol/ kind or everyone will know with the vast amounts of horsepussy that they are a fucking faggot who can't utilize ideas or talk. Not to mention they have a very difficult time connecting and condensing ideas and fully properly explaining them. Besides the general disconnect from reality.
>See lefty 'memes'
<So why does it work with /pol/ so well?
Goals that don't interfere. One wants poners, the other wants political discussion.
Besides the cross posters and the common ground that can be found with both 'sides' and a similar history.
Ect.
Unlike gore posting which has a time and place, ponerpussy is a positive (also semi-sexual) call for action and pics per poster vastly outnumbers dumbassery.
And it can be used as a reward!
And there is even more to it that I haven't even touched on.
As a connoisseur of ideas and variety, horespussy is amazing in its medicinal memery purposes. Like internet duct tape, but better. A cure all for practically every situation.
Anonymous
Sat, 21 Nov 2020 01:47:40 GMT
911e309
?
No.291940
291947
Let's dive a little deeper into the horsepussy pun intended
The implications for rule 34 are obvious, but the application of rule 43 cant be neglected; I would assume /pol/ can appreciate that.
And being that /pol/ has been subject to blacked.com for fucking ever, "white bois cant compete" et al, it seems off for there to be such screeching opposition to horsepussy. I mean, horsepussy is high on the short list of reasons that there IS an /mlpol/ in the first place. Its unintuitive, but that doesnt mitigate its efficacy.
And for those who are on the fence, it's really quite simple.
Would you rather be inundated with troves of (((porn))) and propaganda, or would you rather endure the playfully sexualized hors?
Anonymous
Sat, 21 Nov 2020 02:17:53 GMT
8f8d124
?
No.291947
291955
>>291940
>Would you rather be inundated with troves of (((porn))) and propaganda, or would you rather endure the playfully sexualized hors?
You are forgetting the most obvious reason why /pol/ went to the shitters: the mods working in tandem with the kikes to enforce subversion on the anons.
And giving a second thought to this subject, it has a perfect mirror IRL, subversion enforced on the West by police working in tandem with the golems.
Anonymous
Sat, 21 Nov 2020 03:58:54 GMT
911e309
?
No.291955
>>291947
Oh no, I havent forgotten. While /pol/ hasnt fallen in its entirety (and I'm alluding only to those who still hold the flame), it has been brought low by and for precisely the means you reference. And, your metaphor is well taken. /pol/ did nothing wrong, and was deliberately allowed to be tainted with (((filth))).
Appreciating that to many, horsepussy is another manner of filth, it is likenable to healthy gut bacteria that allows the individual to properly digest what they consume.
[Last 50 Posts] [Last 100 Posts] [Last 200 Posts]
17 replies |  5 files |  9 UUIDs |  Page 1
[Go to top] [Return] [Catalog] [Reload] [Archive] [Update] ( Auto)