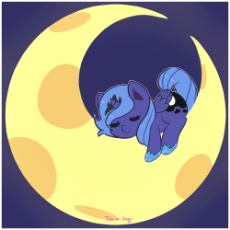 This is Activating my Almonds Pretty Hard
Anonymous
Thu, 05 Oct 2017 23:37:37 GMT
No.708
709 710
[Last 50 Posts] [Last 100 Posts] [Last 200 Posts]
A bit of backstory to begin: earlier today, I got into a conversation about quantum mechanics, more specifically the part of it where the mere act of observing particles can change their properties or behavior. That alone is a confusing concept, but now let me ask you all a question.

Anonymous
Fri, 06 Oct 2017 00:18:47 GMT
No.709
711
>>708
I have no deep knowledge of quantum mechanics. But I can give you an simple example of how observation changes the property.
If you take light you can measure it in two ways:
>Wavelength
>Photon count
When you measure wavelength light is an wave
When you measure photon count light is particles
>probably gross simplification and there is guaranteed a much more precise and complex explanation and description of this
Anonymous
Fri, 06 Oct 2017 02:57:25 GMT
No.710
711
>>708
Okay first off, let us define a term
Quantum Mechanics
>the branch of mechanics that deals with the mathematical description of the motion and interaction of subatomic particles, incorporating the concepts of quantization of energy, wave-particle duality, the uncertainty principle, and the correspondence principle.
So quantum mechanics is the behavior of subatomic particles (protons, neutrons, and electrons) and how they move.
The whole observing them changes their state is a Schrödinger's cat problem. Until we observe the atom, we don't know its state. But once we do observe it, we know for certain its state.
The way I see it?
Quantum mechanics will always happen with or without us.
But I believe the harnessing of it could result in alchemy.
If we discover a way to make an element, e.g. Mercury, give out or release an atom of hydrogen, then that atom becomes gold.
The problem would be the technology required to do this.
Can we influnce it with our minds?
No, we're people, not jedi
INB4 spelling cause I'm mobile posting
Anonymous
Fri, 06 Oct 2017 05:25:18 GMT
No.711
>>709
>>710
OP here, I'm already somewhat familiar with these aspects of it to the degree of an average science enthusiast. However, I was looking for one of the people like Vril who believe in what I was talking about to weigh in, and get their say on the matter given the prompt. Otherwise, quantum mechanics follows no set of rules directly applicable to the macroscopic world except for a few exceptions.
Anonymous
Thu, 12 Oct 2017 18:48:49 GMT
No.728
>believe in meme magic and human min-
Oh, you have been repeatedly deluded by retarded press.

The Copenhagen is inherently incorrect because it takes this property and spreads it to basically everything as if artificially stapling our own view of the universe onto all of physics. It postulates that the world of quantum physics is inherently non-deterministic, and bases most of its knowledgebase on pure statistics. It is good in practice for sole observation, but not for formulation of physical law. The position of every particle in the world is definite and real. That we cannot know said position without changing it doesn't mean that the universe can't, either.
[Last 50 Posts] [Last 100 Posts] [Last 200 Posts]
4 replies |  1 files |  4 UUIDs |  Page 8
[Go to top] [Return] [Catalog] [Reload] [Archive] [Update] ( Auto)