Ghost in the Shell

>Ghost in the Shell (Japanese: 攻殻機動隊 Hepburn: Kōkaku Kidōtai, "Mobile Armored Riot Police") is a Japanese media franchise originally published as a seinen manga series of the same name written and illustrated by Masamune Shirow. The manga, first serialized in 1989 under the subtitle of The Ghost in the Shell, and later published as its own tankōbon volumes by Kodansha, told the story of the fictional counter-cyberterrorist organization Public Security Section 9, led by protagonist Major Motoko Kusanagi, in the mid-21st century of Japan.

>Shirow has stated that he had always wanted the title of his manga to be Ghost in the Shell, even in Japan, but his original publishers preferred Mobile Armored Riot Police. He had chosen "Ghost in the Shell" in homage to Arthur Koestler's The Ghost in the Machine, from which he also drew inspiration.

>Primarily set in the mid-twenty-first century in the fictional Japanese city of Niihama, Niihama Prefecture (新浜県新浜市 Niihama-ken Niihama-shi),[Note 1] otherwise known as New Port City (ニューポートシティ Nyū Pōto Shiti), the manga and the many anime adaptations follow the members of Public Security Section 9, a special-operations task-force made up of former military officers and police detectives. Political intrigue and counter-terrorism operations are standard fare for Section 9, but the various actions of corrupt officials, companies, and cyber-criminals in each scenario are unique and require the diverse skills of Section 9's staff to prevent a series of incidents from escalating.
>In this post-cyberpunk iteration of a possible future, computer technology has advanced to the point that many members of the public possess cyberbrains, technology that allows them to interface their biological brain with various networks. The level of cyberization varies from simple minimal interfaces to almost complete replacement of the brain with cybernetic parts, in cases of severe trauma. This can also be combined with various levels of prostheses, with a fully prosthetic body enabling a person to become a cyborg. The main character of Ghost in the Shell, Major Motoko Kusanagi, is such a cyborg, having had a terrible accident befall her as a child that ultimately required her to use a full-body prosthesis to house her cyberbrain. This high level of cyberization, however, opens the brain up to attacks from highly skilled hackers, with the most dangerous being those who will hack a person to bend to their whims.

What's not to like? May be kind of a shocker to watch at first but, it nicely highlights many possible effects that cybernesitation could have on human societies.
You can watch it here: https://gogoanime.io/search.html?keyword=ghost-in-the-shell

Basically, just watch the series or movies from oldest to newest to not spoil some of the mysteries that intended time ark offers.
Bonus points if you suceed to prove that main character is in fact trans. 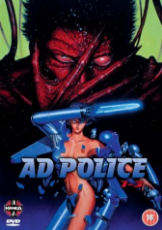 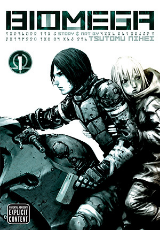 I just found this story line for the plot.

6. Knights of Sidonia – Fight against Gaunas

8. Blame! – Fully developped Megastructure
Anonymous
Fri, 08 Sep 2017 21:06:27 GMT
No.568
569
>>566
Nice parallels. I hadn't read them all yet.
It doesn't entirely line up, but Blame featured parallel universes and time travel.
This bastard just loves to end his stories with a total mindfuck...
Anonymous
Fri, 08 Sep 2017 21:10:14 GMT
No.569
570
>>568
I only watched movie "Blame" and I haven't noticed any parallel universe references or time travel. Story ended with failed attempt to connect to the netsphere, Cibu leading humans to abandoned zone without surveillance, Killy gave his collar to Zuru and left searching for net gene terminal.

Sure am enjoying this Overboard theme. Already got few ideas for threads written down but I want to make it look good so its gonna take bit of a time.
Anonymous
Fri, 08 Sep 2017 21:14:20 GMT
No.570
572
>>569
Read the manga. It's worth it.
You'll get to see some awesome fight scenes, fascinating plotlines, and aesthetic structures. 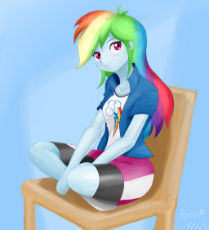 Solrac Otsenre Ceio
>jajajajaja, love, in blame? never, this is not that kind of story, maybe the movie didn't express the feeling of blame in its whole self, but read the manga, you'll see that there is not love in it, creepy things yes there you'll find them and confucion, abstraction, characters die and all and thats not the point, the point is the mistery of that world. 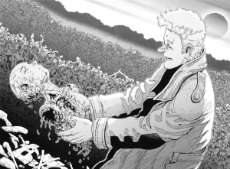