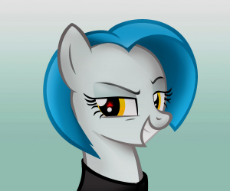 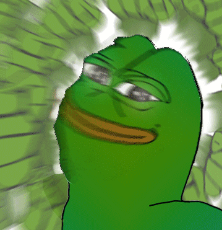 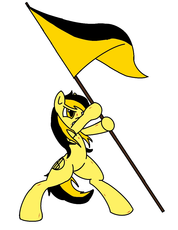 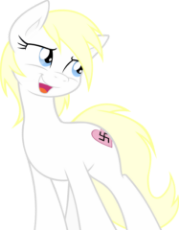 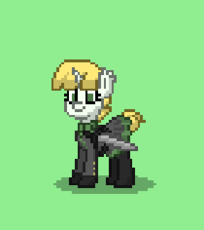 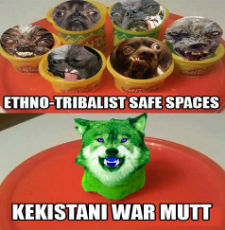 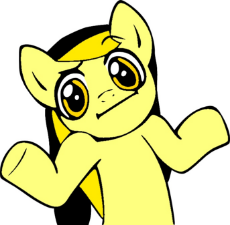 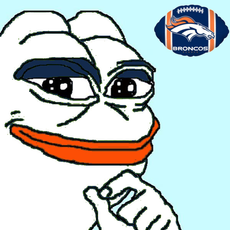 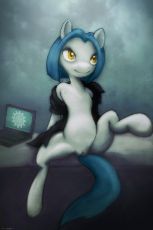 >>266
The only other pic I could find...
Anonymous
Tue, 22 Aug 2017 15:33:15 GMT
No.268
269
>>266
Maybe a hate-fuck
Anonymous
Tue, 22 Aug 2017 17:22:24 GMT
No.269
270 286
>>268
>Ywn be assigned to assassinate President Kernav
>Ywn knock-out her, her guards, and the rest of the citystate with an EMP because their brains are all augmented as fuck
>Ywn kidnap her and disappear, instead of collecting your bounty
>Ywn drag her into your secret cracker lair, hidden deep beneath the city
>Ywn keep her captive for months on end in your cave, sustaining her on a diet consisting purely of Mountain Dew, Hot pockets, and doritoes
>Ywn spend every waking hour with her, toying with every function of her body, until you grow bored and move onto the integrity of her very ego
>Ywn connect her brain to your computers, using groundbreaking technology to crack her brain and read her vile, cyber-communist, xeno-SJW, cryptofeminist mind
>Ywn >rape her repeatedly multiple times day and night, watching her feedback data on your monitors as her psyche, trained to resist the most brutal torture, gradually begins to waver
>Ywn use advanced cracking and sex techniques to gradually chip away at her adamantly-resistant spirit, using the feedback data you collect during coitus to unlock new doors to her rotten, socialist mind and track her responses to various stimuli
>Ywn gain full control of her mind and body, opting instead to continue to slowly but surely brainwash her through sex and direct electrical stimuli through all the goddamn chip in her brain
>Ywn hear her cast countless sharp, furious insults and threats at you through every >session, her resistance only making your penis harder
>Ywn begin to reprogram her bodily functions, so gradually she doesn't even realize you're doing it
>Ywn program subtle but unignorable libido and sensation-based attachment into her, making her secretly desperate for the feeling of your cock and the stench of your unwashed NEET musk
>Ywn laugh in triumph as you listen to her shout the same, repeditive communist slurs at you through every hot and passionate >rape session as she lies through her teeth, the data on the wireless monitors all around you clearly displaying the emptiness of her words
>Ywn listen to her angry cries grow desperate and slurred, laced with passion-filled moans of unwanted extacy, as she howls and stutters, her word having lost their sharp, authoritarian edge
>Ywn cackle like the madman you are in a primitive but sinister frenzy as you feel, hear and see her last desperate moans as she physically, mentally, and digitally submits to
>Ywn remove her bindings and watch as she curls up on the mattress and shakes uncontrollably
>Ywn listen closely to her intelligible, defeated sobs as she panics from her very core, her communist cyber-utopian world shattered by your diamond-hard schlong, as she spazms separated from the dominating grasp of you gentle but brutishly-irresistible hands
>Ywn watch wickedly as you let her flounder on the floor for a few minutes and she rolls over and sobs on the ground, her perfect socialist world in shambles, desperate for something to hold on to in this dark, hellish place you've imprisoned her feeling, the sudden abandonment being simply too much for her shell-shocked, forcefully cracked psyche
>Ywn slowly walk back towards her wimpering form, her movements freezing and her wimpering seizing as your dark, overlooming shadow falls over her, eclipsing the faint light of the monitors
>Ywn make eye contact with her suddenly-calm, uncommunicating face; she, completely still, aside from her desperate, heaving, exhausted gasps
>Ywn move to pic her up, the monitors all around putting on a light show as her as the circus-fire that is her brain panics with fear and desire as she breaks down again, sobbing for your attention
>Ywn wrap her arm around her back and hoist her up by her hips, pressing her weak, fluffy body to your chest as she wimpers in defeat and acceptance
>Ywn run your hand around her form thighs feeling her soft, fluffy, silvery fur lather with foamy sweat
>Ywn feel the pounding gallop of her heartbeat through struggle to stay in synch, as her abused, oversalted, caffine-addicted cardiovascular system deals with her emotional damn breaking, her blood pressure threatening to pop a vessel in her cybernetically-enhanced brain
>Ywn grope her plush but weak thighs, her muscles shivering in, emaciated by months of abuse inaction; you knowing full well that she can no longer stand on her home
>Ywn feel the booming gratification as she cries out and a bright, magical light erupts from her thighs
>Ywn hear her confused, blissful sobs as her body finally accepts the magic, her late-blooming cutie mark, finally manifesting after years of unnatural stifling by artificial-suppression, ideological-fuckery, and pure bitchiness; you, knowing full well that her body is adapting to incarnate a crystalization of your own power
>A fucking V mask
>Ow_the_edge.jpeg
>Ywn relish in the feeling of having created you own, custom, cybernetic pony Waifu
Why live?
Alright, that was pretty long and shitty for a >ywn greentext, but I'm not about to throw it away. I've never done a pony greentext before, but maybe I'll writefag in the future.
Anonymous
Tue, 22 Aug 2017 20:00:20 GMT
No.270
>>269 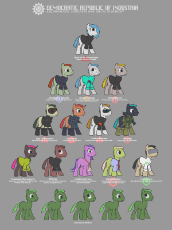 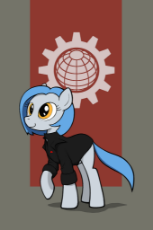 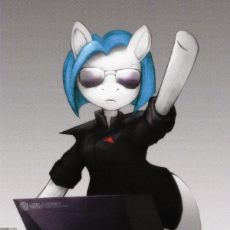 Everypony, the world we live in is on the way to a global order, and it is an evvidence it is more than a necessity, but a destiny.

A bit more than a hundred of years ago; ponies were still depending of the randomness of nature, fearing the elements, diseases, forced to rely on agricultural development. They used to believe in deities, rely on unicorn's magic to defend themselves, those were dark times.

Through centuries of improvement, of development, of conflicts and revolutions, equines have developed and mastered science, technology and socio-economic relationship, as the key of the development of our nations.

We have liberated ponykind from the chaos through order, on all levels, and this has been proved as a success, but this success depends on a global stability and cooperation.

Today, the world resources aren't a nation's property. It's a THEFT to deny a corporation's right to exploit resources for the good of all ponykind.

Abolishing borders worldwide, to a safer union will bring prosperity, and stability, and end long lasting conflicts of interests between ethnicities.

This is our obligation as the most advanced union of nations; and leaders of the free world, to bring democracy, social justice, equality for our civilization, developing information and uniformity.

We will be successful, this is our project. It doesn't matter if it will take years or decades, we will control and influence the younger generation of equines across the world. They will aspire to change, to embrace progress and social democracy, and all will want to join us into build a new world order! 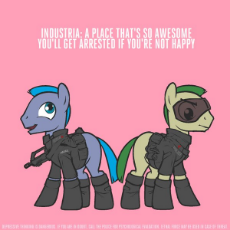 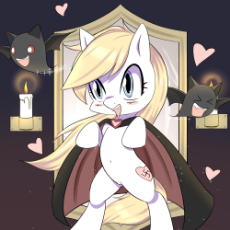 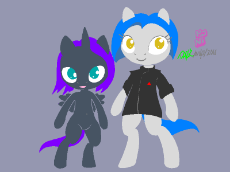 this is a work in progress story I elaborated a while ago, I should finish it.

there's a lot of things to rewrite and develop but well, here's the idea. 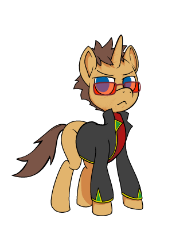