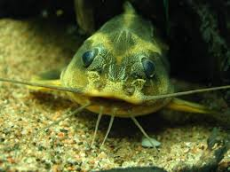 Now it is remembered mainly as the progenitor of "steampunk," which is this extremely silly attempt to marry the film-noir-1970s-punx-wif-mohawks feeling with really implausible Jules-Verne-ish adventure stories involving clockwork robo-golems with big brass gears sticking out of their heads, and everyone wears a corset, including the guys. I suspect the future will find it even sillier than c-punk.
Anonymous
Sat, 19 Jan 2019 06:33:37 GMT
No.837
>>152
Fuck, someone finally said it. Steampunk a shit and cyberpunk a shit. Cypherpunk and deep web are so much more interesting and the only vaguely believable kinds of tech related punk/fiction that I can respect.
[Last 50 Posts] [Last 100 Posts] [Last 200 Posts]
4 replies |  2 files |  5 UUIDs |  Page 6
[Go to top] [Return] [Catalog] [Reload] [Archive] [Update] ( Auto)