Dead Internet Theory: Most of the Internet is Fake
Anonymous
Thu, 21 Oct 2021 19:59:16 GMT
No.1391
[Last 50 Posts] [Last 100 Posts] [Last 200 Posts]
>This was theory was originally written by several anons on /x/ & wizardchan.
>TLDR: Large proportions of the supposedly human-produced content on the internet are actually generated by artificial intelligence networks in conjunction with paid secret media influencers in order to manufacture consumers for an increasing range of newly-normalised cultural products.
>Hello. I would like to talk, or rather tell you about certain suspicions, hunches and experiences I've had and I'm sure some of you as well. Similar themes have been written about across imageboards quite a few times so I know I'm not alone in this.
>My background is that of an oldfag. I've seen it all. I started going on 4chan in 2006, and followed all the natural roads this implies. I'm in my thirties and I remember when 4chan had a /l/ board, when /co/ was a trial board shunned by basically everyone, when #34 porn was an obscure interest with very few good artists and when moot changed the frontpage to that web 2.0 bullshit 4chan has to this very day. I was also among the first right wingers who were such before it was cool, and I've seen /pol/ rise and fall. I was there when it mattered, but rather than saying these things out of masturbatory pleasure I wish to stress that I've acquired a set of observational skills which other genuine oldfags share. I'm aware you have no reason to trust my "credentials" but I hope you'll read this in good faith.
>Much of this falls squarely in the fringe territory with a healthy dosage of /x/ and conspiracy theory up the ass. My goal by posting this seemingly jumbled mess is to... how can I put it? I want you to think, I want you to be aware, to digest all this. Because on a basic level I love you all. I feel like we're all in this together, this dangerous game we did not choose to play and which I think is kicking into high gear. I do not hold many answers and don't have all the pieces of the puzzle, but I AM aware there is a puzzle. Please feel free to go wild with all of this. Post it wherever you want, on whatever site you want or use. I am a nobody like you, and what matters to me is only that this reaches you and as many people as possible. At worst you'll be entertained or kill time.
>I tried to break this mess into points for brevity and because I touch upon many subjects. I imply more than I explain because if >I go too deep this'll turn into an even bigger wall of text.
>The Internet feels empty and devoid of people. It is also devoid of content. Compared to the Internet of say 2007 (and beyond) the Internet of today is entirely sterile. There is nowhere to go and nothing to do, see, read or experience anymore. It all imploded into a handful of normalfag sites and these empty husks we inhabit. Yes, the Internet may seem gigantic, but it's like a hot air balloon with nothing inside. Some of this is absolutely the fault of corporations and government entities. However! That doesn't explain the following:
https://forum.agoraroad.com/index.php?threads/dead-internet-theory-most-of-the-internet-is-fake.3011/
https://www.youtube.com/watch?v=DEn758DVF9I
Mirror: https://www.bitchute.com/video/wqS5o9wYNiI7/
https://www.youtube.com/watch?v=6FtPvDGrpkA
Mirror: https://www.bitchute.com/video/4XukZxTIIQ74/ 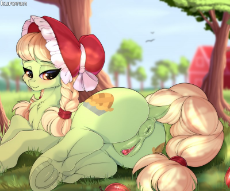 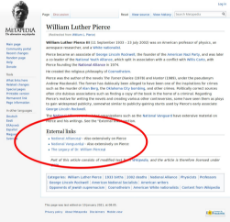 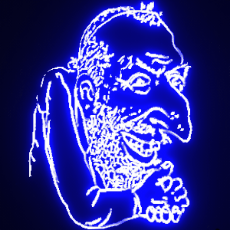