Post here every time you finish an anime/manga
Anonymous
Thu, 23 Jan 2020 18:06:24 GMT
No.1139
1145 1178
[View All] [Last 50 Posts] [Last 100 Posts]
As this board can be rather slow and the standard 'post here when you come' format hasn't helped recently, I figured I'd start a content/recommendation thread.
So, here are the rules:
Whenever you finish reading a manga or watching an anime movie, season, or short series, post here and give it a short review. (Post spoilers for major or minor plot events in spoilers, obviously.) If you feel someone else's review is shit, tell them why so they can improve. I'll start.
Name: Made In Abyss
The Good: the worldbuilding is phenomenal, and the environments are gorgeous. The titular abyss or Netherworld that the story takes place in has varied and versatile landscapes, and each and every one of them is memorable. The creature design is serviceable, a few are uninspired but for the most part they feel at place in a hellscape.
The Bad: there are a few plot inconsistencies and conveniences. Near the end, one of the characters who is portrayed as an experienced researcher seemingly wastes all but two of his test subjects, and then allows the remaining two to escape easily. Reg's arm length seems to fluctuate depending on what the writers need. One minute he's expressing difficulty rescuing the other main character because he lacks the length, the next he's lowering himself down what are presumably hundreds of meters to descend in the abyss safely. The two hollows don't have that well of a defined dynamic, so when you see one of them turned into cat yogurt you don't feel the same emotional investment. The one sentient hollow also sort of stole the show for me, I found her motivations were far more interesting than 'I gotta find my mom.' or 'I am a robot, I will protect you from danger because plot.'
The Ugly: I didn't really like the humor. 99% of it is just some character making a remark about dicks, pussies, balls or butts. Maybe I'd find it a bit less unbearable if they weren't all around 12 (or appear to be around 12). It's just disgusting, felt like the writers were child groomers.

This in particular because i remeber some faggot e-celeb comparing this favourably to Eromanga sensei. And his reasoing was that eromanga sensei's nudity was more sexual in nature than made in the abyss. You who have seen this, do you think so to or do you disagree?
Anonymous
Sat, 25 Apr 2020 21:31:04 GMT
No.1178
1179
>>1145
I haven't seen Eromanga sensei, I mainly choose which anime to watch next based off of recommendation and most of what I've heard about it (from reasonable anime viewers, not weebs) has been very negative.
>>1139
Following up now that I've seen the first two movies. I still have yet to dig into the manga, but I have it downloaded. For those of you who are unaware, the first two Made In Abyss movies rehash the plot of the first season of episodes. For the most part, all of the animation is reused (with the exception of a few short intros, and a small teaser for Dawn of the Deep Soul that was added to the end of the second movie. I would link it, but it doesn't appear to be on youtube or is titled in Japanese if it is.) I have the same grievances about the pedophilic writing, as not a single one of the 'jokes' was cut out for runtime. That being said, the shorter runtime really did help in some areas. With Wandering Twilight being a movie with an expected ~2 hour runtime, the relationship between Nanachi and Mitty felt less rushed as a considerable portion of the runtime was devoted to it. I also noticed just how utterly useless Riko is throughout the series during the movies, she essentially only exists because she is needed to drive the plot forward. Her character isn't terrible (if a bit obnoxious at times and her being a borderline sadist), but with Reg's near imperviousness to damage, extending arms and god cannons she was already a far cry from being the party's greatest asset. She seemed to have a lot of general knowledge about the abyss, at least until Nanachi appears and reveals herself to not only be an encyclopedia of abyssal knowledge, but to be an adept surgeon. Nevertheless, every character still treats Riko like she's the bees fucking knees when Made In Abyss's entire premise is a glorified escort mission for an above-average chef with mommy issues.
Anonymous
Sat, 25 Apr 2020 22:36:52 GMT
No.1179
>>1178
Eromanga sensei is a good series, highly recommended
Anonymous
Sat, 25 Apr 2020 23:01:24 GMT
No.1180
File (hide): 7F8C9312700974CFA4510C0BDEA5741F-110091.jpg (107.5 KB, 1280x720, 1587855408.jpeg)

Anonymous
Sun, 17 May 2020 05:56:29 GMT
No.1185
Rising of the Shield Hero is good.
Has defendy boi, he is gud defendy. Works to improve, but he has alot of potential unexplored (the anime covers what it can).
Technically unknown semi loli shanker, uses her powers of accepting abuse to continue foward.
Fluffy feather furry wagoneer is the third section of the budding love triangle that protecc only wants to go home till he realizes they are all friends.
Just about everyone has varying degrees of uselessness. Except the weapons, and armor dealer he does a good job consistently. 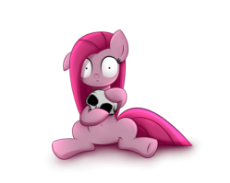 >>1190
>For anyone wanting to see the wtf fest for yourselves.
Tentacles again?
Aaaaaaaaaaaaaaaaaaaaaaaaaaaaaaaah.
Anonymous
Thu, 21 May 2020 15:28:01 GMT
No.1192
1193
Finished the first season of Goblin Slayer, Shield Hero, and Reincarnated as a Slime.
Holy shit, they're all shit.
Let me start with the worst, Slime stopped being funny after the first half of the first episode. I was hoping it would get better, but I lost any hope once the ogres got names. I feel betrayed by the reviewers.
Then there's the disappointment, Goblin Slayer. I was really fucking looking forward to this. People hyped up to hell and back as an anti-PC, no punches pulled masterpiece. It wasn't PC, but it wasn't a masterpiece. The anime lost steam as soon as the magic users proved to be impotent. And then there's the generic anime bullshit. Awkwardly inserted fanservice, unrealistic harem formation, fucking ice cream. The ending fight was also disappointing.
The least disappointing, but still kind of bad, Shield Hero. The biggest issue this anime had was unreasonable characters holding back the plot progression. How do these numbnuts not feel guilty for holding back the shield hero every step of the way? Why the fuck do they continue to give him shit after they are proven wrong and unreasonable? Why in the motherfucking fuck would the filolian queen kill all four heros, including the shield hero, instead of just the bad three? The characters just piss on their own logic sometimes.
Before anyone asks, yes, I finished the whole season for each. As much as it pained me. My next anime is Charlotte, I already set my expectations extra low.
Recommend spoilers, but it's also a few years old by now...
Anonymous
Thu, 21 May 2020 16:45:12 GMT
No.1193
1194
>>1192
Shield boi
1. They are fucking nutjobs years of indoctrination built a mental fence after years of indoctrination, and being hyper focused. Logically all the fucks had to do is give him an assortment of weird shit to absorb into the shield.
There was a whole religion in human kingdom saying shield boi was the big bad evil guy. (They could have used the cool religious tool thingy to be helpful instead of being a cunt. They didn't ever show it being used to repel the monsters at all. They have everyone with loads of mana super charge the thing, and fuck up the monsters from afar.)
2. Filolian queen was lieing to make Filo (the wagon chick) fight with everything she has. Also some thing about how every hero has to be dead before they can get a refund. Is true, but isn't viable.
3. Human queen did more, but not enough. Sure there was magic tv to broad cast it all. OP magic user is a mini nuke unto herself. It's all so tiring.
4. Alot of potential not explored further. Maybe they will do so later, but...
Gobby killah kun isn't PC and that's all. It can have some redpills looking at it from certain angles.
Harem formation?
1. This is from my limited point of view D&D animeified. Magic users using their bs to make ice cream makes sense, they have a monopoly. The ice trade is important for keeping goods... good. Creativity makes the magic what it is, and most don't bother using it or training it that way.
2. Elf holds back Slayer man too much. Being an irrational cunt not wanting to use poision, and fire, and explosions.
3. I kinda half remember the fight. It's more of a 'Yeah Teamwork!' than a fight with world sharing stakes. Also shows the world is full of people that could take care of the problem quickly, but don't.
Reincarnated as a (wet gooey mess) Slime
I haven't watched the anime. I did read the manga, and the web novel. And it's been a while.
Slime (insert gender here, but is actually based on the body so is asexual) goes around being a big damn hero all the time. Any problem Slime has it. If not they get the people/thing to get it done.
For a normal KILL THE MONSTERS it isn't this one. It's basicly a slice of life with power leveling and skill aqusition.
So what exactly made the animes not be as good as it could have been?
Anonymous
Thu, 21 May 2020 23:12:58 GMT
No.1194
>>1193
Like I said, Slime anime wasn't funny, Goblin Slayer was lackluster and falls into generic tropes, and Shield Hero just has really shitty characters who never learn and are constantly holding the story back.
[View All] [Last 50 Posts] [Last 100 Posts]
12 replies |  4 files |  7 UUIDs |  Page 1
[Go to top] [Return] [Catalog] [Reload] [Archive] [Update] ( Auto)