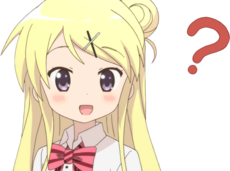 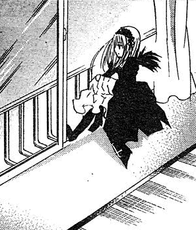 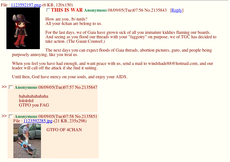 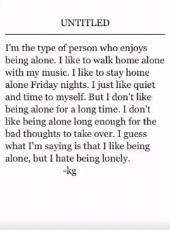 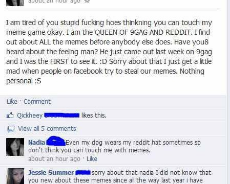 Legend has it that if you travel east to Japan, you will find an old man living on the coast just 40 miles south of Tokyo. If you give this man $500,000 he will take you to an island just off the coast that can't be found on any map. This island is filled with people without faces or names, who hold grudges over the most trivial of matters.

When you arrive at this island the first thing you will see is a swimming pool that is never open. Just beyond the pool you will find a town that is filled with cats. You must find a white cat wearing a pink bow. If you ask the cat how to get to Mexico, he will stand up and ask you for three things: Your name, your face, and your soul. If you agree to give them to him, your face will vanish and you will forget your own name.

You can live on the island and have whatever you desire, but you can never leave the island. The only way to escape is to find the cat again and ask for a young child. The next day a van will pull up in front your house. You will hear a knock at the door, and a voice will ask if you want to come to a party. No one knows what happens if you answer the door.

Hello newfag. Meet Anonymous. You'll get along fine so long as you follow the rules.
No trying to understand, asking questions, or /attempts/ at posting. Lurk moar. You'll learn faster, and be smarter.
If you see some stupid claim, guess what.. It's valid until you argue why it's false. Nothing is known for sure and the
insane may stand if unchallenged, and citation is forfeit.
Invoke Pics or it didn't happen, to bloggers.

You have no need for identity here. Each post is as valid as the last.
Here will be your first station Anon. You might want to brace.

THIS IS /B/ YOU RETARDED FUCKWITS ITS THE LITERAL ASSHOLE OF THE INTERNET. IF HATE AND SHAME HAD A BABY WITH RACISM AND SEXISM AND THAT BABY ASEXUALLY REPRODUCED WITH ITSELF INSIDE A VAT OF RETARDATION THE MUTANT OFFSPRING WOULD EVENTUALLY COLLECT ENOUGH SENTIENCE TO DISSOLVE INTO SOMETHING MORE USEFUL THAN THE ENTIRETY OF THIS WEBSITE

Don't mind the 1st & 2nd chapters. The third movement is always where it's at.

BAM! TO BEHOLD, A PUBLIC BULLETIN BOARD, BUILT OF BOTH BRILLIANCE AND BARBARITY BY BASTARDS WITH BONERS. THIS BASTION, NO MERE BULWARK OF BOREDOM, IS A BRUTAL BARRAGE OF BLISTERING BULLSHIT, BARELY BENEVOLENT... BUT BEHIND THE BIGOTRY AND BOOBS, BEYOND THE BITTER BROADCASTS OF BRAGGING BUFFOONS: HERE BE THE BODY POLITIC. A BROTHERHOOD OF BLASPHEMY, BLESSED WITH MORE BALLS THAN BRAINS, BATTLING THE BLAND, THE BOGUS, THE BENIGN. BEDLAM? BRING IT ON. BUT I BABBLE... BETTER TO BE BRIEF. YOU MAY CALL ME /B/.

They didn't take jokes Anon. They took our seance of belonging. They butchered any joke skeleton that literally text on the image must have been a side splitter.
Least reddit "courtesy" buy using vectors to save bandwidth not find the superior content a reverse

We can deal with retards being retards. But 9gag is a liar. It's shameless in trying to claim a power it never had.
Like newfags on main BBS's now. Throwing round Chan URLs like their gang signs.
But hey, least they're our underage and b& tards.
9gag with consume everything as if its theirs and they directly did it.
Doesn't even matter if that's the users intent. Because 9gag claims copyright by default.
I sure I remember threads looking for the owner and some funky math about data bandwidths to voltage stepping.