Now I am personally a Gen 2 man I think it was easily the best generation! It improved on everything Gen1 had and had pretty much all of Gen1 in it at the same time. The graphics where better, the addition of color was fantastic, and most of all more legendary Pokemon to get!The story was straight forward, there was no dumb twists or dumb ass side quests to the extent of later gens.

I personally didn't like Gen3 as much i felt it was less straight forward, I didn't fully get team magma vs team aqua and they where not NEARLY as love able as team rocket (Also their music was not as cool). Best part of Gen3 was fucking Aron that Pokemon was THE BEST TANK!

Gen 5 WHY DOES THIS EXIST! there was NO redeeming qualities to Black and White or Black and White two! The game sucked, the game felt formulaic at this point, it felt like the same old show all over again.

Gen 6 Easily the strongest gen of the new generation of Pokemon what a good game I fucking loved Y they did a fantastic job on that game really felt new, crisp and fun!

Gen 7 played a good deal of it but never beat it. IDK with Gen 7 it felt like it broke the mold too much and wasn't really the same any more at all the basic idea was the same but it just felt weird and like it didn't fully belong.

Just my opinion on the Pokemon Gens. 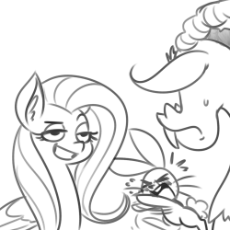 I can't get over the fact that this thread was made, then never bumped for so long that another gen came out, then was still on the catalogue for years. 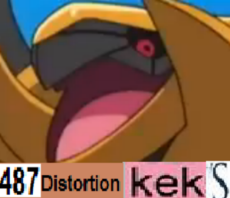 >gen 1
it's alright, breaking the games wide open was half the fun for me though, so that's not exactly a good thing from the devs' perspective.
>gen 2
most of the added pokemon kinda sucked, but the world was neat to explore and having an entire second region to comb back over after beating Lance was legendary. Gen 4's remakes did it better IMO, what with the extra additions of being able to capture mewtwo again (among other legendaries) and also having pokemon follow you around.
>gen 3
pretty alright, solid contributions across the board and fun gameplay from both the mainline games and the remakes of gen 1! Not really a fan of how wallace takes steven's place as the champion in Emerald personally, but that's just my opinion.
>gen 4
my personal favorite gen. Solid additions across the mons, a nice region to explore, the highest stakes yet, and the toughest/hottest champion to face even now, according to many people! Yeah, the first two games had some iffy changes to moves like hypnosis, but Platinum fixed all of that and then Heartgold/Soulsilver came out and shattered everyone's expectations, becoming the best pokemon games to this day to many people.
>gen 5
lots of creative new additions across the board, not just with pokemon, a great story across its games that actually continues on in a way more impactful and gripping than whatever continuity happened between gens 1 and 2, and some fucking great music and legendary spritework to top it all off!
>gen 6
the story for X and Y tanked hard, not to mention there wasn't much post-game to keep me interested. Mega-evolution as a concept is fucking awesome, but X and Y were pretty lackluster. Everyone felt pretty boring, the additions pokemon-wise were alright, and diantha was a pushover. Omega Ruby and Alpha Sapphire were pretty neat though, as long as you don't mind the lack of a battle frontier.
>gen 7
nice new pokemon to mess around with, and a refreshing new take on the pokemon journey! HMs aren't a thing anymore, so you don't have to have that one bidoof to do everything for you along the way. Ultra beasts were neat while they lasted, and Z-moves added some more flair to battles while they lasted as well.
>gen 8
dumpster fire. I don't care that they've mostly fixed everything wrong with the games at launch (RIP mega evolutions and Z-moves), I'm not paying 90$ for what used to be worth 40$ and honestly looked better on the 3DS of all things. The gen 4 remakes better hit it out of the fucking park or I'm not legitimately playing anything gamefreak makes again.

>Tl;dr
>mfw OP's trash opinions
Anonymous
Tue, 30 Mar 2021 14:44:45 GMT
8f22031
?
No.145020
My first was Pokemon LeafGreen's take on Gen 1.
Then I got Pokemon Emerald, and played it daily for years. I remember making every daily event (visiting that chick in sootopolis for a berry, checking my berry farms around Hoenn, etc) part of my daily schedule while I was getting dressed.
I mentally associate the shitloads of terrible-to-decent romhacks I played as a kid together as "gen 3.5" since many contained some or all Sinnoh pokemon.
Gen 4... I was hyped as hell for it as a kid but it felt unsatisfying. The formula started to get stale for me here.
Gen 5's story was excellent for a Pokemon game but bad by the standards of an ordinary game. The terrible on-rails pacing full of roadblocks and other bullshit really started to get obnoxious here.
Gen 6, I skipped because I had no money at the time
Gen 7, dull and uninteresting. It no longer felt like my own journey. It felt like a cutscene simulator that over-tutorializes everything.
And then I played gen 6 as a Hard Mode romhack that made the game hard as balls and necessitated using a team of OP pokemon to compete with the OP bullshit you'll see from damn near every trainer.
I still haven't played gen 8 because I don't own a Switch also fuck SwSh.
[Last 50 Posts] [Last 100 Posts] [Last 200 Posts]
3 replies |  3 files |  4 UUIDs |  Page 9
[Go to top] [Return] [Catalog] [Reload] [Archive] [Update] ( Auto)