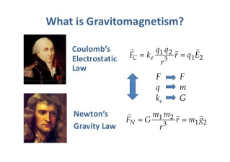 Anti-matter, anti-gravity and space
Anonymous
Tue, 06 Nov 2018 08:20:41 GMT
gCvEh
?
No.67420
[Last 50 Posts] [Last 100 Posts] [Last 200 Posts]
>On a Possible Cause of Negative Sign of Gravitational Interaction Between Matter and Antimatter
>Based on the mass-energy equivalence from special theory of relativity, we conjecture simple and clear framework for the purpose of conceptualizing atomic mass generation mechanism for a single hydrogen atom. We then apply it to see if it would offer conclusive clarification of the issue of the sign of gravitational interaction between the Earth and antihydrogen atoms at CERN. Our testable prediction is that the interaction will be conclusively repulsive, i.e. of equal and opposite magnitude as compared to the attractive one. We are confident that, if experimentally verified, our conjecture has sufficient potential to result in a theoretical basis of the first experimentally testable quantum gravity hypothesis.
...
>This, in turn, would imply that we could expect vast regions of atomic antimatter dust to be present in the intergalactic space, thus solving the mystery of the missing antimatter. Similar scenario was hypothesized by Bars and James [5]. Such vast regions of antimatter dust would power not only cosmological inflation, but would also power antimatter regions’ self-expansion, which would further accelerate the inflation. Antimatter and its antigravity would naturally eliminate the need for dark matter and dark energy.
...
>In regard to the [gravito?]magnetic terms being wholly unfamiliar, because we don’t sense them in everyday life, we think that this is due to magnetic fields being gravity’s propagation medium. We suppose that gravity interactions make use of magnetic vortex tubes. It implies that gravity is a very complex phenomenon, much more so than magnetism, and not a fundamental force with its associated carrier particle.
...
https://quantumantigravity.wordpress.com/
http://vixra.org/abs/1810.0036 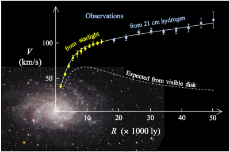