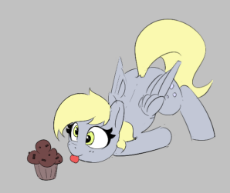 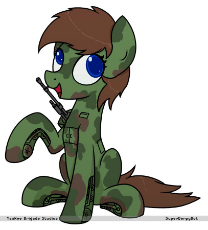 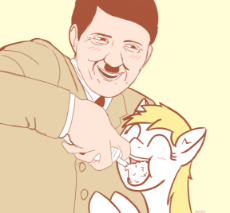 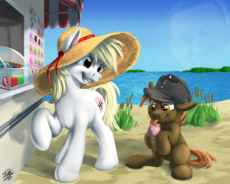 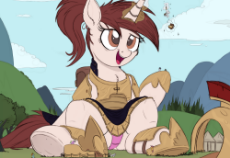 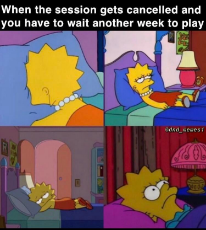 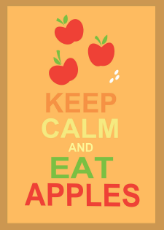 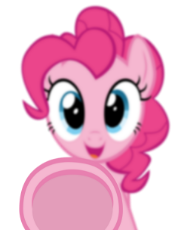 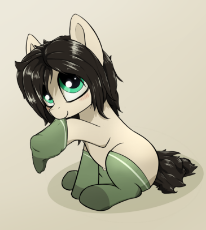 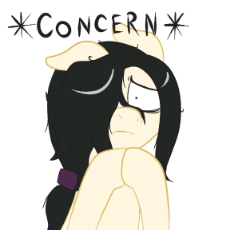 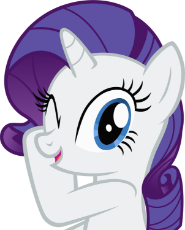 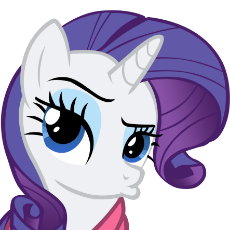 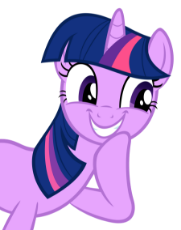 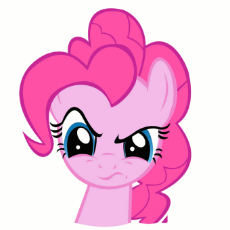 >>164934
>one has no grounds expecting the grouo to accomodate, unless theyre willing to likewise accommodate the group.
Good groups can bear with the disappointment of cancelling a session if their friend, who has been a valuable nd consistent player up until then, can't make a session because they have to go to their nephew's birthday party, because some thing's in life matter more than a roleplaying game.
Would you say that player should be kicked out of the group because he couldn't attend the weekly ritual that is done for fun? What if that player was cool? What if he showed up on time on the days he could play, made a character that fit the adventure, shared fun jokes and memes during session, and drew people's characters for them? Does he "have no business" playing just because life got in the way on a few weeks?
I don't cancel sessions because I can't just move forward without absentees; i primarily do so because I value my players and I want them to all get to appreciate the content I prepared for them.
>The group comes FIRST.
Actual cultist mentality. 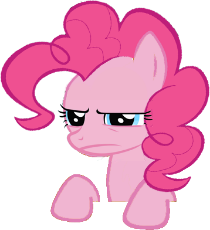 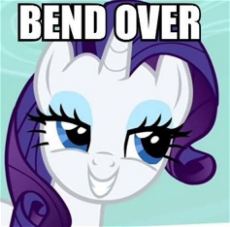 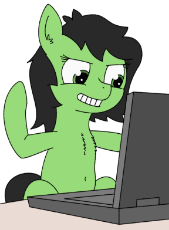 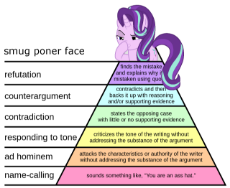 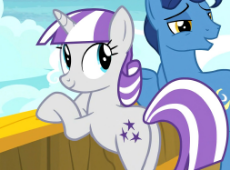 >>164955
>individuals have been absent, but the group has made it happen.
That doesn't always work in some games.
Sometimes, a treacherous dungeon requires nothing less than the entire party's combined strength to conquer, so it's likely to result in a TPK if the party's Cleric, Martial tank, Trapfinder or Mage vanishes in the middle of it and the party pressed ahead anyway (resulting in the death of every character who's player showed up, but not the one who was absent). Sometimes a game has character-specific content developed over the course of a year that would be disappointing for said character to miss out on.
Or sometimes the party would just rather wait for the player to play, because they like that player and know they'd appreciate that part of that session's content more if they were there. Sometimes parties are willing to wait for their friend, even if it means some frustration, because the value that their friend brings to the table is better than whatever fun they might've had pressing ahead with the story.
For cases like that, I'll sometimes prepare a backup session with some inconsequential, low-crunch sidequests for the remaining players to enjoy, or let them talk to NPCs and explore the world through dialogue and skill checks, instead of tackling the death-trap megadungeon or going through the climatic peak of the story's dramatic arc.

My most recent games that I DM'd have only luckily missed a couple sessions out of 2-3-ish years, but on the couple weeks I did cancel it was either because the group was cool with it, or because it happened that more than one player had trouble (college exam season).
However, I've born witness to other groups with exited players and dedicated DMs who all really wanted to play but couldn't because of cursed scheduling that prevented them from even having session 1.
>You still havent grasped the Roleplayer's Social Contract yet.
Now you're just being pretentious. Every table is unique, and everyone handles scheduling differently.
You must not played with very many different groups to have that outlook, because scheduling difficulties are the one of the most prominent frustrations for roleplayers everywhere, especially for new GMs who don't always have the skill to handle it. Not everyone has the same favorable circumstances as you.
Anonymous
Fri, 22 Jul 2022 14:57:44 GMT
No.164957
164961
>>164949
>Lets look at Critical Role
I have never watched that, and I don't feel like doing so for the sake of this discussion either.
>My players are perfectly responsible and willing to make committments to the game. As said, exceptions to exist, but they are exceptional rather than common.
So are mine; especially my most recent ones. Scheduling problems have still occurred.
I've also played with a lot of different groups and DM'd for over thirty different people in the past three years. Sometimes it takes a while to figure out everyone's availability or circumstances, and sometimes you find that even three close friends can't afford the time to play on the same day.
>lack of discipline
Tell me how your "discipline" helps you synch up the schedules of three people in Europe, Asia and the United States, or enables you to play when a player can't show up because his power went out and he has no wifi, or allows in-person players who live cities apart to convene in the same location without failure due to lack of reliable transportation.
It's more than just a skill issue.
Anonymous
Fri, 22 Jul 2022 15:01:54 GMT
No.164958
>>164955
>For me it isnt a problem
Good for you, but idk what you're trying to assert when you say that other people shouldn't have their own struggles because of "discipline".
You keep saying that scheduling isn't a major problem, but the only solutions you've given are "be more disciplined" (vague) or "get better friends/groups" (misses the point). It's not exactly helpful or insightful.
Anonymous
Fri, 22 Jul 2022 15:10:04 GMT
No.164959
File (hide): D665A570D0D459F8CAF6357B46104C23-44479.jpg (43.4 KB, 600x600, 64b85040739ce4f80ba0d01e8c6e5c6c.jpg)
[Bing] [wait] [Tineye] [Yandex] 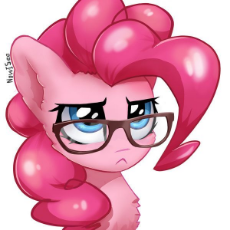 >>164947
>this is an in person group youre speaking to?
In person or online. Scheduling problems are different for either, but both have their own problems.
>Be clear and precise with expectations. Make a schedule. You know, effort.
That doesn't fix the problem if players find themselves unable to meet those expectations.
>Good players dont ask them to
Nobody said anything about players asking them to.
>decline a session
Sometimes that doesn't work, due to small party size and/or high crunch game.
>you CAN flaunt that you have literally nothing to offer
How about you give actual event-planning strategies instead of pretentiously implying that scheduling conflicts never happen in "disciplined" groups?
At least the other guy is posting mares.
Anonymous
Fri, 22 Jul 2022 15:31:22 GMT
No.164960
>>164951
>depreciation in the quality of players
First of all, the Critical Role influence mostly only affects 5e players (sucks to be them). The game I was referring to when I made the thread wasn't even d&d; it was Chaosium Basic Roleplaying System: an ancient, obscure system that is not attractive to Critical Role newfags; and so as much as I'd like to blame Matt Mercer for all my problems, it's not relevant to the situation. That session was cancelled due to two long-time and dedicated players not showing up because of circumstances beyond their control. It was a bummer, but shit happens.
Second of all, that is missing the point. In any case that I'm frustrated with scheduling conflicts, it's because my players are fun, valued and dedicated, and I actually want to play with them, which is why I'd be frustrated to be unable to play.
It's not hard to find random strangers with perfect attendance: they're a dime a dozen online. The challenge is getting to play with your friends who actually want to play the game, despite obstacles.
>intellectual honesty
???
Wtf? Did you ever interact with anyone who cared about "intellectual honesty" on /pol/? It's always been people shitposting behind 6-9 levels of irony, which is how I liked it before /ptg/ attracted all those electionfag redditors who take everything seriously and couldn't resist being baited.
Anonymous
Fri, 22 Jul 2022 16:53:36 GMT
No.164961
164962
>>164957
The discipline to avoid gathering and committing to a game group that cant feasibly convene with a set schedule? The discipline to set reasonable expectations of yourself and your players?
Anonymous
Fri, 22 Jul 2022 17:49:29 GMT
No.164962
>>164961
By that, you're saying that some groups just shouldn't play in the first place. That's is the definition of a scheduling conflict.
Idk what it is you're trying to prove.
[Last 50 Posts] [Last 100 Posts] [Last 200 Posts]
48 replies |  25 files |  9 UUIDs |  Page 4
[Go to top] [Return] [Catalog] [Reload] [Archive] [Update] ( Auto)