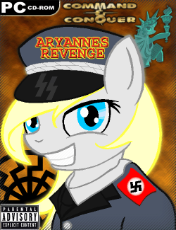 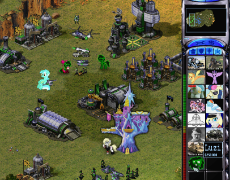 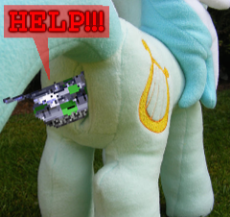 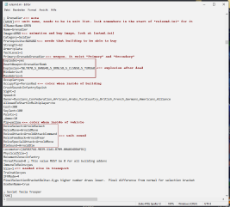 my plan is to make 2 new fractions you can play >
>Equestria
>Third Reich
equestria will have mostly special units, you can only buy one of them until it dies.
so you can make youre own team with different ponys and everypony is good agains some types of troops.
the sweetie bot as example is good agains aircraft and tanks because it shots rockets like crazy.
but i want that game to be funny and strange, as example, lyra goes backwards and humps tanks until they explode.
i want more of fandom stuff in it,
so when you have a idea for a pony to add,
just say it!
and for the third reich i plan to put some UFOs in it of course and...
...adolf hitler. as buyable thing. he flys with a cape around and zaps the enemy with lasers or something.
not sure about it. maybe its to crazy. but when it makes fun to see him flying around and killing some units, i will add him.

i have to say, i teach myself how to change the game but that process just takes long.
i can add new units but not change how they look, but i get the buy image to work back in the days so that should be also possible.
i also change the computer player a bit, makeing him buying the new units i add and also building more heavy groups.
so its not that easy but i still kill the enemy to fast so i really have to play more with it.

the "md" behind the data says its for the yuris revenge part of the game.
when it dont stands behind it, it mostly means that its only for red alert 2.
here a list about .ini files i know what they do >
>aimd.ini > here is how the enemy attacks and what for groups he build.
>artmd.ini > here you can change the building image called "cameo" and more stuff.
>rulesmd.ini > everything you can build. also it has the weapons in it and the unit lists. and most of the gameplay rules.
i work mostly with rulesmd.ini and i test a bit around, i make a drone as aircraft carrier as example, it works.
also great working is the grenadier, he explodes when he dies. super funny. i add them as jetpack unit, super powerfull.

i really dont care where this project is going aslong AS I DONT NEED SOMETHING TO INSTALL TO MAKE THAT MOD WORKING.
i test some mods back in the days and the best ones are without installing. you just put the data in the folder from red alert.
and thats how i want it. i want it also funny and a bit silly and insane.
someone came up with a awesome idea for rainbow dash, she can cloak buildings with clouds and punches airplanes so she clears the sky in 10 seconds flat.
hehe.

soooooooooo do you want to be part of it?
i need alot of different ones for my plan >
>artist for models and images and sound
>programmers who are into the old way of programming
>advertise and recruiting help
>map maker and story map maker [the program for it is called "FinalAlert"]
>story writer
>merchandise
>ideas!!!

i mean i can do everything on my own but that will take years.
i need help to understand all of the data i get back in the days from someone.
and it dont matter when you cant program, it goes from very simple into really hard.
i post a image how the easy part looks.

bdw the data i send is not 100% original, its a bit changed.
you can test my mod i made so far but there are no ponys in it, yet.
i plan to make the ponys in size of a tank because to small just looks stupid.
the game also needs a story, and it should fit with the cover "Command and Conquer Red Alert 2 Aryannes Revenge"
i dont plan to earn money with it its just a fun project, i love that game.
and with every change it will get better.
i want to discuss my project in that thread here but when you want to talk with me about it in discord, my name is "━𝖫𝖴𝖹𝖨𝖥𝖤𝖱𝖨𝖭𝖮━#1640".
or you can join my server and add me there when you cant find me. "https://discord.gg/Wj69YZj" 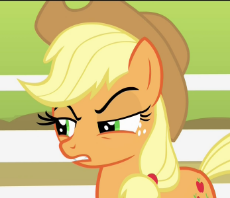 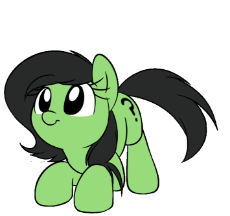 If it's your first project you should start with something small like modding red alert 1 and instead of the whole game you can add a new troop. Like, instead of russian dogs, The allies have ponies etc...