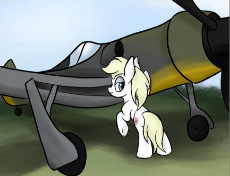 In Free Equestria (East Equestria), Iron is trying to intimidate a group of criminal griffin interlopers. Fantasy Play is helping to shut down an Anarchist press. Silver is helping his new household. Amber Sunset is walking through the city, and Dark Star has just finished helping the orphans.

"Yeah, it's pretty straightforward most of the time."

"Oh yes! Just take note of who is there when, what sized tables are available, who has reservations, any suspicious persons coming in, answer any questions ponies have, keep track of wait time... give out menus... there's more but I can't think of it off the top of my head."

She loses her smile, and stops talking. Then she moves her head down into Amber's line of sight, so that she has eye contact with her again.

"Oh, excellent! I would need to check with the owner - well, the technical owner, first, before I could do anything, but... soon!"

"You do not need to apologise about that, it is fine."

Success! I got the mod to work! Now only to get my computer to run it well…
Also does anyone use submods? Apparently there's one that makes Aryanne a possible leader for New Mareland.
Anonymous
Mon, 02 Nov 2020 02:45:17 GMT
9fc34cb
?
No.137110
137112 137116
>>137106
She gives a fleeting and awkward smile, and closes the door behind her. She starts on her way to the road, before running back inside her motel room to grab her keys and lock it. She also grabs a couple bands, and begins to tie her mane before giving up on it. She moves over to the road, as a couple wagons move by. She successfully hails a taxi herself, and gets in. She defers to Silver for the instructions on just where the Taxi goes.

"My daughter liked having her mane in ponytail, too. When she lived with me she asked me to help her many times while we talked about life and how things had been."

She can feel him left go once her mane has been put up.

High Sewn remarks:
""Amber, this is Guy. He works for the full afternoon shift. You did not happen to see him yesterday, but you will be working alongside him in the afternoon."

The window breaks in its center, and though the whole window does not shatter, the center portion does, sending glass to the ground. The stallion runs and moves to try to slam the pick into another portion of the window, before starting his way to run off. 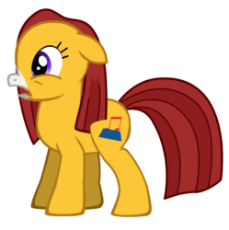 "Maarists were more simple affair, from what I understand. This place we are going to was owned by their leader, pony Sweet Boek. He came into contact with international smuggler and trafficker, griffon Stormfeather Maakie, and they struck deal. Boek would provide base of operations in Baltimare for Maakie and his operation, as well as Maar's favor, and Maakie would provide steady stream of sacrifices from those he trafficked into Baltimare as well as muscle needed to guard location. Maakie himself attended sacrificial rituals along with Boek's inner circle, but he apparently never truly held same beliefs as Boek. He just saw it as just another way to squeeze profit out of his victims."
Shimmering Spark
Sat, 07 Nov 2020 00:31:04 GMT
30db97b
?
No.137287
137288 137297
>>137280
My schedule has not been very kind to me. But I'm back.
Anonymous
Sat, 07 Nov 2020 00:36:44 GMT
0e66efa
?
No.137288
137289
>>137287
Yay!

When the sled gets closer and with the peppered wolf staring at the two with both ears erect, Waabishki says:
“Noogishkaa.”

“Is this...”
“Yes.”
His question is swiftly and sharply answered by Waabishki.

He moves a hoof up as if to say “oh,” and then tries to walk around the peppered wolf to go towards Miskobag, in a definite half circle pattern to keep a distance between himself and the wolf. He moves a step to the right, to see that Waabishki is on that side, and evidently he does not wish to go that direction, because he moves back and to the left. Waabishki asks, almost demandingly,
“What happened to Faithful Oath?”

The doctor answers, without making eye contact to Waabishki, but instead looking to Miskobag who looks back to him,
“It’s... it’s a longer story. He is not here right now. Does he speak Ponish?”

Miskobag returned the answer, his fairly deep voice sounding through:
“Yes. I do.”
The doctor moves forward, and now stands next to Miskobag, looking down at him as he looks back up with tired eyes.

The doctor asks:
“What are his symptoms?”

Waabishki, who seems to understand the question as directed at her, opens her mouth.
“Uh...”

Makade speaks for the first time since he returned. He must be standing to the left and slightly behind Spark, and he has barely been seen except on the periphery.
“Aaniin aakozi?” He says

“Oh” Waabishki says. “He’s been fatigued, and kind of just wasting for months.”

“For how long?” The doctor asks

“I... think...” Waabishki tries to answer, but it’s Miskobag who replies in full

“August. I’ve had chest pain, and swelling. I feel tired. And it’s hard to eat; whether to swallow or to feel hunger at all.”

The doctor narrows his eyes and looks more closely at Miskobag. “And what do you eat” he says to himself, as his lower volume implies he does not expect or want an answer. He leans in towards Miskobag, still several feet away. “Let me see the swelling” he says, moving a hoof slightly closer to him, but still six inches away.

“Do you think he will bite Waabishki says with a clear air of offense. The doctor winces.

“It’s okay.” Miskobag says, and moves onto his side. Miskobag’s belly is exposed, with swelling just below the rib cage, and with a thin belly otherwise. The doctor gently touches it, and applies some pressure, causing Miskobag to wind gently. He lets off.

Makade has walked closer, now standing very close to the doctor behind him, looking at Miskobag and the examination very closely. The doctor keeps examining the swelling, before pulling his bag up next to him, and with a glow of orange magic, pulling a stethoscope out of the bag, and placing the relevant parts against his ears and Miskobag’s chest. He looks off towards the trees for almost a minute as he listens to Miskobag’s heart and breathing.

Makade, only a couple feet behind the doctor, breaks his silence to ask “So...?”

"Yes. The gangsters were from Skyfall before they made their way here. It was mutually beneficial relation for them both, and from what I gather had been going on for years before we stopped them. Those they captured would be forced to work in sweatshop to make cheap coats to sell. Those who were not sold as slaves and servants to highest bidder would be drained of their life force by changeling they had captured, kept in changeling pod until cultists had need of sacrifice, and then brought up to be sacrificed by having their ribcage torn open and exposing their heart to be stabbed repeatedly by cultists using wicked sacrificial daggers. After that, their hide would be either turned into fur coats or tanned into leather, any unicorns, deer, or kirins would have their horns sawed off for ornaments, and rest of their body disposed of. How they were disposed of depends on how long ago this was happening. They originally threw corpses down garbage chute, but eventually they discovered that they could use gnolls they had hired on to devour them whole, bones and all."

Silver blinks a couple times, and rubs the back of his neck awkwardly after realizing that she may not have wanted to hear all of that.

Waabishki sounds a little angry:
“What can your medicine do, ‘doctor’?”

Makade and Waabishki step forward. It’s Makade who speaks for the two of them
“Travel by train? The... ‘Changelings’ consider us in a state of war. They’ll shoot us if we go into town.”

“Well... thanks for trying. We are going to have to clean this up and close gif the day, and get it replaced quickly.”

She stands partly inside the door and partly outside, torn between her desire to handle the situation inside, and to not get cigarette smoke inside.
[Reply] [Last 50 Posts] [Last 100 Posts] [Last 200 Posts]