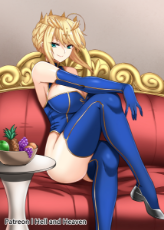 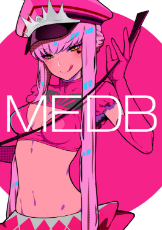 >>115148
Just fleeing an overzealous janny deleting discussion on the state of the game. So short rundown:

JP version of the game at this event got 30 saint quartz. 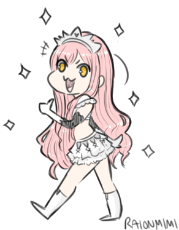 Welp, may as well enjoy the freedom here.

>Medbanon's documentation of SQ distribution between NA and JP
https://docs.google.com/spreadsheets/d/e/2PACX-1vT39jA_NP_mKKz58lLwAvCrpFKlm2byawVL-h0neOmDoQcUdp6NpCwuPkbrGL1iVM3hggDDE9FKn19C/pubhtml#

>Staff is composed of seaniggers that aren't allowed to talk in social media
>Confirmed from the JP director that you'll never catch up
>Meanwhile every other servers are confirmed catching up
>Translations are only a bit above google translate and done by non-english speakers
>Facebook campaigns are for measly 3 quartz with large milestones
>The server fails to meet the said campaign and gets punished for it
>Then the staff stops hosting campaigns for reruns as well
>Bugs that should've been fixed after their first appearance in JP pop up every update
>Players that got locked out of the game for 72 hours got only 10 quartz as compensation
>Staff only listens to reddit who says GO SLOWER I HAVE A LIFE AND WORK UGH
>DW refuses to put out new QoL from JP and we are missing some that should be out already
>Anniversary quartz reward gets gimped by 2/3rds
>Overly underwhelming anniversary stream
>Official new content streams gets done in a lobby couch through twitch with guest literal whos
>Castrate the GSSR so they can run it on Turkeyday because "you like thanksgiving, right?"
>NEW YEARS AND CHRISTMAS get disregarded and less important events compared to Thanksgiving
>Disentangle events that have a strong synergy to make sure people cannot take advantage of it
>We are missing a lore
>We are missing the entire Kintoki pre event shop
>JP got about 50% more apples than we got during their first year
>The shitty amount of quartz we got was frontloaded so there is literally no reason for new player to pick up the game on NA now
>Didn't give us any christmas/holiday season bonus because they gave us 10 quartz as compensation for a gigantic fuck-up and didn't want to give us anything else
>Give us half AP during the 100% dead weeks after Dango Fest
>Then staff said "it was a mistake" and took it out killing any hype
>Cut out an entire event and all the quartz and tickets from it (https://grandorder.wiki/Servant_Classes_Event)

We were shortchanged 30 saint quartz for the Merlin campaign.

The Okita-Hijikata banner which also comes with 10 SQ has been skipped. This is especially concerning fpr anyone who wanted to roll for extra copies of poster girls, which are a stable of the current JP meta.

Our King Hassan challenge quest was bugged, and never even officially addressed by Aniplex or DW.

Emiya Alter was pointlessly censored. You can argue that it was racist, but censoring him actively goes against the lore. Emiya's skin is burnt because he's overused his magic circuits to an absurd degree in his pursuit to stop Kiara. Every other server kept his design intact, yet our server decides to censor him and shit on the lore?

Or how about our first fucking Paid Gacha, where they randomly moved it forward 3 months, and removed two of the servants from it.

30 SQ were taken from us during last year's anniversary. Yes, 30 SQ not the 20 that everyone believed last year. JP got 10 from the stream, then an additional 30 SQ for the actual campaign. Now you can argue that NA had the same amount og SQ as JP at this point, or even more because of the master missions and 30 SQ but launch, but that doesn't matter. Korea, China, Tawain etc. still got these quartz while still enjoying the QoL enhancements + additional quartz that we started with , so why must NA suffer when they dont?

At Launch we were promised an authentic JP experience, and yet we've been shortchanged and screwed over at every turn. This isn't just a one off occurrence, it's a constant issue.

What we have isn't the authentic experience that JP experience or the superior experience that every other server enjoyed. We have a neutered experience, where we get less quartz, bugged missions, and censored servants.