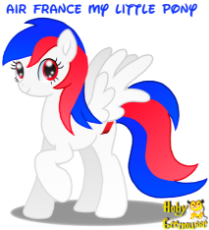 French board
Anonymous
Fri, 30 Aug 2019 21:28:04 GMT
No.4862
4863 4864
[View All] [Last 50 Posts] [Last 200 Posts]
8chan had a sizable French board called /dempart/ that was basically French /pol/ until it got Shoahed.
We need an equivalent here to give our froggy comrades a place to discuss issues.
Without permission we shouldn't name it dempart because the name comes from a specific website that started the board (démocratie participative).